“Davido did it first” Reactions as Wizkid breaks the internet, splashes billions on 7 luxury cars (Video)

The internet has been set agog over news of award-winning singer, Wizkid splashing millions on a luxury ride.

Logistics company MOA Logistics revealed that the singer had splashed billions of nairas on 7 luxury cars.

Wizkid confirmed the reports by liking the posts.

This big feat has set the internet agog. Fans of Wizkid took a swipe at Davido over their favourite’s huge achievement, while Davido’s fans also mocked Wizkid for trying to copy their favourite.

fresh.man: Davido first buy am argue with your keyboard

officialujudexx: Davido past! Smh! And Davido remain the richest

thatmustee: He’s also paying clearance fee by himself. His dad not helping him do that

______btcboy: Now this one loud pass anything congrats to Big Wiz African No 1

iamkingkeller101: Big Wiz no be any body mate

Revealing the move in an Instagram post, Davido wrote, “Na, so we go flog them for 2022, three new houses, five more cars, another jet,” he said.

This came days after Davido lamented the money he spent in December 2021.

“Just did some accounting yea. That was a very f*ucking expensive December Jesus!!! Nah mahn we need to up the score,” he wrote on Instagram.

Davido added a new Lamborghini Aventador to his collection of cars a few weeks after gifting himself a Rolls Royce Cullinan for his birthday in November 2021.

On January 6, the singer opened his new house on Banana Island.

Kemi Filani news recalls Wizkid set the internet on fire as he declared his love for Davido.

Wizkid during his performance on stage at 2022 Afronation in Portugal revealed how anytime he links up with a particular person, he was always preaching about unity.

Putting the words to life, Wizkid shocked many as he declared his love for both Burna Boy and Davido.

This divided the internet as many know that Wizkid and Davido haven’t had a strong friendship over the years.

Wizkid keeps going on and off with Davido, unlike his long-lasting friendship with Burna Boy. The two were spotted together at a club with American model Naomi Campbell. 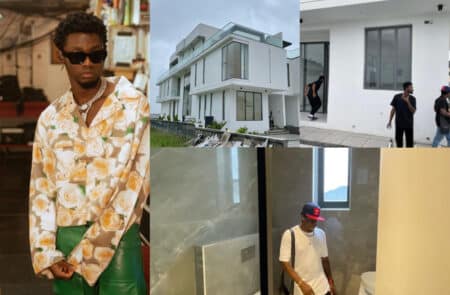 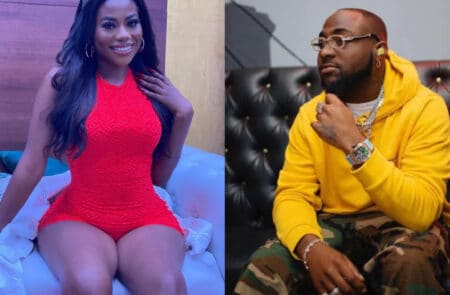