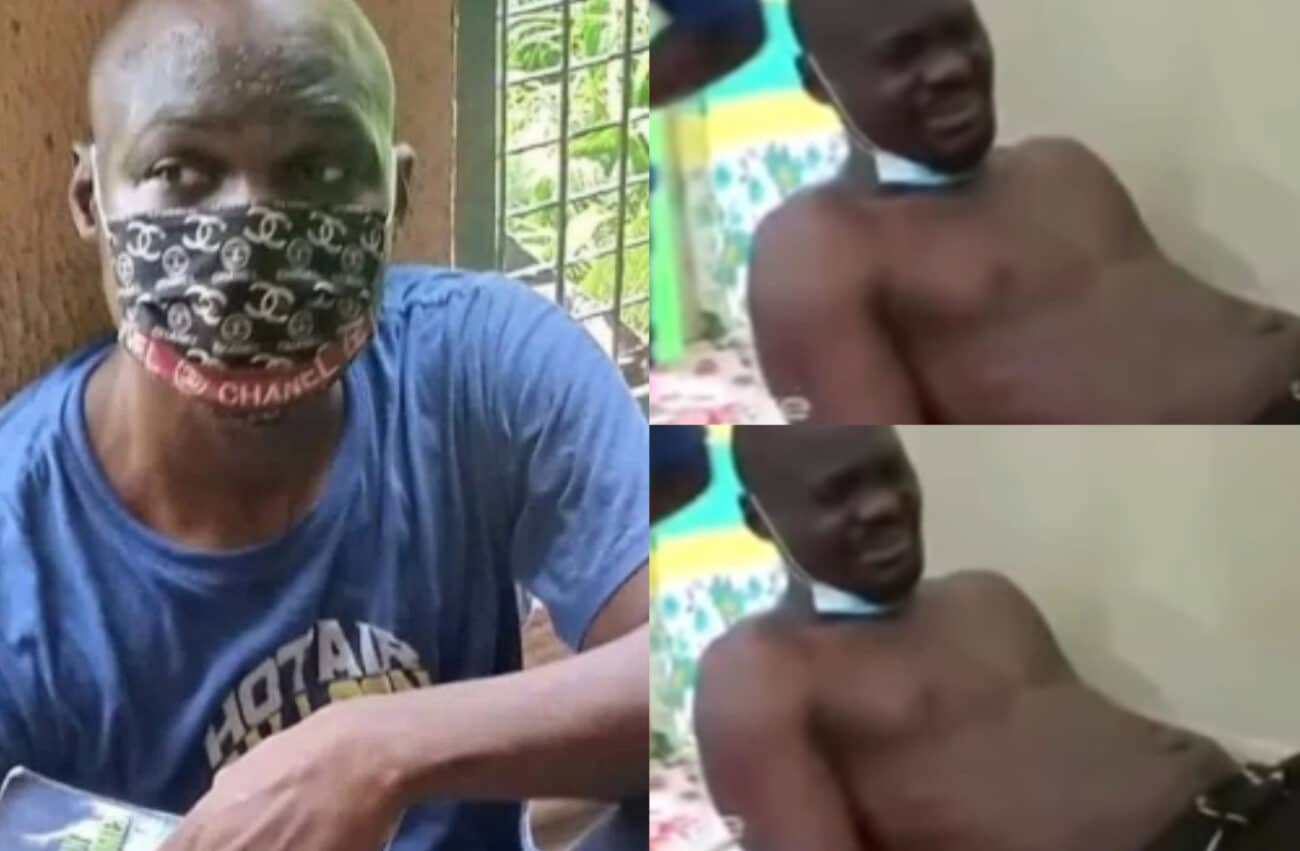 Kemi Filani reported hours ago that the embattled actor who is still serving jail term, took to social media to plead with Nigerians.

The disgraced actor who was convicted of rape in July, revealed that he has been battling a serious and deadly ailment in prison which has deteriorated his health.

The actor, who doesn’t want to die, begged Nigerians to save his life as he was suffering for a crime he is innocent of.

The actor went on to call on God to judge comedian, Princess who accused him of defiling her adopted daughter.

Rather than feel pity for him, Nigerians are dragging him. Many are of the opinion that his cry for help is only a new tactic to get out of prison.

One Abidamm Ahigeal wrote, “These are all u should have thought of before starting at all….

Maccopeper Venski wrote, “Oga serve ur sentence and be repentant for once oh! U no get shame self or sense?

One Haggiotti wrote, “This is pure acting. There are consequences for every action

Omowunmi Omobola wrote, “Oga serve your jail term in peace and more so when you were caught you admitted all what you did to that poor girl. Stop looking for empathy where there is none

Samantha Idunu wrote, “You still get mouth if there wasn’t evidence you won’t be in jail na enjoy ur stay ogbeni ja so Hand go dey touch everyone of you wey love to dey molest minors

Wande Olajide wrote, “Him no know dat when he was busy doing aroma style before make we hear word. Next topic ojare

Abisola Lapatrona wrote, “Shut that your gutter mouth, if you claimed princess lied against you what about others that testify of your paedophile nature, serve your term without creating scene. Jare, have some dignity at least if you have any left abeg. Mtchewwwwww