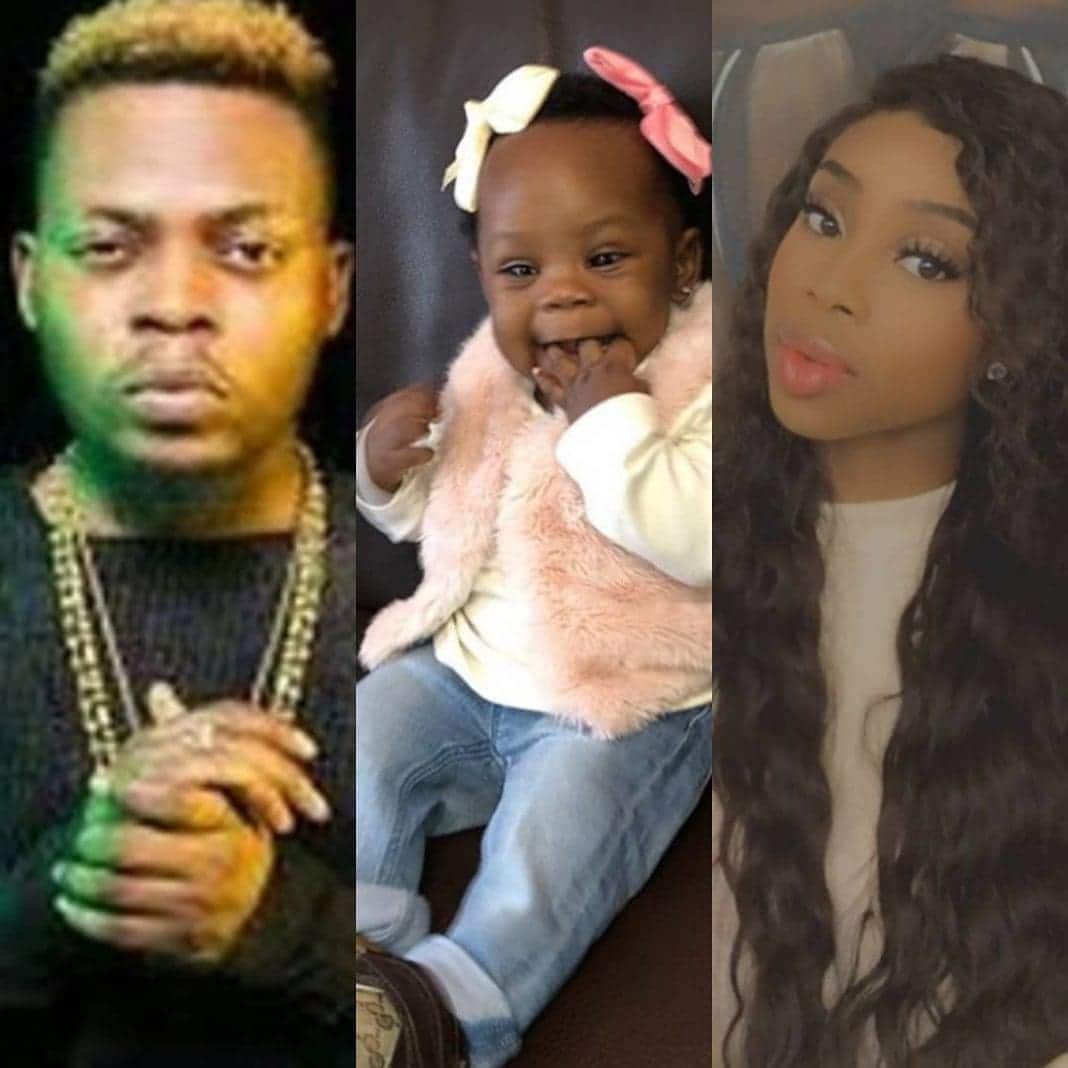 Maria Okan? You know her? She is the Nigerian On Air Personality who was impregnated by rapper Olamide Adedeji aka BaddoSneh.

The former Beat 99.9 FM presenter gave birth to a baby girl in August 2019.
The controversy trailing the pregnancy and birth of Maria’s baby girl remains an issue of concern to fans of the popular rapper, who neither acknowledged nor commented on the issue since it became public.
But Maria hasn’t given up.

From when she had her baby shower with friends in the United Kingdom till she gave birth, she hasn’t stopped inundating her timelines with photos, videos of herself and her baby.
Named Asaiah Monifé Maria, she got thousands of congratulatory messages when the cute baby was born and unveiled on Instagram.

Both Olamide and Maria must have decided to shroud the paternity of the baby whose surname had always been kept from the public.
But Maria, who has been enthusiastically sharing Christmas photos of herself, her baby and her family in the United Kingdom, let the cat out of the bag today.
“Folasade Maria Okanrende 🎉 (It was tough trying to get her to look at the camera 😩) #2020,” she wrote while sharing her baby’s photos.

Of course, she got the ‘awwww’, ‘Oohs’ and all cute emojis, she didn’t respond to some curious followers’ questions on the surname of the baby.
She made it known that the baby was named after her and they both share the same surname—Okanrende. Obviously, she doesn’t want to name the baby after Olamide!
‘Won’t you add ‘Adedeji’”? came a comment.
Maria kept mum.

Recall that in 2019, a story filtered online that Maria Okan of BeatFM was pregnant and Olamide was fingered as her Babydaddy.
Said to have refused paternity, the baby shares a striking resemblance with her alleged father.
Maria, who was said to have kept the pregnancy against the rapper’s consent, allegedly deceived him at the initial stage with a promise to terminate the pregnancy.

“She collected money from Olamide for the supposed abortion, resigned from Beat FM and left for London. However, on getting there, she decided to keep the pregnancy. Her action caused an imbroglio between the erstwhile lovers, due to the sudden breach of agreement,” source said.
But then, don’t forget Olamide had a fiancée, Bukunmi at the time of the incident.

“Bukunmi was also pregnant and seeing that the situation won’t change and it was getting messier, Olamide opened up to his then pregnant fiancée, Bukunmi.
Maria, 32, once co-hosted the popular “Morning Rush”show on Beat 99.9FM.
Olamide, on the other hand, welcomed his second son, Tunrepin Myles Adedeji, before Maria had her baby.

The singer and his long-time fiancée, Bukunmi had their first son, Batifeori Maximilliano Adedeji in 2015.
His first and only daughter is Maria’s baby.