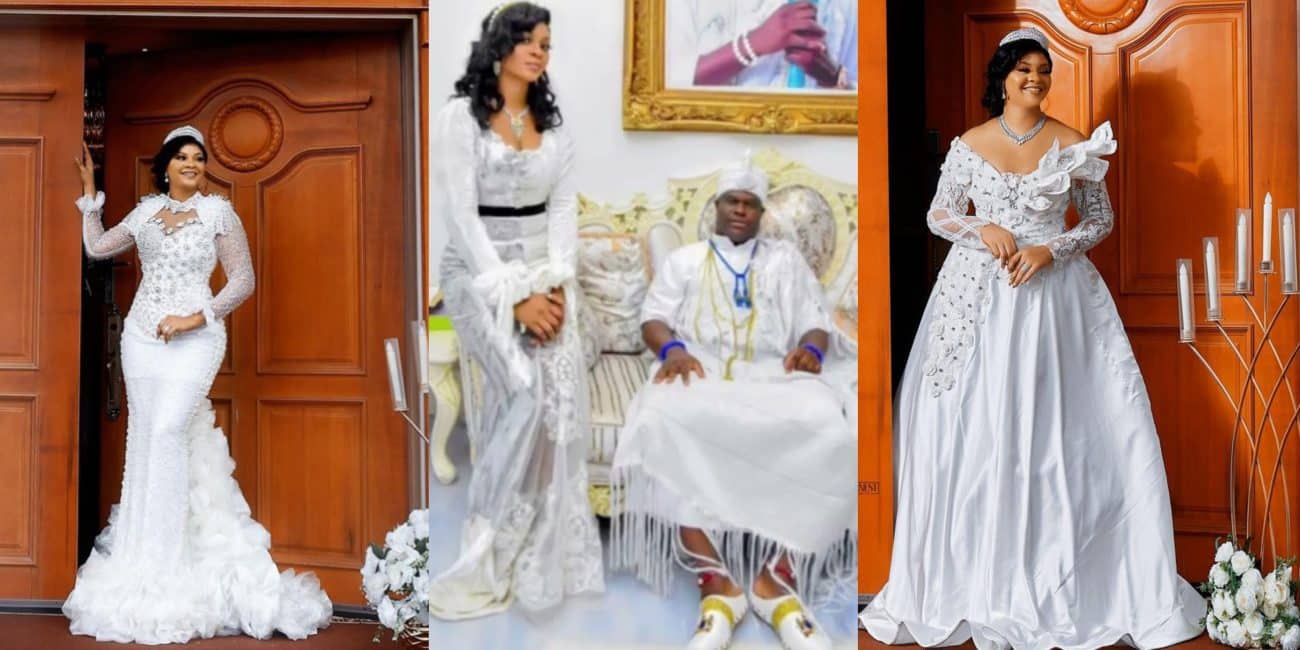 Queen Tobi Phillips Ogunwusi, the third wife of the Ooni of Ife, has spoken out for the first time on her marriage to the monarch.

Sharing photos of her in a bridal dress, Queen Tobi revealed how a man’s demeaning statement fueled her to ask God for a blessing that will shock the world.

Queen Tobi recounted how a man took swipe at her over her single status.

She had done a bridal shoot, when a man said he doesn’t see her kind getting married.

His statement shattered her and she cried out to God to bless her with a husband.

She, asked her creator to grant her a gift that will shock people who had said or done mean things to her.

Part of her statement reads,

I planned this Bridal Collection and shoot for months, asked a few friends to model for me but they seemed unavailable. So at some point, I decided to do it myself and I had that very deep urge to go all out for the shoot… Making it look as Fairytale as Possible. And a friend of mine Facilitated the shoot.

Apparently, Mo te Eleda Lorun by having this dream wedding shoot, without knowing I will be getting married soon..

Well…. I’ve always being the type who follows how she feels within, without questioning how foolish it may seem to others.

Late July or Early August someone made a statement that struck a nerve in me, I kept my cool with a smile…

And that was the straw that broke the camel’s back. I mean in the past 1 year I hadn’t really questioned God nor requested any major thing.

So, I practically promised God that I would share my Public Testimony by singing and dancing every Sunday on Social Media for as many Sundays as it requires for him to grant me a gift that will shock people who had said or done mean things to me…

(Stating clearly that I don’t know what gift it would be, but that I am trusting him)…….”.

The monarch had wedded his ex-beauty queen lover, Tobi Phillips.

Videos from the low-key wedding made its way around the internet.

The monarch’s new wife was seen in traditional white attire as she received blessings from her family.

Though the Ooni wasn’t in sight, the King sent his guards, chief and royal staff.

Queen Tobi Phillips, the third wife of the Ooni of Ife, Oba Adeyeye Ogunwusi sang his praises as he turned 48.

Queen Tobi accompanied it with sweet words, as she tooted his horns.

The ex-beauty queen went on to sing his orikis, eulogising him in her dialect. 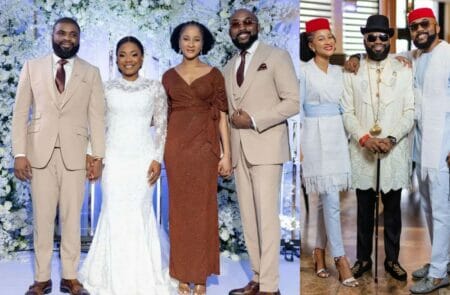