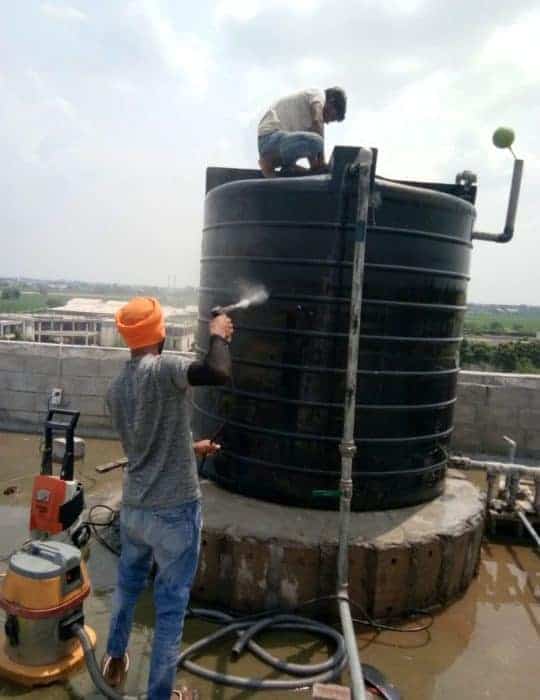 A 50-year-old Ghanaian artisan, popularly known as Pabobo, has died while working inside a water tank in the Osborne area of Lagos

An eyewitness, who pleaded anonymity, said the artisan was hale and hearty when he began working in the water tank.

He said there was no injury on his body to show that he fell while in the tank.

The eyewitness stated, “When I was going to my house through Ondo Street, I saw people gathered and a man lying on the floor. They were preparing to take him to hospital.

“But from what I gathered, the man was working inside a water tank and stayed there for some hours without coming out. Because of this, those around went near the tank and discovered that there was no movement though the artisan was there.

“The people had to call the police, who evacuated the man and took him to hospital. Right now, nobody can tell precisely what led to the man’s death except an autopsy is conducted.”

According to him, the man was said to have become unconscious inside the water tank in the Osborne Foreshore area of Ikoyi.