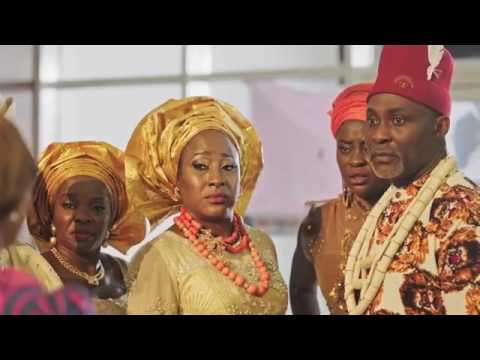 Over 24 hours after his Facebook post on the ‘celebration of 15th Wedding Anniversary” Iretiola, Nollywood actress and estranged wife of broadcaster, Patrick Doyle has kept mum on her husband’s ‘prewedding anniversary post.”

Their wedding anniversary is on December 21. Patrick posted on May 6 when his wife celebrated her 52nd birthday.

Not unexpected, Ireti Doyle, has maintained a stoic silence over her reconciliation with husband, Patrick Doyle, days after he publicly apologised to her for the problem in their marriage.

The showbiz couple separated in 2017 in a move that sent shock through the entertainment industry.
Blaming himself for the rocky situation in their relationship, the filmmaker promised to be a better man to his wife and children.

Ireti is yet to publicly respond to the message as at the time of filing this report.

Instead, she posted a thank you note on Monday to those who wished her well on her birthday.