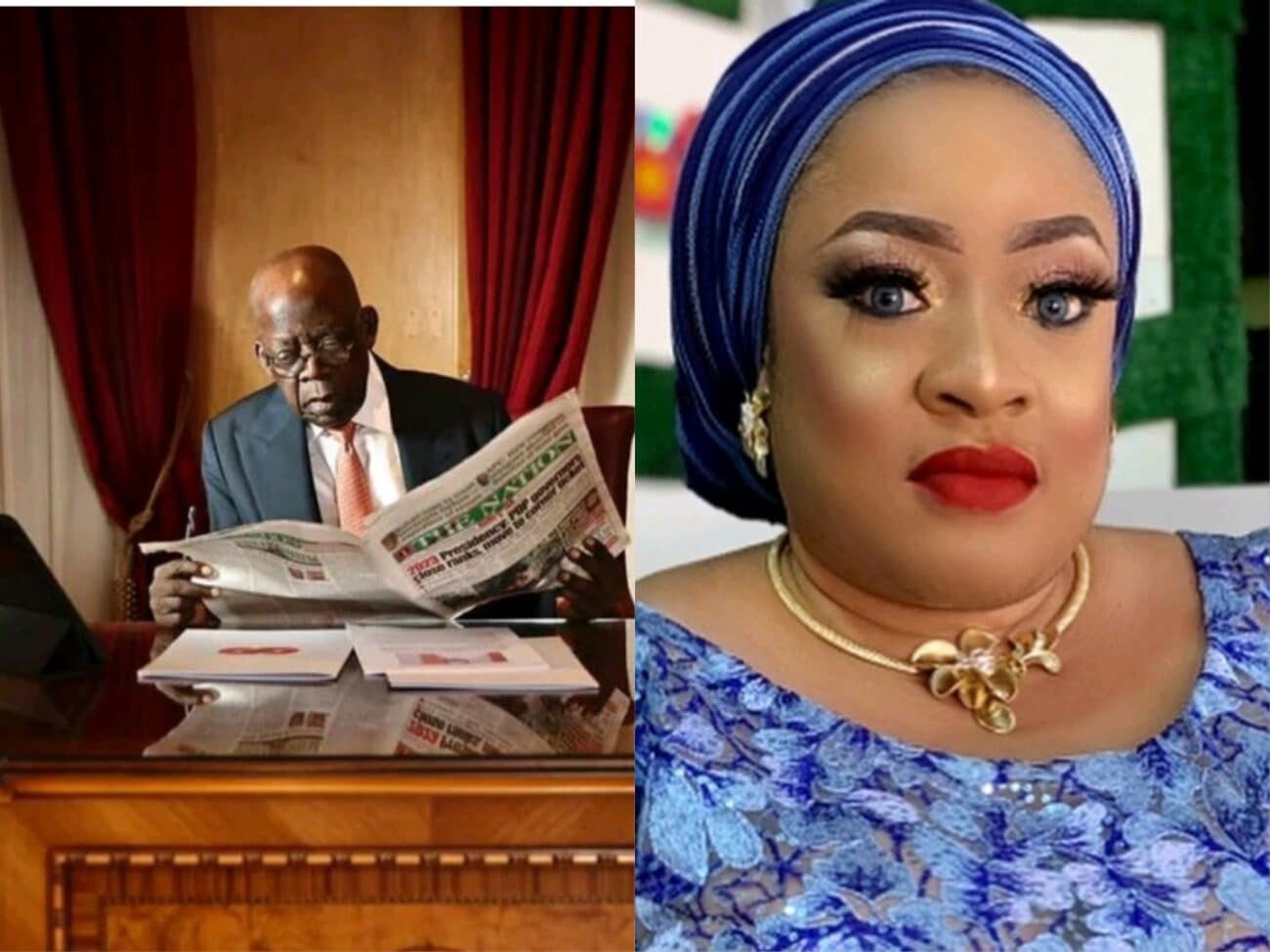 Nollywood actress Foluke Daramola has continued to boldly from her support for APC’s Presidential candidate, Bola Ahmed Tinubu, despite the open criticisms she has received.

Foluke Daramola via her verified Instagram page, shared new photos of Bola Tinubu and tagged him the incoming President of Nigeria.

The busty actress added that she and other supporter love Tinubu till death.

“I present you our next incoming President by God’s grace. Asiwaju Bola Hammed Akanbi Tinubu omo olodo Ide we love u die❤️❤️❤️❤️

#asiwajutoasorockstraight,” she captioned the images.

Foluke Daramola went further to limit comments on the post to avoid Netizens dragging her over her choice of candidate.

Recall that Joke Silva and Foluke Daramola on Monday joined the APC women’s rally in support of the party’s presidential candidate, Bola Tinubu.

The female Disc Jockey, DJ Kult, was also spotted at the gathering.

The march comes on the heels of Ms Silva’s inclusion as a member of the women’s wing of Mr Tinubu’s presidential campaign council.

Ms Silva is to head the Creative and Entertainment Industry committee of the council.

Other committee members include Toyin Adegbola, Esther Wright, Rose Odika and Hadiza Kabara, among others.

Other actresses co-opted into the council are Mercy Johnson and Rahama Sadau.

While Ms Johnson is yet to say anything concerning the list, Ms Sadau distanced herself from the appointment.

Ms Daramola, on the other hand, is an active member of the APC.

The actresses joined other APC female members as they marched at Lagos Island, CMS and adjoining areas singing and pledging allegiance to the candidature of Tinubu/Shettima.