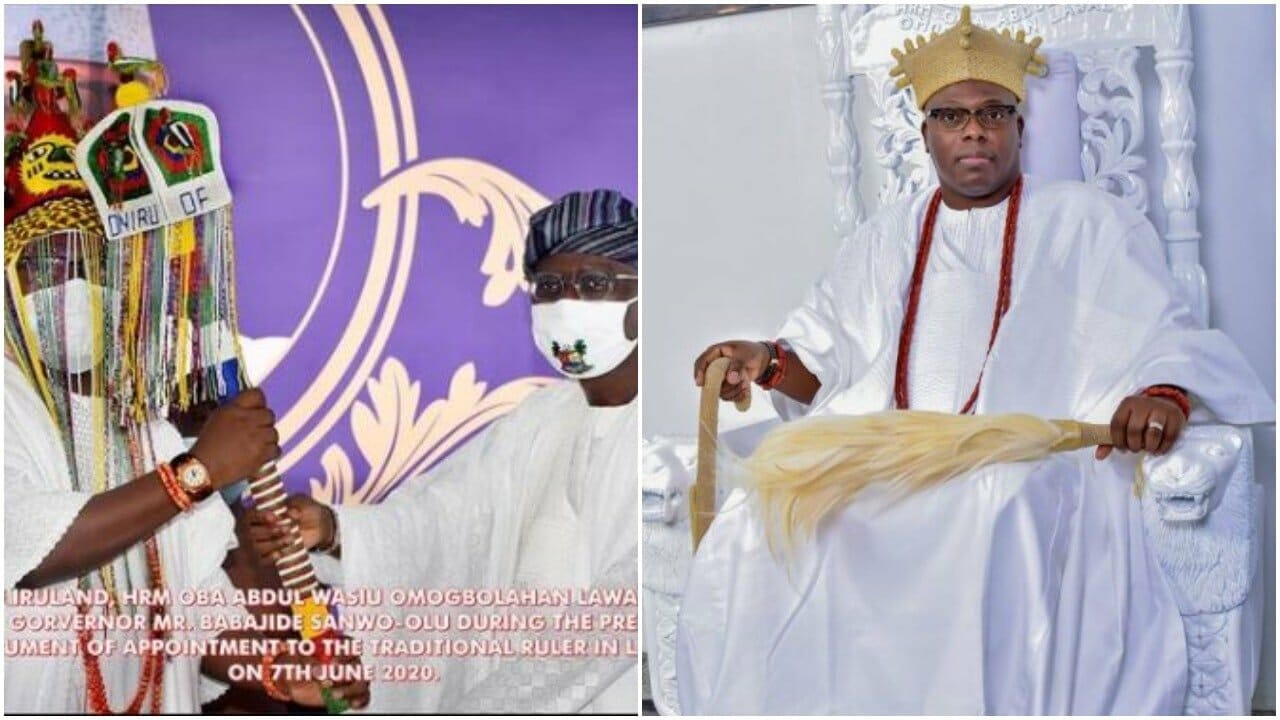 In a post shared on his Instagram page, the monarch went down memory lane on the good moments and sad times they have experienced.

He revealed he had worked tirelessly with great individuals who have extended their hands of friendship and collaboration to achieve a common goal.

According to the Oniru, he has also received great support and encouragement from the residences of Iruland, who stood by him in the actualization of his vision.

Sharing some of the memories and events of the past year, he wrote: It’s been such an amazing year on the throne as the Oniru of Iruland. In the last one year, we’ve had the good moments, moments of reflection, sad moments and very good times.

I have received men and women at the palace, who are working tirelessly to effect a change in the society. In the last one year, I have worked with great individuals who have extended the hands of friendship and collaboration to achieve a common goal.

I have received great support and encouragement from the good people of Iruland who have decided to stand by me even as our #LeGIT vision comes to actualization.

Social media won’t be enough to capture every moment in the last one year, but for the next few days, I’ll be reeling out a few memories. It’s my one year Coronation anniversary, God has been faithful. Alhamdulillahi!