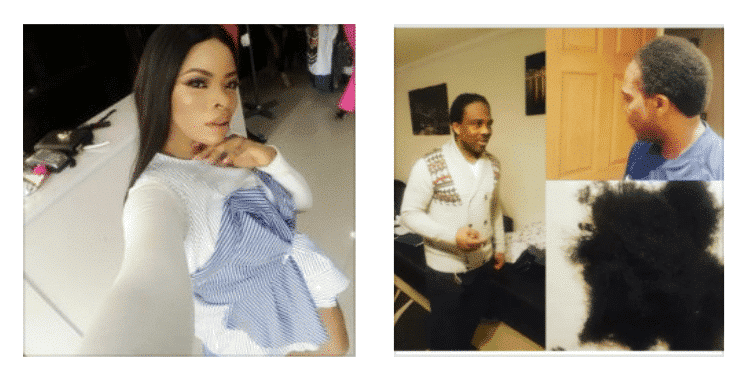 Ogbonna Kanu has cut his braids for the first time in many years to celebrate his wife, Laura Ikeji on her birthday which would be on the 15th day of March.

The retired Nigerian footballer took to his Instagram page to show off his new looks without the braids. He wrote:

“This is for you my wife, it’s never enough to say what I feel for you, I adore you. You’ve always been my strength, I want to thank you for being my wife. @lauraikeji #newlook #support”

Laura Ikeji responded to the gesture by stating that it is the best gift she’s ever received.

Recall that few weeks ago, he was accused by his elder brother’s wife, Amara Kanu, of being too dependent on his elder brother, former Super Eagles player, Kanu Nwankwo. This she did when she called him out in a social media post after he posted tickets to a football game. He said, “Leeds united game today. am there live.”

Amara Kanu reacted by claiming the tickets belong to her son. She said,

“You are a coward and liar. That’s my sons ticket. He was supposed to follow his dad to the Leeds game today but no. You have never allowed Kanu to be in peace with his family. You tried that with me all these years thinking I will die and now you want to come near my children. You can’t. You won’t. Oloshi oloriburuku. Borrow pose. @ogbobekee1, don’t mess with my children’s things or their dad.”