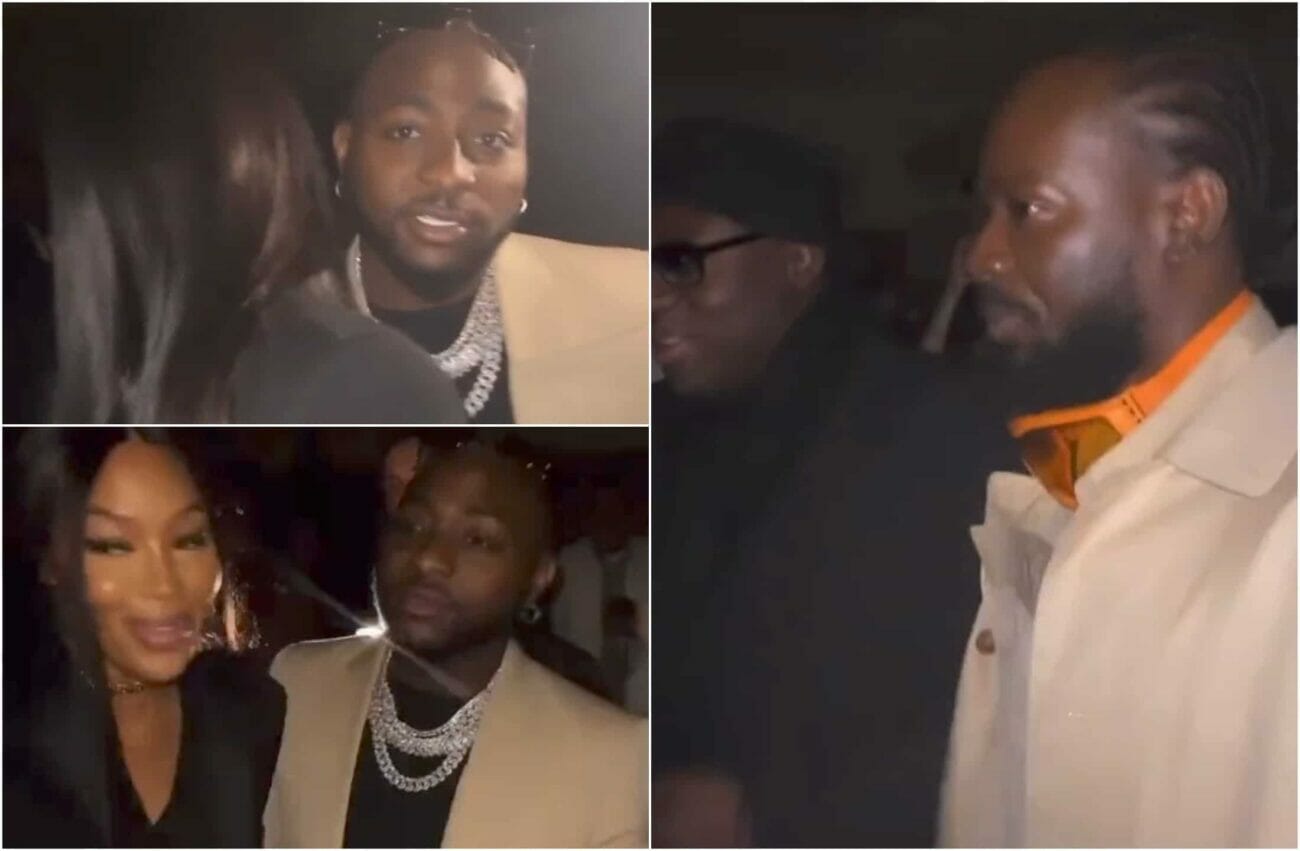 Nigerians have taken to the micro blogging platform to shower praises on singer, Davido for introducing Adekunle Gold to American model, Naomi Campbell.

Davido who is still in London attended the Burberry runway show along with Adekunle Gold.

The singer who has a close bond with the model won the hearts of Nigerians when he introduced Adekunle to Naomi.

Davido could be heard saying, “This is Adekunle Gold”.

A cheerful Naomi went closer to him and gave him a handshake.

This sweet moment has made Davido win the appraisal of many.

Trust Nigerians to compare him with Wizkid, who they believe is arrogant.

kelvin_marshall : I like Wizkid, I like Davido. Me and my elder brother talked about them the other day. Wizkid might just got the swagg but David is a soul lifter. When I am done I watch clips concerning him and I get motivated. Be kind to a fellow and show them the way forward..life hard already”

Buddyankie : “The way Davido carroes others along and puts people on needs to be studied. See how he’s carrying Adekunle Gold along introducing him to Naomi at the Burberry runway show in London. 001 for a reason”

Ace hood : Ag looking like an apprentice, see how humble his face looks”.

An excited Davido took to his Instagram story to celebrate his uncle’s victory.

Davido who has been a proud supporter of his uncle’s political ambition couldn’t hide his excitement over his first win.

In a series of post on his story, Davido rejoiced with him for emerging victorious.