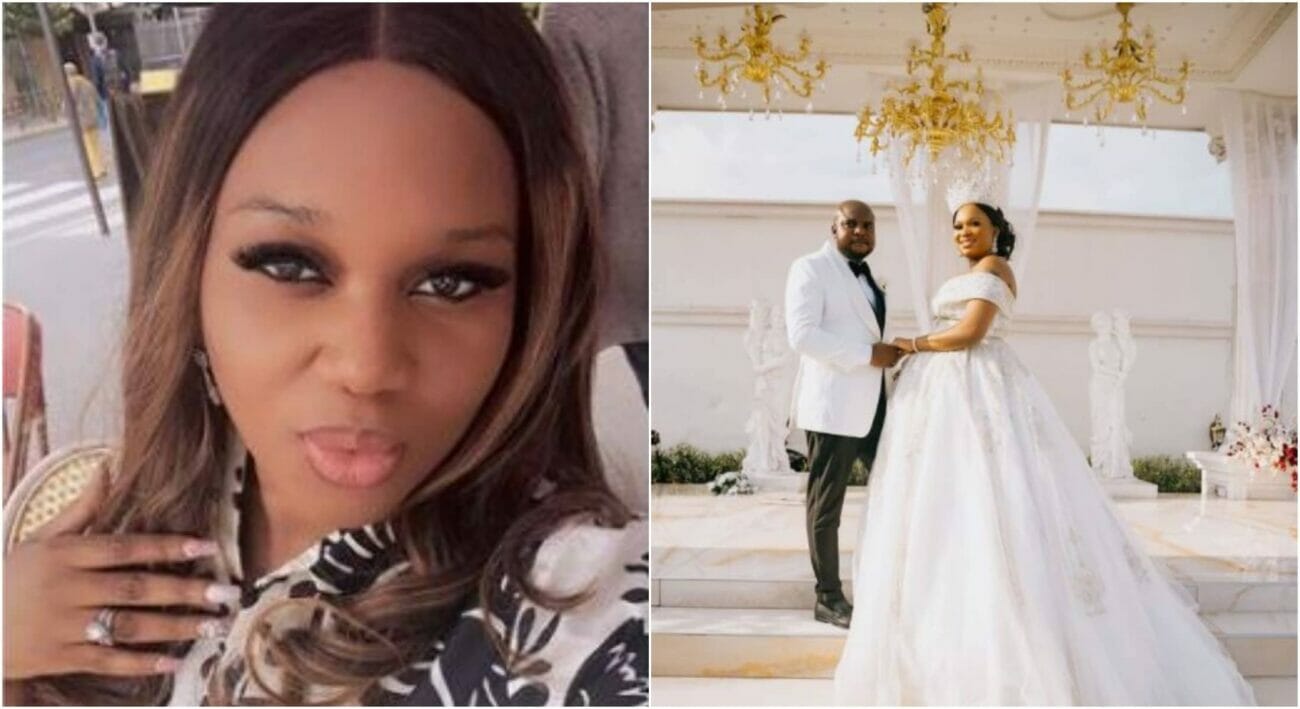 Some Nigerians have expressed concern for Ubi Franklin’s baby mama Sandra Iheuwa after a sensitive chat about her husband, Steve Thompson, leaked online.

This comes after an Instagram blogger identified as trapselena urged Ubi Franklin to carry his child, who is allegedly living like an orphan in a stranger’s house when both parents live in Lagos.

According to the blogger, Sandra Iheuwa took her daughter to stay with her friend after her new husband Steve Thompson allegedly refused to allow the little girl to stay in their home.

Reacting, Sandra Iheuwa refitted the claims stating that bad the rate at which false news spread in Nigerian is very alarming.

However, a chat has surfaced online with Sandra Iheuwa lamenting to a friend about how her husband Steve Thompson always talk down on her kids, saying he’s doing them a favour by roofing them.

A part of the chat reads: The thing that pains me the most is that he’s always talking down on my children saying he’s doing us a favour by roofing us. I’m like my own kids that came from America with soft life he’s talking like this. My kids don’t stay at the house anymore

Reacting some Nigerian questioned Sandra Iheuwa on why she married Steve Thompson at the expense of her happiness and children.

omalichachiz wrote: So why did you marry him at the expense of ur happiness and your children as well

darkowaa_okine wrote: This is so wrong. Sandra obviously confided in this person probably for advice, and now what was supposed to be a secret conversation is leaked online . For what exactly?. Thus is so wrong

patrashakes90 wrote: How do you leave comfort for discomfort as the verge of your selfishness … now see the stress these kids have to go through cause of ‘MRS’ smh !

francesokonedet wrote: But why is she so comfortable with telling her family’s secrets to strangers? Ubi should go and get his daughter abeg