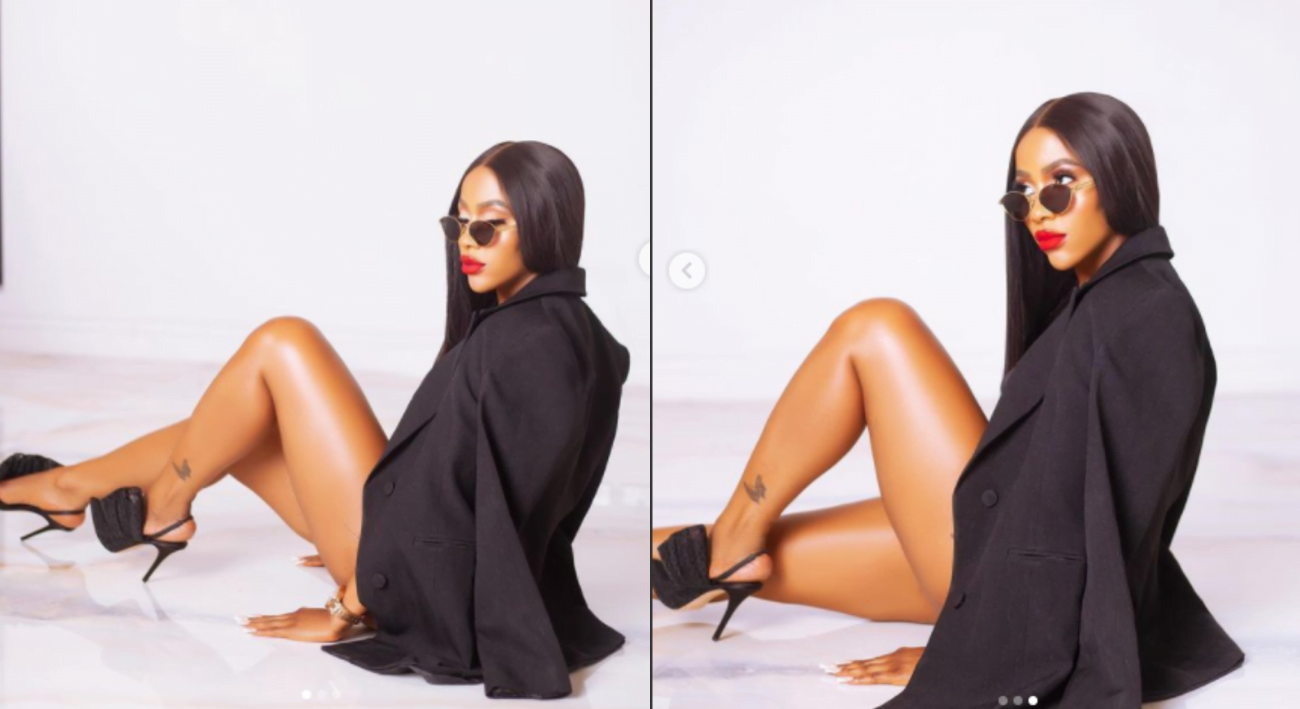 The reality TV show winner and social media influence shared hot photos of herself rocking a black jacket like a boss chic that she is.

The reality TV personality has never been one to take shortcuts when it comes to looking beautiful on screen, and this time is no different. She recently made the Christmas holiday extra special when she stepped out dressed like the perfect Claus and everyone couldn’t stop staring.

She has carved a space for herself in the entertainment sector and started various enterprises that are doing well since she won the BBNaija pepper dem season.

She has now taken to Instagram to share a series of photos of herself wearing only a suit jacket. The BBNaija star, who has a figure that many would kill for, is the epitome of a sultry diva who knows how to make people’s jaws drop.

See the stunning photos below:

Nigerian celebrities, fans and followers of the reality star took to her comment section to hail her. See some reactions below:

Kemi FIlani News recalls Mercy Eke recently bragged about being a spec, and how hard it is for a man to date her.

She stated that she is the hardest to catch, chilling with her dating her or getting her attention.

According to Mercy Eke, no guy would want to date her and not make it public, and it’s why many people get to know when she is in a relationship.

The reality TV star added she’s a golden fish and cannot be hidden.