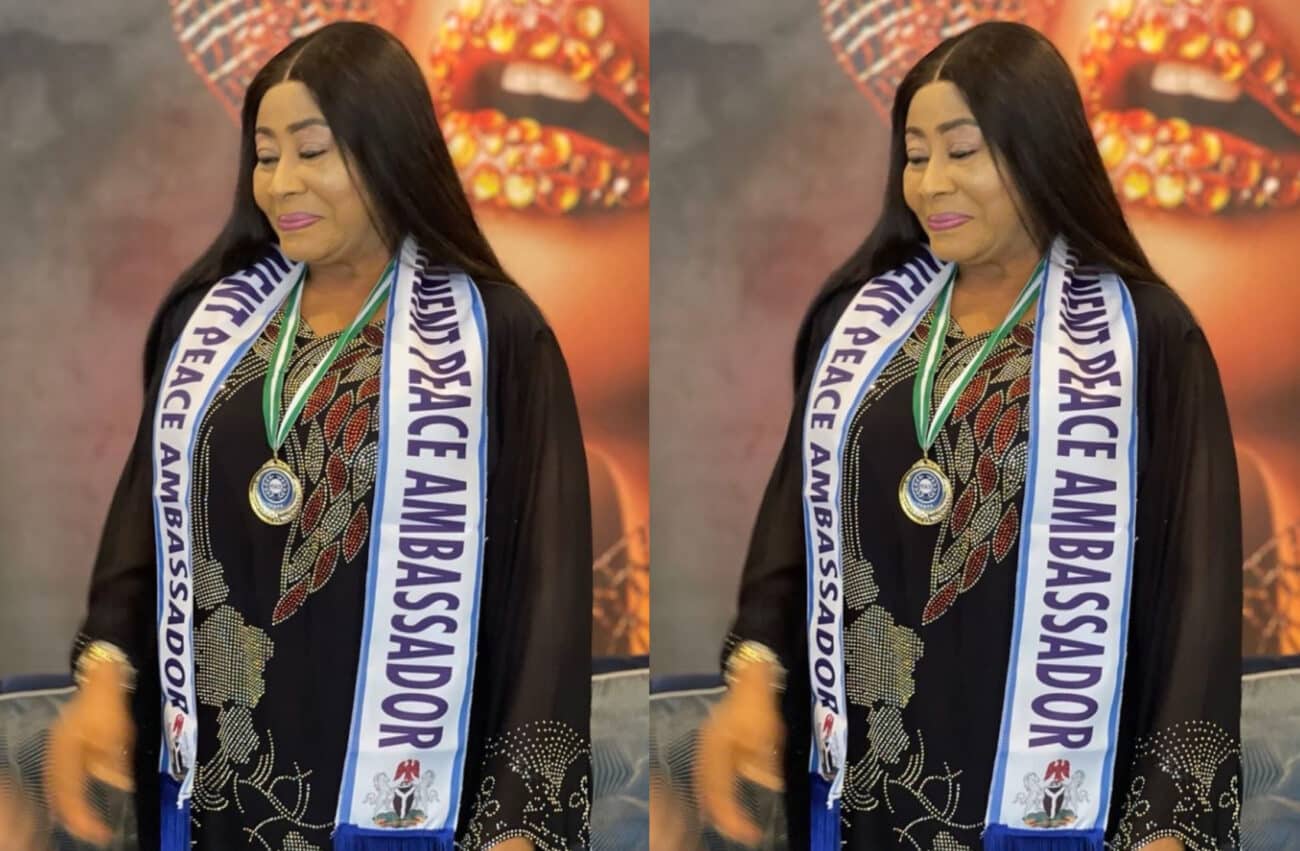 Veteran actress Ngozi Ezeonu has been conferred with an international title.

The actress took to her Instagram page moments ago to announce the good news.

The veteran revealed that she has been appointed as an ambassador for international peace.

For her, this is another feather added to her cap.

“International peace ambassador. Another feather to my cap. Thank you Lord. Now I am Amb. Chief Ngozi Ezeonu”.

In September, seasoned Nollywood actor, Jim Iyke had been conferred with a chieftaincy title in Ghana.

The chieftaincy title was conferred on the actor on the occasion of the 10th Yam Festival.

According to HRH Dr AMB. Chuwudi J Ihenetu, the actor was recognised for his tremendous achievements and contributions to the African entertainment industry and Igbo people.

Also, Doris Ogala had announced her venture into politics.

The bestfriend of Tonto Dikeh had announced her appointment as the Special Adviser to Abia State Governor, Dr Victor Okezie Ikpeazu.

Doris revealed that she had received her appointment letter as a special Adviser to the governor.

Sharing the good news on her Instagram page, she wrote,

“How it started! Congratulations to me as I receive my appointment letter as a Special Adviser to Abia State Governor… Dr Victor Okezie Ikpeazu”.