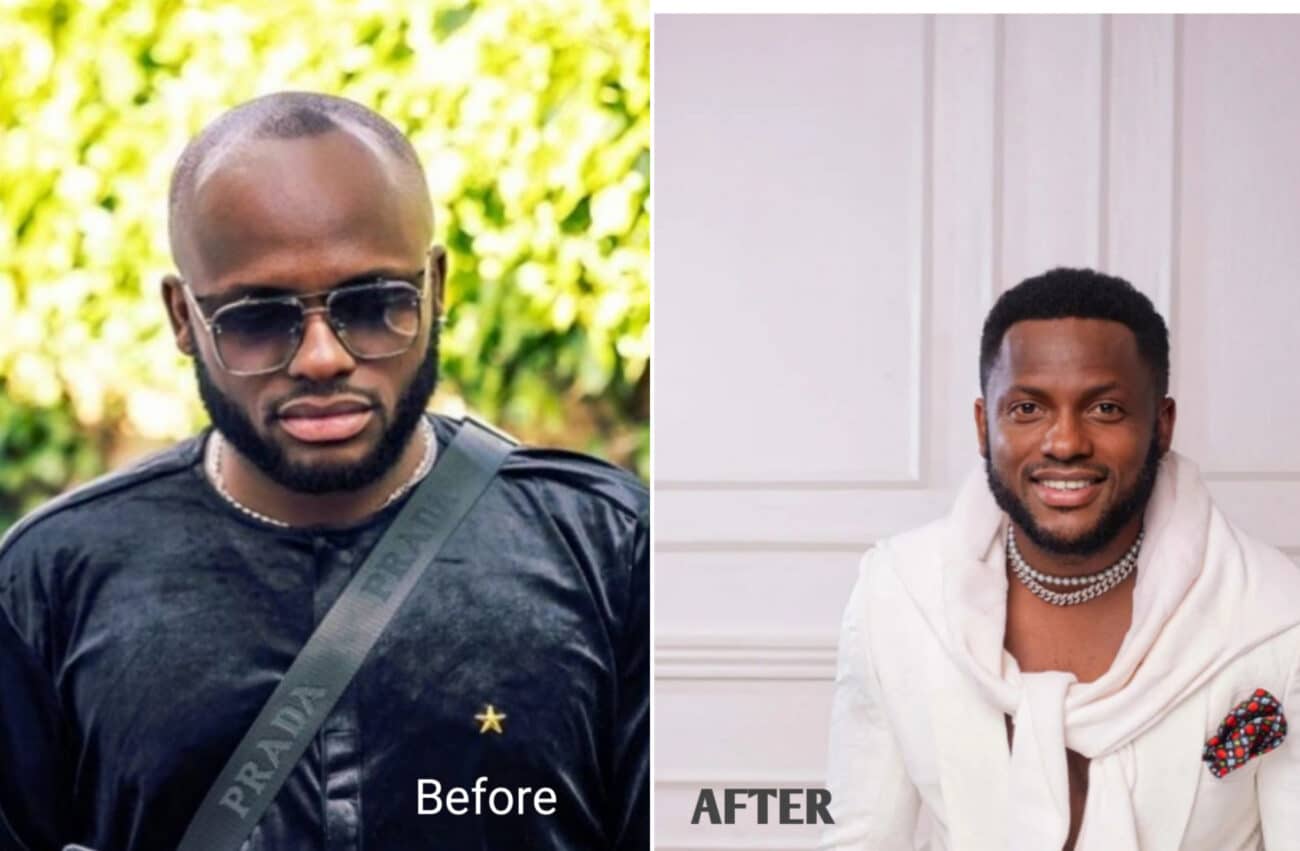 Ace Nigerian comedian, Otaghware Otas Onodjayeke, professionally known as I Go Save, has taken to his IG page to flaunt his new hair transplant.

Flaunting his new look, the Comedian who was formerly known for his bald head, said he spent $20,000,which is equivalent 8M in Nigeria money for his hair transplant.

‘I’m afraid they want to expose me’, Comedian I Go Save cries out

The trouble started when Ubi Franklin took to Instagram to warn comedians, particularly Bovi, fond of mocking him and bringing his kids into their joke.

Sharing a video of Will Smith slapping Chris Rock for mocking his wife Jada Pinkett Smith at the Oscars, he warned that anyone who insults him from now on would get the same treatment.

He opined that comedy should not be used as a decoy to disrespect people on National TV.

Calling out Bovi, he stated that the comedian made a nasty joke about him and his kids at 2021 Headies, at a time he was struggling and trying to put his life together.

Responding to Ubi Franklin, I Go Save stressed that he is against sensitive jokes noting that comedians use their crafts to speak against social vices in the country.

Although I Go Save didn’t mention Ubi Franklin’s name but insisted that anyone who gets a girl pregnant, abandons her, and does not pay child support must be used as content for jokes to prevent others from following a similar path.

Reacting to this, Ubi Franklin reached out to I Go Save, stating he would expose his secrets on how he does not care for his wife with proof.

Sharing the screenshot of the message on his page, I Go Save wrote: AWWN!! I AM AFRAID O! THEY WANT TO EXPOSE ME O! MY WIFE WILL SOON LEAVE ME O! I DEY FEAR FOR WETIN HE GO POST NEXT O! I DEY REALLY FEAR O!
I NEED PRAYERS & HERBALIST O!

See photo of his new look: