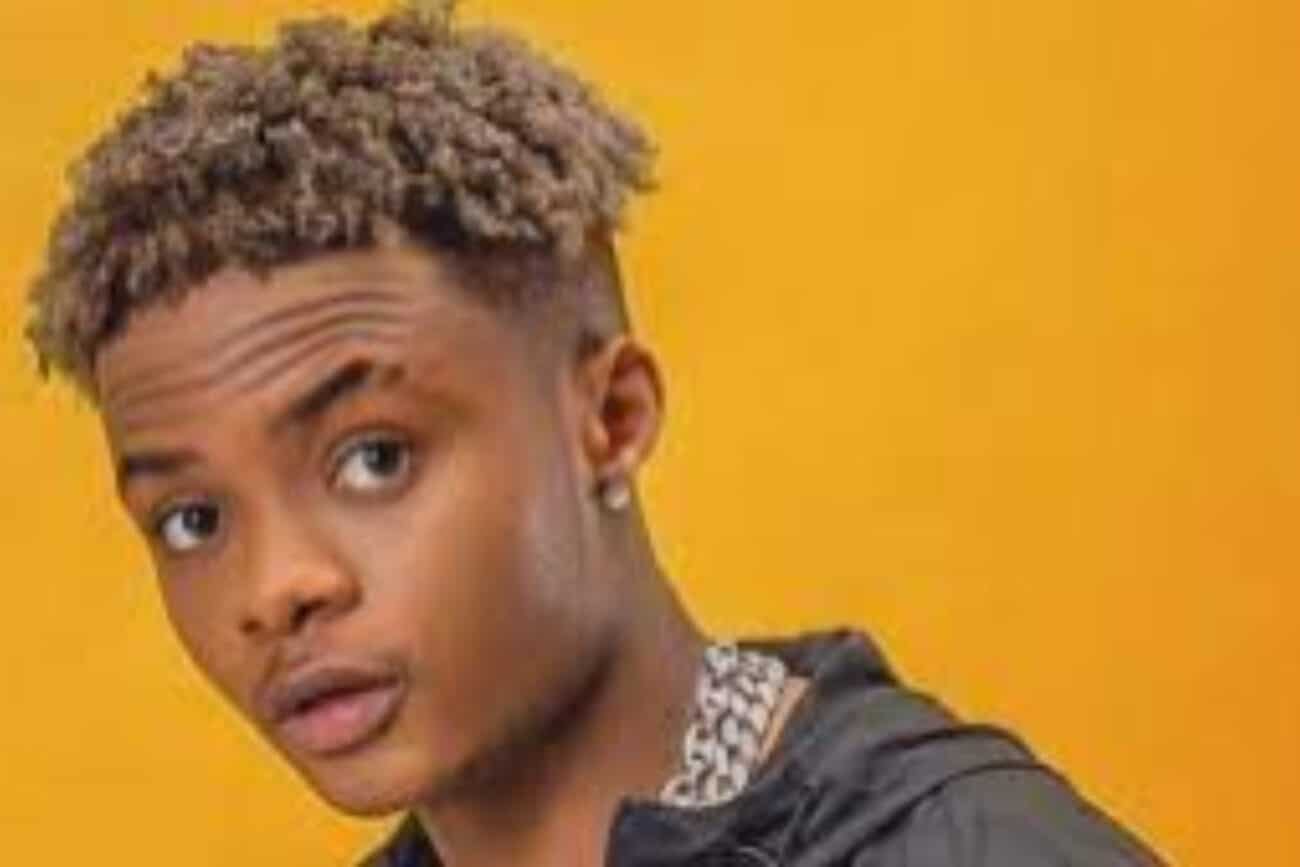 Netizens have taken to social media to react to the controversial tweet by Afrobeats‘ upcoming singer, Charles Chibueze Chukwu, better known as Crayon after he revealed his first intimate experience.

Crayon who is signed to Mavin records had taken to Twitter earlier in the day to tweet about his experience at the first things he tried after he was signed to a record label.

According to Crayon’s tweet, his first experience with the things he tried was awesome except for sex. he noted that he has always dreamt of losing his virginity to someone he loves, however, his dream didn’t come true. He went on to reveal it was a terrible experience.

“Everything I did for the first time, after I got signed was amazing except my first sex though that shit was wackkkk AF!!! I wanted to lose my virginity to someone I loved but omo this life no balance at all”, he tweeted.

Netiznes have taken to social media to slam Crayon after he talked about his sour experience after exploring sexual fantasies.

Call me Dare wrote: Nothing person eye no go see for this social media

Ace wrote: Not even the CIA, DSS, FBI, would get this from me, but watin concern me tho

Joe wrote: Something you’d have left in your draft

Feeyisayo wrote: So what should we do with this information nau

Lee Marryh wrote: Inside Wetin Dey happen for the country na s€x concern this one

Eme Tega wrote: Una no get family at all????? I don’t know how y’all feel so comfortable talking about all these on social media like we even care???? If you are doing this for clout, then you need to be checked 🤦🏽‍♀️

Fisayomi wrote: E be like say once you blow for this country, the next thing na to dey disseminate irrelevant information 😒

Kendo wrote: So what are we supposed to do with this information!? Instead of you to be thinking of how to elevate your career, na sex you carry for mind.

Larry king wrote: This man relax, you always tweeting like bruh Watsup with u.

Afolabi Prime wrote: We will wait for you to come back online and say this is a dare game if not nothing you fit tell me you self don dey take advice from Boy Spice

Kemi Filani News recalls that Crayon revealed that he didn’t see his parents after leaving home for more than five years because he is a dream chaser. He however noted that he isn’t proud of such thing.

He wrote: “Left my parents house back in 2017. And also since then,  I haven’t gone back. It is not something that I am proud of especially because it’s just an hour 30 minutes drive to my parent’s house. But as a dream chaser wey I be, I gats make sacrifices. It is not easy on my though. I miss em so much,”