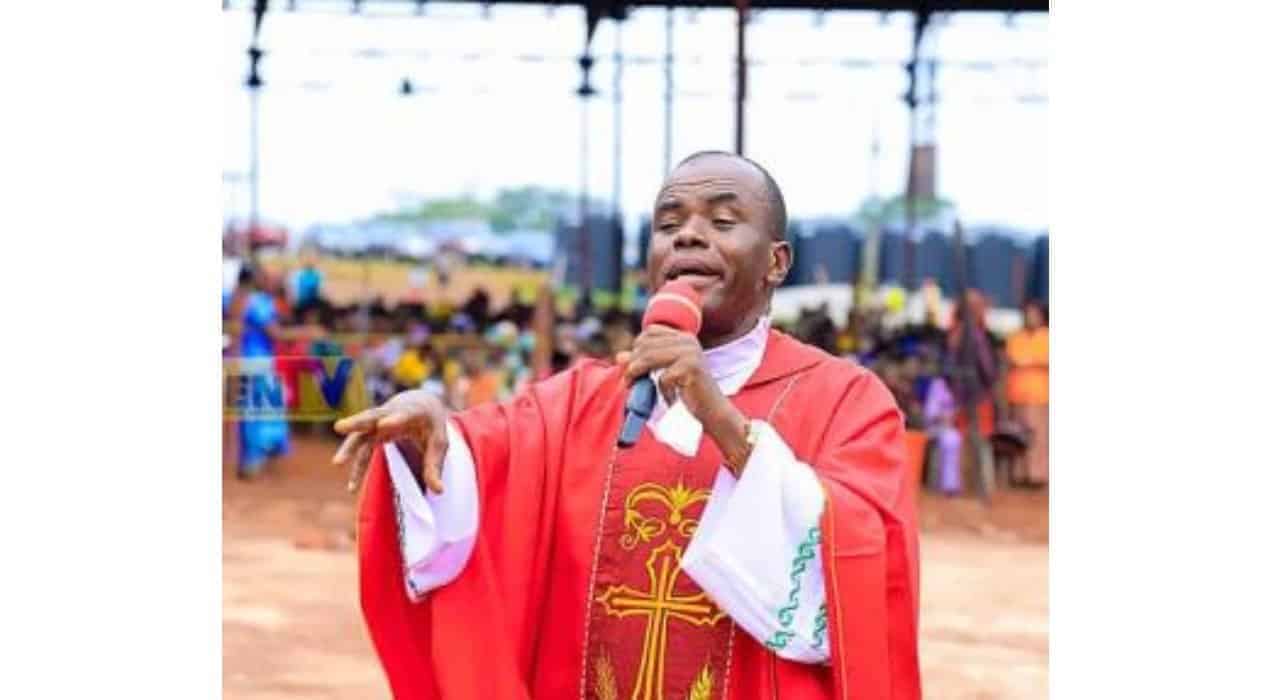 The removal of Reverend Father Ejike Mbaka as the Spiritual Director of Adoration Ministries, Enugu, Nigeria, AMEN, has resulted in attacks and confusion in the church.

Kemi Filani reported earlier that Fr. Mbaka was transferred to a monastery to continue with the remaining disciplinary exercises placed on him for interfacing in political matters.

The ministry which was shut down three months ago reopened on Sunday, 2nd October but under the spiritual leadership of Rev Fr. Anthony Amadi and other priests.

Fr Mbaka announced the bishop’s directives during the Sunday Mass as he noted that he would proceed to the monastery. This, however, angered his supporters as they began chanting “we say no”. While protesting with green leaves, they nearly lynched Fr. Amadi who was present during the Mass.

Netizens reacted to the news of the attack on Fr. Amadi as they concluded that supporters worship Fr. Mbaka, not God. See comments below,

@qveenuz: So they worship Mbaka instead not God.

@sunshine_sconii: We are actually our own problems

@heisoyowen: All this one na their father/ pastor them da serve no be God

@gregoryadole: This one is slavery of some kind

@jetastyle: This ppl no get sense swear 60m 7 likes Reply

@premium_capsnaija: How can they protest

@premium_capsnaija: How can they protest bishop’s decision made base on catholic order? mbaka crossed the line period. This is catholic, This isn’t any kind of church group.

@chioke: African style of Christianity is a scan…. people worship Thier spiritual leaders as god.

@lexion77: Then build hospital or school in the adoration ground and move the church elsewhere. 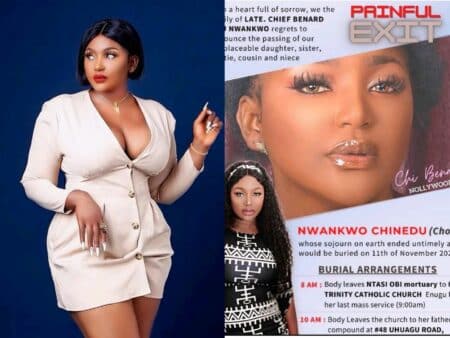 Actress Chi Bernards set for burial 7 months after she died 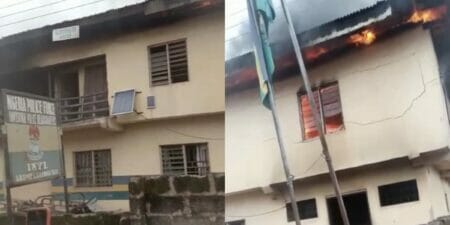