My parents still don’t like my dreadlocks – Terry G 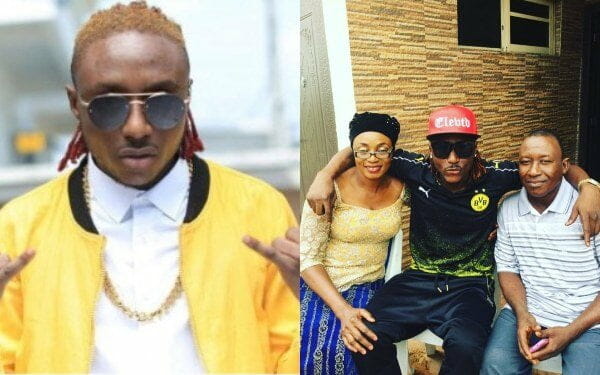 Popular Nigerian hit maker, Terry G has revealed in a new interview that his parents up till now don’t like his dreadlocks. Terry G also recounted on how Pastor Adeboye, the General Overseer of the Redeemed Christian Church of God laid hands on his head and further told him that he was going to preach to the world.

According to the singer, it was quite difficult to convince his parents on doing music as they wanted him to portray the way of the Lord as the first child.

Terry G who also disclosed that he had to run away from their home, added that his parents never liked his dreadlocks and still haven’t changed their stance few years after. He told Saturday Beats;

“It was difficult for me to convince my parents to do music; I had to run away from home. They never wanted my dreadlocks and still don’t like the hairstyle; it is only my mum that fights for me. I am the first child so they wanted me to portray the way of the Lord.

“At the end of the day, we are all servants of God. Going into music wasn’t planned; Daddy Enoch Adeboye (General Overseer of the Redeemed Christian Church of God) has laid hands on me before, and he told me I was going to preach to the world. I wish social media was vibrant then. When I used to minister in the church, people fell under the anointing.”