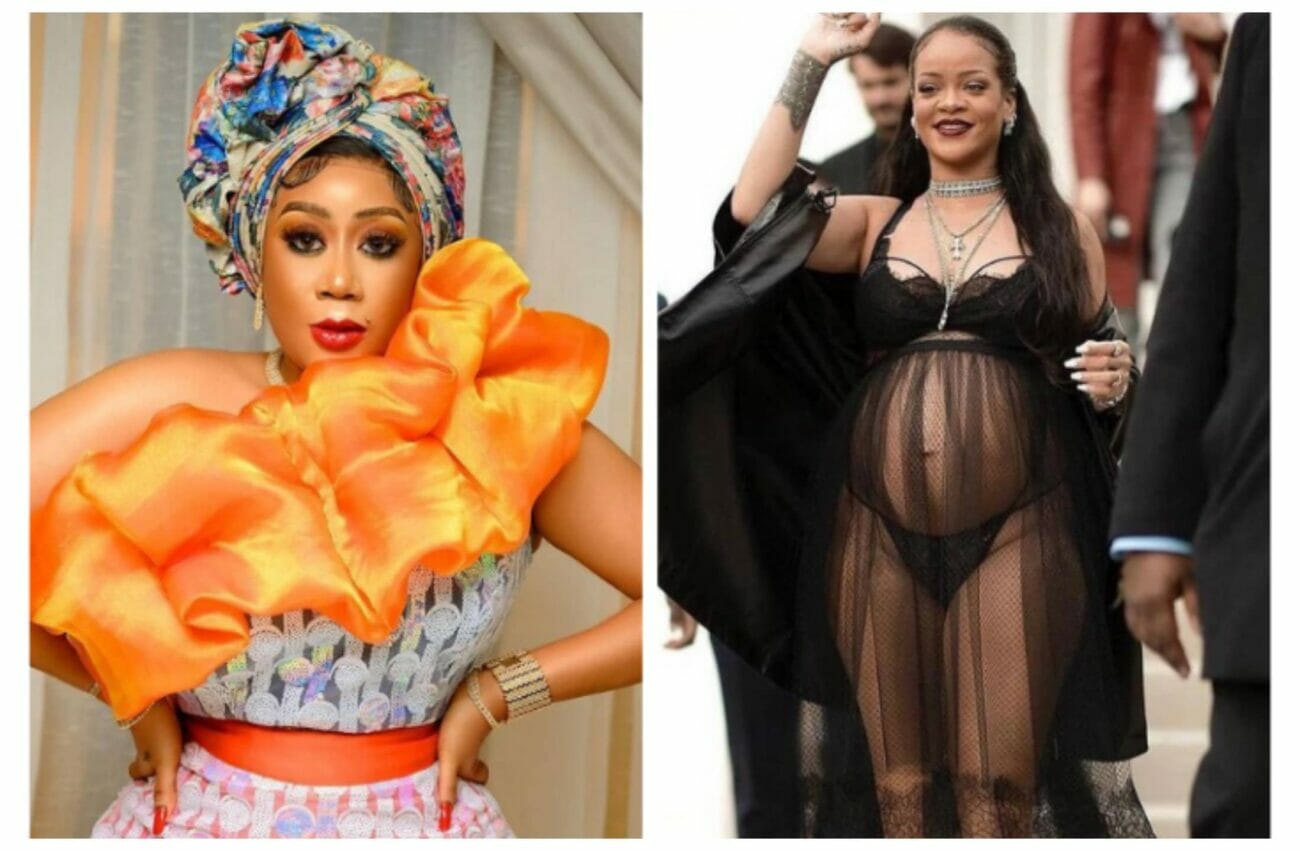 Nollywood actress, Moyo Lawal has vowed to be Nigerian’s version of America singer, Rihanna by pulling up her infamous maternity look to a fashion show.

Rihanna made headlines and was the cynosure of all eyes when she stole the show at the Dior Show at the Paris Fashion Week held on Monday, February 28,2022.

The actress promised to flaunt her baby bump in bikinis without paying regards to African culture.

According to Moyo, Rihanna’s dressing at Paris Fashion week is her pregnancy inspiration and she would imitate her.

She noted how she can’t go through the stress of being pregnant and be held down by society’s opinion in what she should wear.

However, she stated that she would wear tights as her thighs are fat.

“This can not be a Nigerian but see how sexy and good she looks…Preggy inspiration….ps I will decide to go through this plenty work that is pregnancy then society will not allow me wear what I like? If I hear….I will rock this with thighs though because my thighs are fat”.

Reacting one Mrs Ademola wrote “Any Nigerian celebrity be it Tiwa Savage or Yemi Alade that taps into this yeye fashion and comes here to step out naked during pregnancy will see pepper. This is not acceptable, glorified nakedness all in the name of fashion. yen, yen, yen”

One Tinuke wrote “See your stupid caption, stole the show, if na tiwa savage dress like this or any Nigerian celebrity una caption go be she dressed naked to a show, see ba, you bloggers are one of the problems we have in this country, na una go dey shout racism up and down but yet once it’s a white thing you will glorify it, if na your own fellow black, na to condemn am… ori gbogbo yin ti daru”

One Mrs Nwabueze wrote “Shame has disappeared from this world. Why not take the clothes off and be on pant and bra alone. Feminism has gone crazy. She does not need to dress naked for us to no she is pregnant”

One Temidayo wrote “So because she is pregnant now, she won’t wear cloth again? Smh, she looks stupid. What’s wrong with this generation of women?”