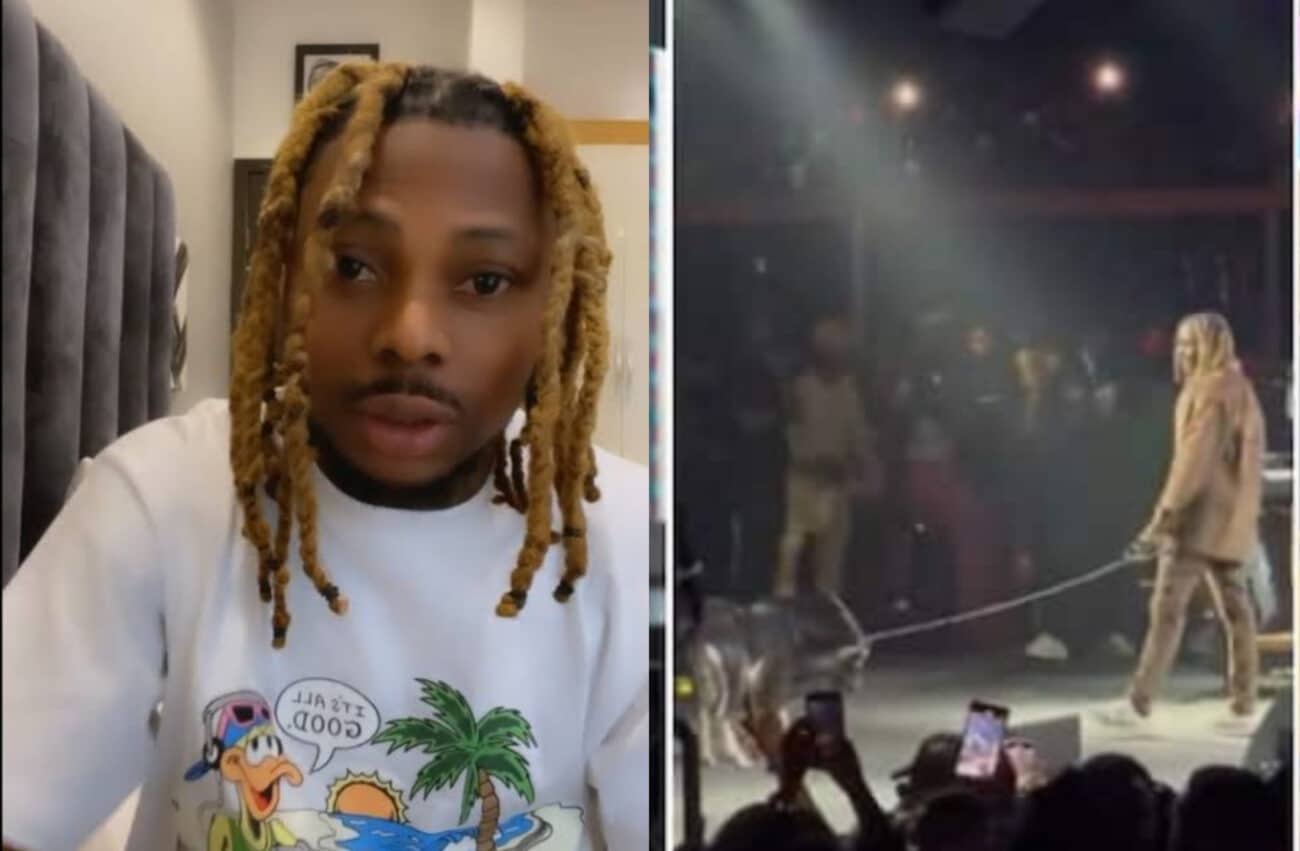 Nigerian singer Ahmed Ololade, better known by his stage name Asake, has surprised his teeming fans after he performed on stage with his goat in the US.
Asake who is a signed member of YBNL, during a tour in the United States, mounted the stage with his goat who appeared to be very stubborn and unwilling to cooperate.

Asake however managed to still thrill the excited crowd as he struggled with his pet animal.

One call from Olamide and everything changed-Asake

Recalling the mindblowing incident, Asake revealed how one phone call from Olamide changed his career.

He tweeted: One call from @Olamide, and everything changed

Nigerians who reacted to the video showered praises and accolades on the Olamide. Some also made Asake a reference point as they wished helpers would also locate them.

ika_promoter: I just need someone to Bless me sef with just Toyota Corolla! And make the rest too also be history for me! Entertainment Yi Fe Le oo😂

mayorjnr_: Asake good normally if he no bring the best of himself out he might not be where he is today..lots of people baddo don jump on their single still na zero but mr money no dey waste time🙌🙌Jah bless Baddo all the way