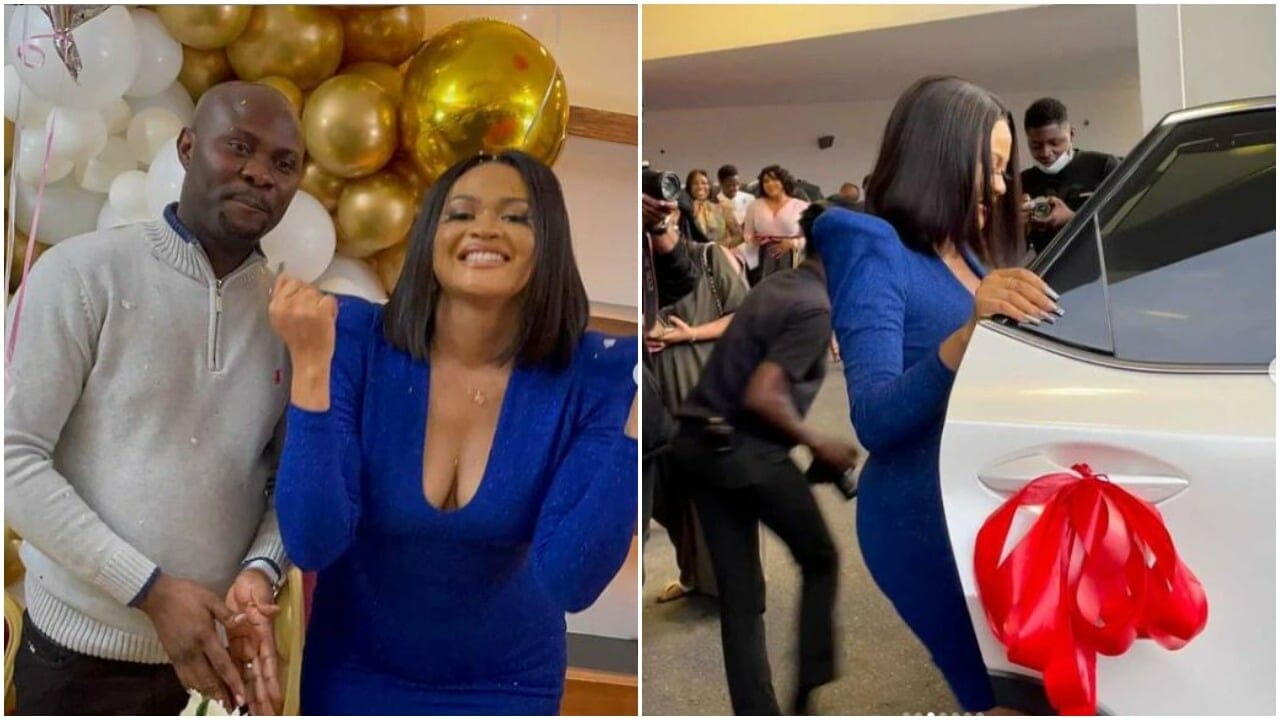 Kemifilani News earlier reported that an Instagram blogger Gistlovers alleged that Micheal Diongoli, who is married with kids, is dating Nengi and is responsible for her frivolous lifestyle and several features in movies.

According to the blogger, Micheal Diongoli also bought the same car for Nuella, other numerous side chicks and some people close to Nengi have confirmed she’s dating the billionaire.

The blogger wrote: The picture you all are circulating about is that of his first wife and they are divorced, this is Micheal only wife now and this was when he surprised her with the same SUV he bought for one of his numerous side chic, Nuela, tchidi ex wife.

He bought the same jeep for them(his wife and one of the side chics) people who knows them well already confirmed this gist,so make research well before Una enter express next time.

Kemifilani News recalls that Nengi recently acquired a Range Rover worth N40 million, and just a few months ago, she bought a mansion in Lagos, leaving fans curious.