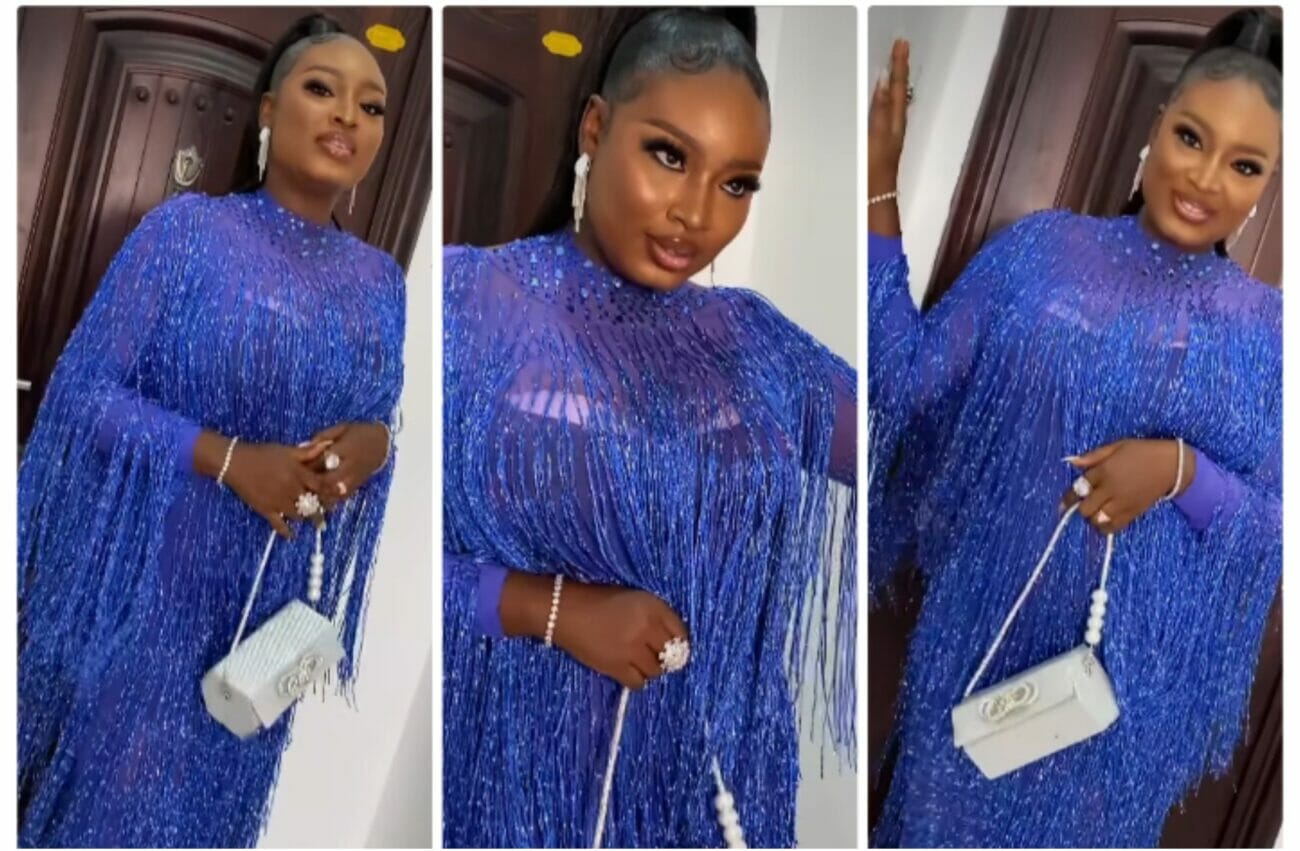 Nollywood actress, Mo Bimpe has gotten into trouble with a troll for her new achievement.

The actress who recently received recognition by Lagos State governor bagged an endorsement deal with a reputable company worth millions.

Sharing stunning photos of herself, she wrote :

A troll who wasn’t here for all the good deeds she has been getting tackled her.

He stated that her marriage to popular actor, Lateef Adedimeji has helped her career.

According to him, marrying the actor has paid her well as she continues to bag endorsement deals.

In essence, he is crediting Lateef for elevating his wife’s status.

“Another brand again this marriage thing pay u gan o”.

The actress was ranked among the top 100 women in Lagos from various sectors making impacts and imprints in the state.

The award was in honour of international women’s day and was held to celebrate women for breaking exploits and for empowering fellow women.

Taking to her Instagram page, Mo Bimpe expressed her appreciation to the government for deeming her worthy for the recognition.

She stated that nothing excites her than being recognized for the work she does.

“A big thank you to the Governor of Lagos State, His excellency @jidesanwoolufor this heartwarming recognition.

Nothing excites me more than being recognized for what you do

The Lagos government @lagosstategovt named me among the Eko 100 Women on International Women’s Day and I’m grateful beyond words.