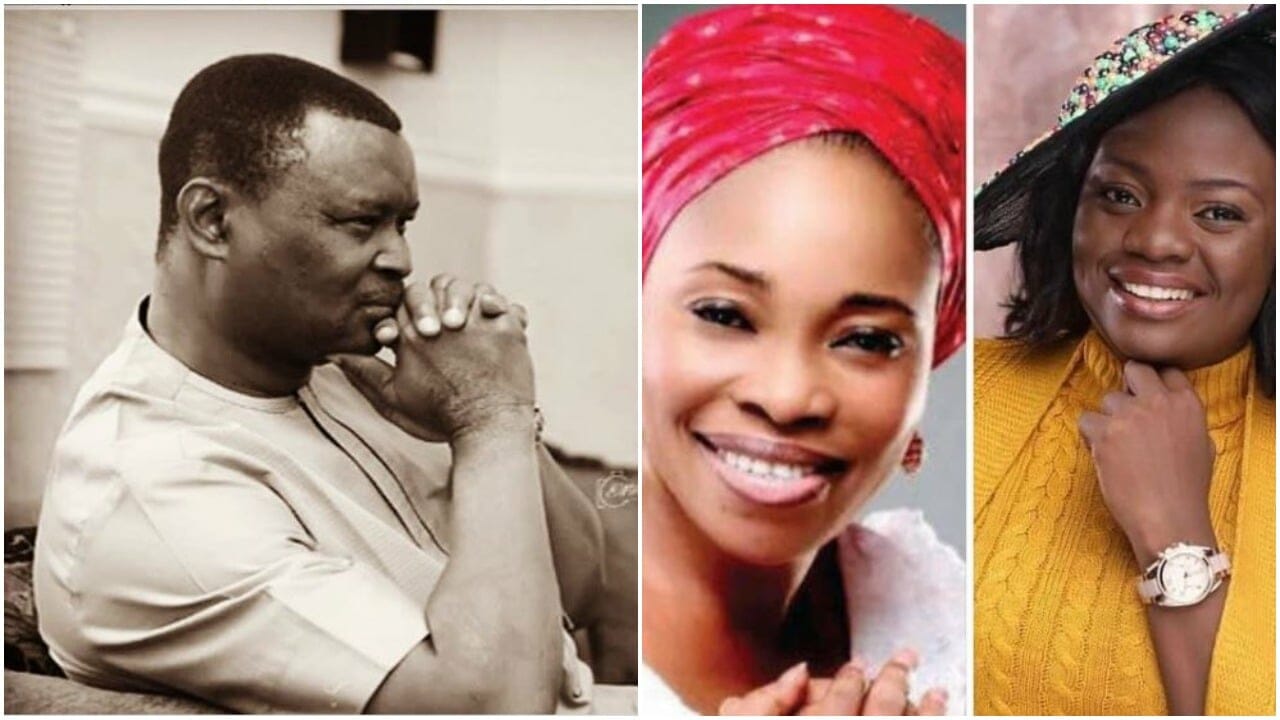 Nigerian drama evangelist and producer Mike Bamiloye has reacted a few hours after Nigerian gospel singer Tope Alabi tendered an unreserved apology to her colleague, Adeyinka Alaseyori, over her comment on her hit song ‘Oniduromi’

Kemifilani News had earlier reported that Tope Alabi, in a statement, acknowledged her mistake of externalizing a personal message in public where she said God isn’t her guarantor because He’s more than a guarantor.

In the statement, Tope Alabi said she and Adeyinka are of the same family and belong to the same calling, singing ministry.

Tope Alabi added that God had given everyone the grace to go as far as His enablement could carry, and the atmosphere is wide enough for everyone to stretch the wings of the gift without disturbing one another.

Reacting Mike Bamiloye in a lengthy post shared on his Instagram page commends Tope Alabi for doing the needful and putting the devil to shame.

While appreciating Tope Alabi for her music genre, Mike Bamiloye said he believes that God Lord has turned around whatever the Devil Intended to do with the storm, to call her attention to Himself the more.

The drama Evangelist also commended Adeyinka Alaseyori for remaining calm irrespective of the controversies that have trailed the issue.

Mike Bamiloye also referenced how God used the storm to announce Adeyinka, made a sensation on social media and witness a massive increase on her several social media platforms.

The post reads: WELCOME BACK FROM THE JORDAN RIVER!
Evang. TOPE ALABI, thank you for doing the needful with the Apologies, May the Devil be continually Disgraced and Disappointed over your life. May You Continually Excel in Battles that Springs surprises against your life and ministry.

Evang. YINKA ALASEYORI,
thank you for remaining Calm in the middle of the Storms that the Devil raised up to divide the Music Ministry that is even NOT YET LARGE ENOUGH for End-Time Revival.
May the Lord bless you and increase your Anointing to sing more for His Glory.

Evang. TOPE ALABI, the Lord has blessed you with a Pattern of Music you inherited from God and we thank God for making your a Loud Voice in His Vineyard in Music Ministry. I believe the Lord has turned around whatever the Devil Intended to do with THE STORM, to Call Your Attention to Himself the more.

Now MANY MORE SPECIAL MUSIC MESSAGE shall come from ON HIGH to bless the Church Through You.
Evang. YINKA ALASEYORI, I believe the Lord has allowed what happened to spring a Surprise to the Devil. The Devil meant it for a SHOWDOWN, but the Lord had used it as an UPROAR.

Within a space of One Week, The Lord made your name Go Viral and People began searching for your music and began to follow you up on Instagram and Facebook. Even, I, I went to search for you and listen to your music and discovered you have been singing for a long time .

But would I have known, if not for the Storm the Lord allowed? Your Instagram figure SHOT UP and you covered a gap in One Week, that took many people many Years to Cover. IN JUST ONE WEEK! That is Called FAVOR.

But Honor the Lord with this New Astounding Promotion. Serve Him more in Great Great Intentional HUMILITY!
May the Lord Bless you and grant you Great Wisdom and Help You to live your life before Him with Fear and Trembling. May this Grace and Favor not be ABUSED. May YOU GO FROM THIS LEVEL TO A HIGHER LEVEL IN HIM.
And at Last, May You Sing among the Heavenly Choir. Amen.

You Might have said what you ought not to say and it has gone Globally Viral.
THAT IS TO TELL YOU HOW FAR THE LORD HAS GIVEN YOU INFLUENCE TO IMPACT LIVES AND SEVERAL MILLIONS.
That is to tell you The Lord has set your feet on the Mountain where Multitudes all over the World are watching you, either you know it or not.
You are a Voice for the Church!
You are a Voice for the World!
When you say “Hei!”, Millions will hear you!

You Said what you ought not to say, BUT MERCY HAS STOOD IN FOR YOU!
Now Arise on your feet !
WELCOME BACK FROM YOUR RETREAT!
God has used the Incidence to bring you up to Himself,
To teach you some things further about Life and Ministry.
Thanks for the very Needful Apologies.
We have all been Expecting it and are not disappointed!

ARISE! Move Forward in the Battle!
Give us more Songs from Heaven!
Throw this Behind You!
Keep Fighting the Battle of Faith!
LET GOD ALONE ADDRESS ALL THE SHORTCOMINGS OF HIS BELOVED SERVANTS!
Only Him Can Address OUR FAULTS AND MISTAKE PERFECTLY, AND STILL BRING US UP FROM OUR ASHES AND MIRY CLAY.

Sister TOPE! ARISE!
The Lord has KILLED and madel ALIVE Again!
Sing for us!
Sing for the Church!
Sing for God!
More Deeper Revelations this time!
With Deeper Humility This Time Again!
With Greater Sacrifice this time.
With clearer Visions this time.
WELCOME COME BACK FROM THE JORDAN RIVER!
LIKE GENERAL NAMAAN OF SYRIA,
WHERE ALL LEPROSIES ARE CLEANSED OFF!
AND YOU ARE FAVORED WITH BRAND NEW SKIN OF A BABY!
Devil Where Are You????
You Thought you Won the Music Ministry?
YOU got the Church?
You Just Lost Woefully Again!
WE ARE ALL VICTORIOUS!!! 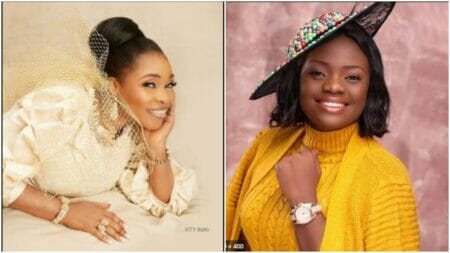 Oniduromi: ‘My unreserved appreciation to those who stood by me’ Tope Alabi

“I am not a perfect person…” Tope Alabi breaks silence, apologizes to Adeyinka Alaseyori

‘She is our mother’ – Gospel singer, Adeyinka Alaseyori warns those insulting Tope Alabi because of her | Watch 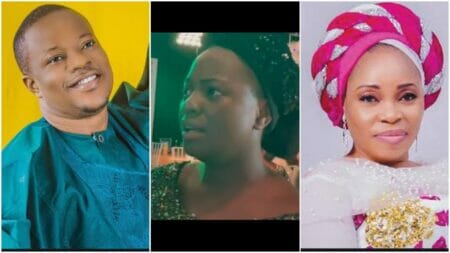