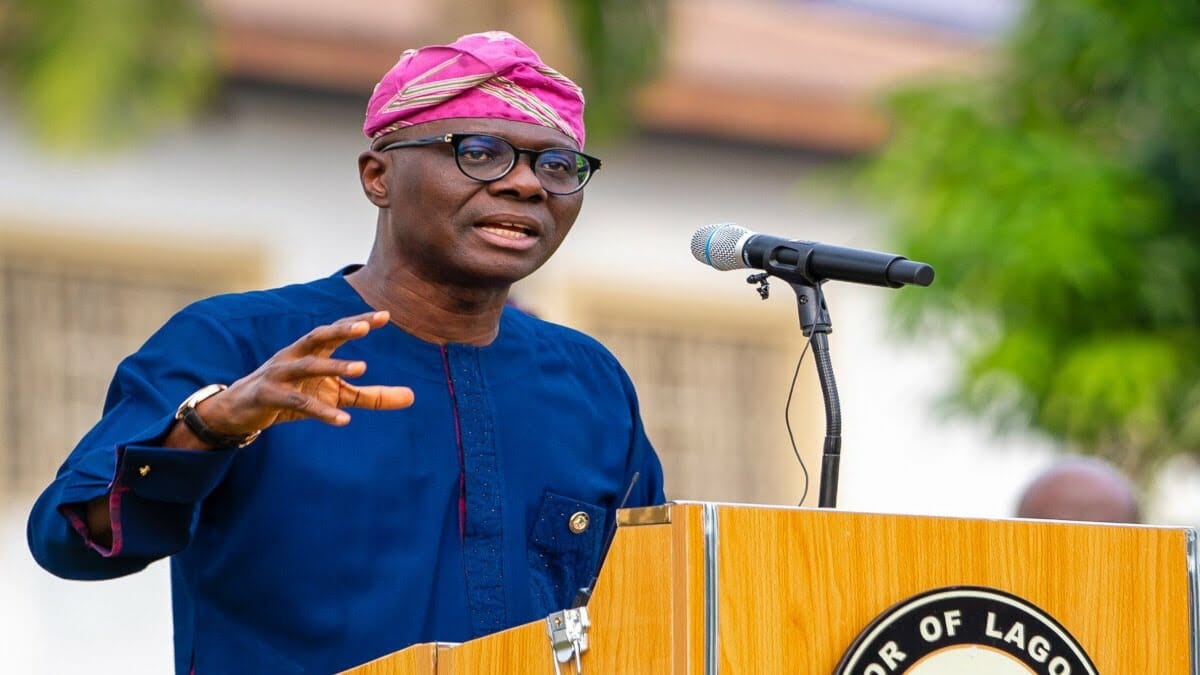 Students of the Lagos State University (LASU) have to join Governor Sanwo Olu on a peace walk in December.

This is coming some key celebrity and campaigners shunned his invitation to join him in a peace walk.

The LASU students Arcade is the largest Student Union Building in any Nigerian tertiary institution.

Sanwo-Olu, while reacting to the recent findings of the #EndSARS Judicial Panel of Inquiry set up to investigate cases of police brutality in the State as well as the tragic shooting of protesters at the Lekki toll gate on the 20th of October, 2020, had invited key campaigners to join him on a peace walk for some time in December.

The governor spoke on the state government’s stance on the recommendations of the judicial panel of inquiry on #EndSARS submitted a fortnight ago.

Sanwo-Olu asked residents to reject those fueling lawlessness and suspicion, clinging to unconfirmed belief that carried no weight of verifiable evidence, while choosing emotion over facts.

He said he would be leading the peace walk to birth the healing of the land, extending an open invitation to the youths, members of the diplomatic corps, civil society groups, students and the media.

He said: “Nobody will build this city for us. Let us show the world who we are. We are Lagosians. A people of great renown, driven by the irrepressible spirit of Lagos. It is a testimony to our strength and resilience as a people that, despite the huge losses incurred because of these terrible incidents, we have bounced back, with our economy as vibrant and virile as ever. I have no doubt whatsoever that our prospects are as bright as ever and the best lies ahead of Lagos State and Nigeria.

“We will make it easier for our young people to initiate formal complaints on human rights violations through the Ministry of Justice. We will also improve the coordination between the state government and the security agencies, including the police and the military. In this vein, we are studying how to improve security policy formulation, information sharing, and clarifying rules of engagement in times of social unrest.

“Just as we have established a mechanism to compensate all those who lost homes, businesses, and livelihoods to the violent destruction of October 2020, we shall also establish a detailed procedure for the just compensation of citizens with verified claims of police brutality committed during the protests.”

On the debates that have ensued since the panel’s report was leaked, Sanwo-Olu said, “We have no intention to engage in histrionics or further inflame passion on a matter that has generated intense interest and controversy nationally and internationally. Our decisions and actions will be based entirely on the law, the weight of evidence, and unblemished respect for the truth.”