“I will unfriend you” Juliet Ibrahim, Ufuoma McDermott, others threaten Pretty Mike over his epic statement at Don Jazzy’s mother’s funeral 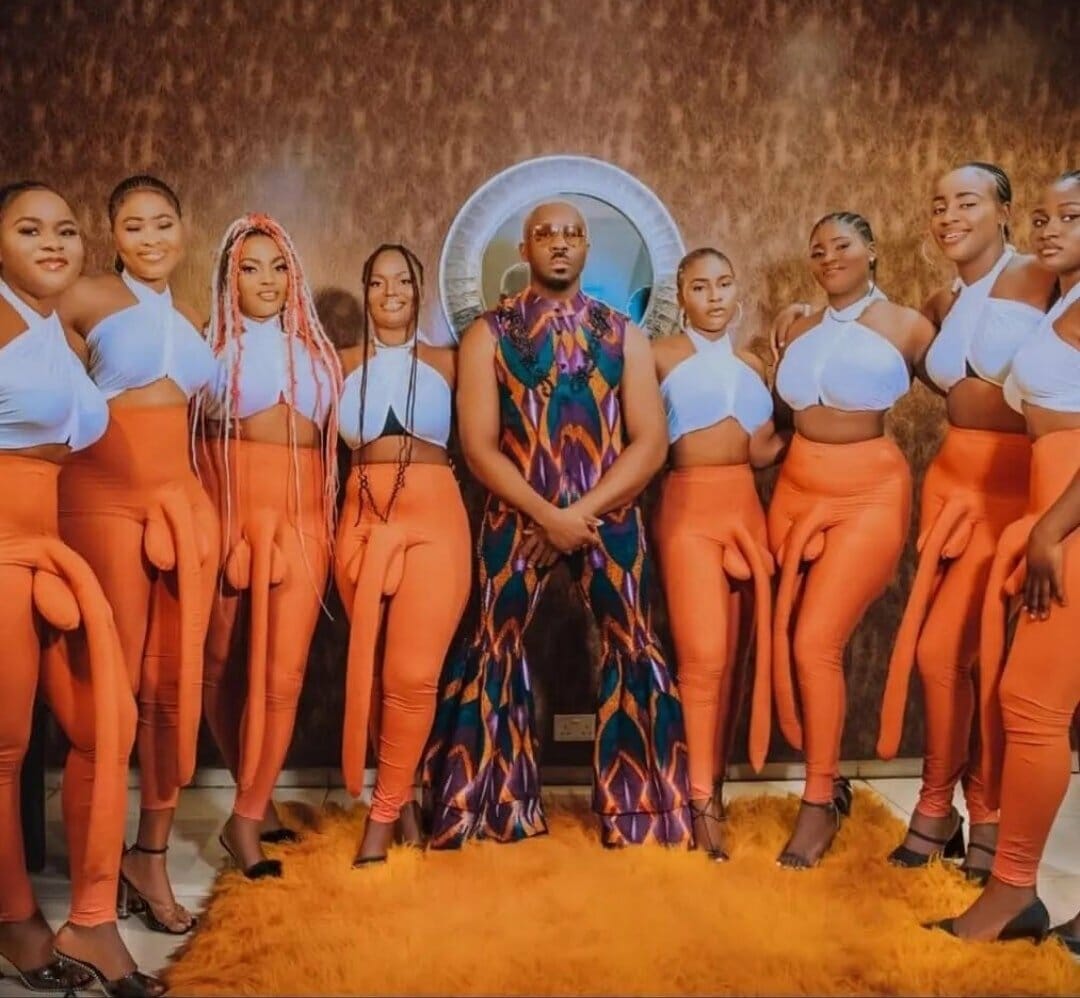 Socialite Pretty Mike has gotten the attention of celebrities with his statement at Don Jazzy’s mother’s funeral.

Kemi Filani news reported that the music executive, who lost his mother weeks back held a funeral for her on Friday, October 7th.

The socialite, who has become well-known for his controversial entrance, stormed the event with women wearing penis-pants.

Sharing photos and videos on his Instagram pages, Pretty Mike stated that he was outside doing what he knows best and putting smiles and confusion in people’s mind.

“Out here doing what I do best, Putting smiles and confusion in people’s mind, believe what u want. But we just laid Mummy to final rest in grand style”.

Many celebrities took to his comment section to applaud him for his level of creativity.

Threatening to disassociate herself from him, Juliet Ibrahim wrote, “Ok it’s official I’ll unfriend u for today

Querying him, Caroline Danjuma wrote, “What in God’s name”

Toyin Lawani wrote, “Mike I know we are crazy together but kitunleleyi oo, this one off me

Ufuoma McDermott wrote, “My brother tank you. Atleast you dey give ushers job for plenty events. Even tailor hand sef dey touch your money small. If you wsterbrothers, you will be watered. Your pocket no go dry IJN

Boma Akpore wrote, “Your wahala too much lol

Over the years, Pretty Mike, has made epic statement at events one of which was his entrance to a political event.

The socialite attended an event on Saturday, August 5th, accompanied by men and women dressed as clerics.

Pretty Mike’s entrance was a mimic of the alleged fake clergy members that attended the unveiling of the APC Vice President candidate weeks back.

Sharing videos on his Instagram page, he stated that our fathers chose to believe and accept such lies.

“Our fathers chose to believe and accept their lies. Most of ur father’s were the foundation of Vote selling and ballot box looting, enough of who is to blame….#2023 Let’s be the generation of Lazy Youths that will deliver this nation from Bondage”. 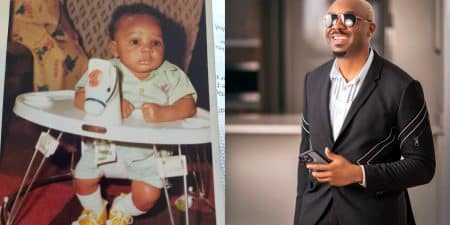 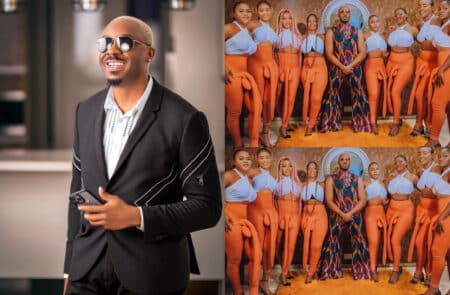 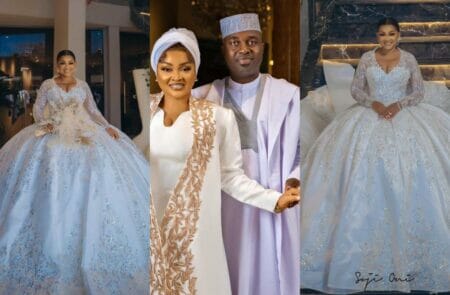 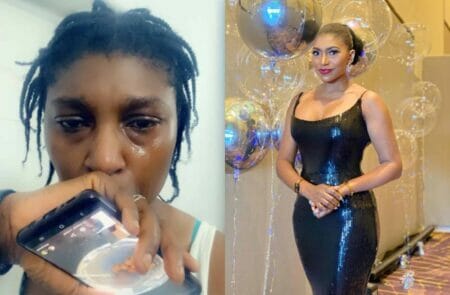 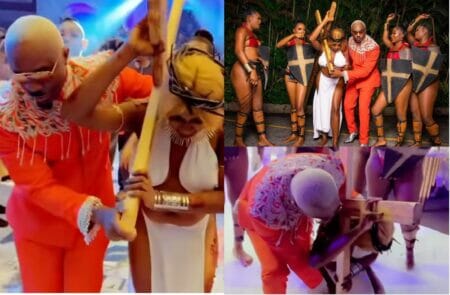