The videos and photos of her engagement by white boyfriend  surfaced online on Saturday with several congratulatory messages.

Cuppy was seen in the video hugging and kissing the yet to be identified White man after he popped the Will-You-Marry- Me question to her on stage.

Cuppy had earlier reacted to her sister’s engagement a few months ago.

She took to her social media platform to react to the news of her sister’s engagement to popular singer Mr. Eazi.

The news of Mr. Eazi’s engagement to Temi Otedola surfaced on social media on Sunday, April 10, 2022, when the couple shared a 38-second video on their social media platform to mark the occasion.

DJ Cuppy expressed her excitement in a post on her Instagram story that simply read; “I am so happy that my baby sister @temiotedola has found her personal person and love of her life. Yo @mreazi I have always wanted an older brother. WELCOME TO THE FAMILY. PS: I introduced you guys so you better find me my own o!” 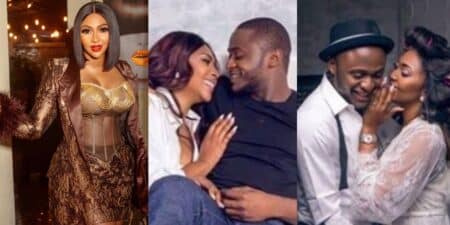