Fitness trainer and BBN-Tobi’s girlfriend, Regina Giwa has shut down speculations of a fight and competition between BBN housemate,Alex and herself 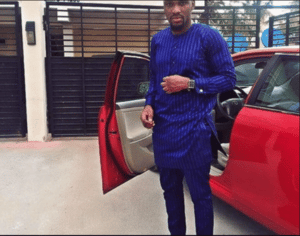 A social media user identified as Eka Ekene preempted the fight, and competition in a post that read ;

“I really can’t wait for the competition and fight between Alex and Regina to start. Thank God my King is out of that shit”

Tobi’s bae who had taken it upon herself to be his major campaign manager and contributed immersely to the number of votes he received, reacted to the post stating that she is too powerful for that.

I see things like this and laugh. Women who have this mentality lack selfworth. But know this:
I am too POWERFUL to be anyone’s shadow”

Alex has reacted bragging that she cannot be messed with;