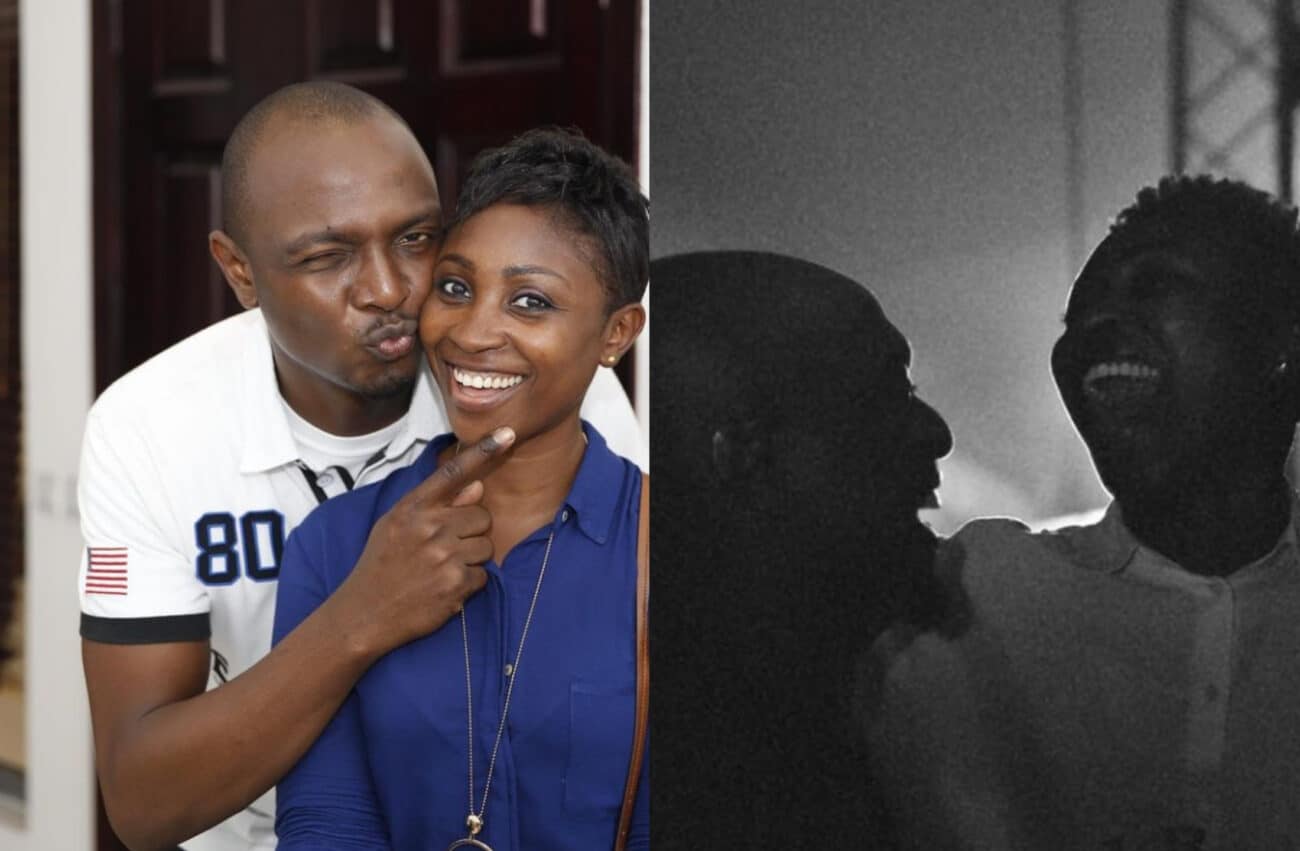 In a lengthy post, IK Osadiouwa recounted how he first mentioned marriage to his wife. He revealed that he told his wife that he could see them being friends for the rest of their lives.

Ik expressed how excited he is that nothing has changed these past years and he still feels the same way, with nothing changing.

“So that’s how we’ve been married now for 14years? Wow! We are almost becoming a serious couple oh. I remember when I first mentioned marriage to you. I told you then that “I could see his being friends for the rest of our lives. I’m really excited that 14 years down, I still feel the same way. Nothing has changed (apart from the colour of your hair: every month). You’re still the one for me (even with your skoin skoin). Let’s keep this thing going. Let’s keep talking to each about, listening to each other, learning everyday about ourselves and who we are becoming. Also let’s take more pictures together. I realized we definitely don’t have enough. Let’s even go to studios to do photoshoots. I love you weed. Here’s to FOREVER”.

Last year, in the euphoria of their 13th wedding anniversary, IK Osakioduwa had made thirteen resounding and reassuring promised to his wife.

Taking to his verified Instagram platform, Osakioduwa who is the anchor of Comedy Nites shared loved up photos of himself and wife.

He captioned them: “Thirteen years later. You are still the prettiest girl in the room (but you’re still not about that)
You’re still the most fiercely loyal person I know (emphasis on the fiercely)
You still like to “form hard guy hard guy” (but a small thing like a popped balloon can bring you to tears)
I want to promise you a few things about the years to come:1. I’ll never leave home without letting you know I love (even when I’m upset with you)2. I’ll always tell you how beautiful you look (I’ll occasionally lie to emphasize this point but not much)3. I’ll never try to change you (Maybe improve you but not change you)4. I’ll make more of an effort to read the emails from school (they too should try to reduce them)5. I’ll try harder not to ruin your diets6. I’ll work hard to make sure that travel dream you had is sorted7. I’ll keep rubbing that your dirty back till I fall asleep (but seriously we should check that out)8. I’ll try to stop complaining about the nasty reality shows you watch9. I’ll let you do you on holidays. You can stay indoors all you want. 🙄10. I’ll keep loving and grabbing that your South African spec ……….11. I’ll continue to teach you to unlock your inner nasty girl12. I’ll cover the areas where you struggle13. I’ll always love you. ALWAYS.
HAPPY ANNIVERSARY BABY#13YearsDown#ForeverToGo.”