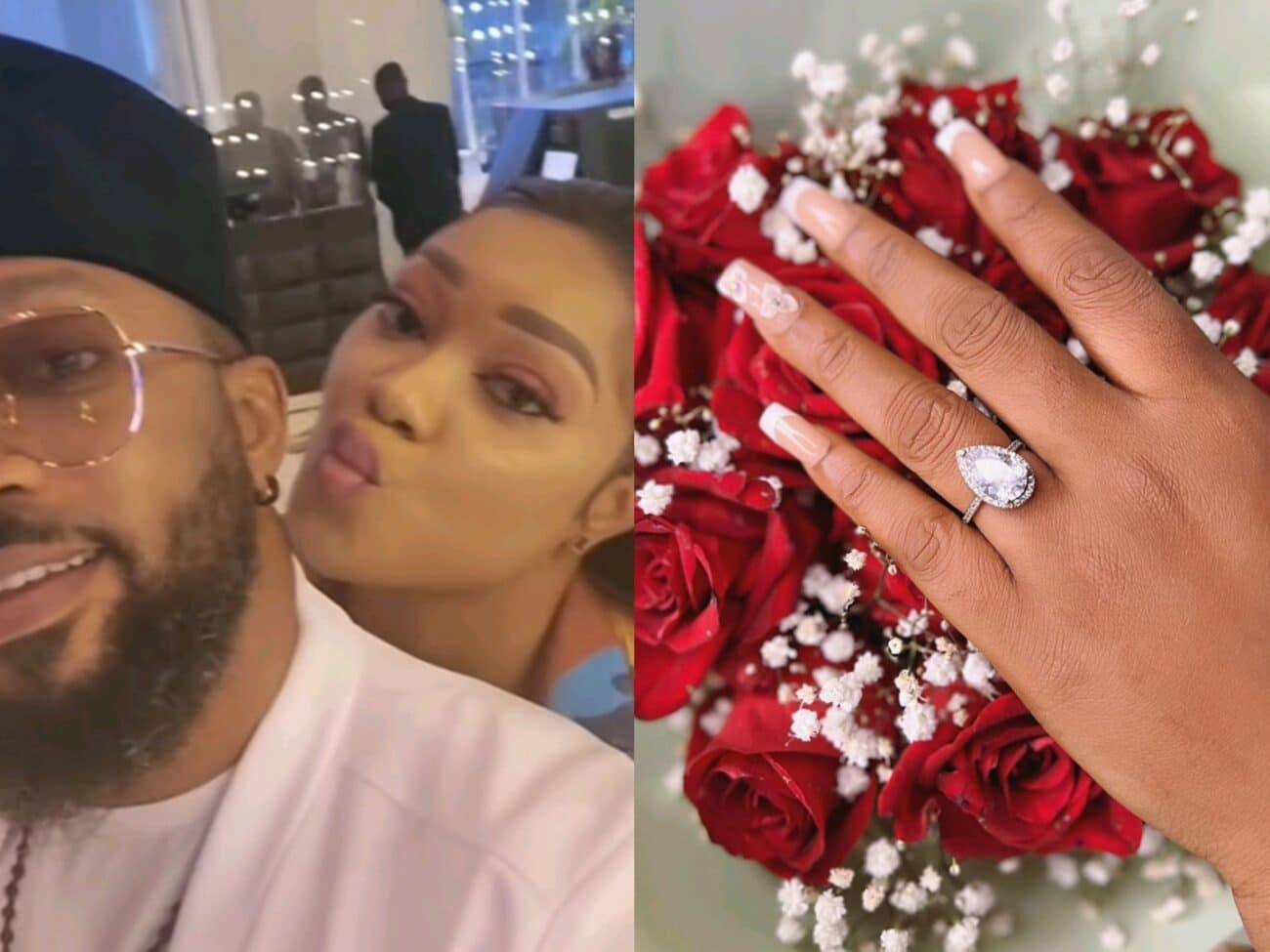 Congratulations are still flooding in for Frederick Leonard and Peggy Ovire who publicly got engaged a few weeks ago as they just flaunted their engagement ring.

The soon-to-wed couple have officially announced their marriage engagement on their respective verified Instagram handles.

Peggy Ovire, the excited Bride to be shared a cute photo of her gigantic diamond engagement ring and captioned it, ‘I said yes! Meet The Leonards.

On his part, Frederick Leonard shared same image and wrote, “She said yes. Meet The Leonards.”

After posts, congratulatory messages have been pouring on their comments sections.

Recall that Peggy Ovire and Frederick Leonard who have been living together as live-in-lovers are expecting their first child together.

Fans of Peggy were spotted showering her with congratulatory messages on her verified Instagram page after she posted  photos that might have showed off her baby bump.

Recall that Frederick Leonard had on bended knees asked his colleague turned lover, Peggy Ovire to be his wife.

This happened on Friday October 21, during Peggy Ovire surprise birthday party organized by her colleagues in Nollywood.

Frederick Leonard was seen in the video kneeling and blushing as he stretched out his ring and asked the million dollar question.

PeggyOvire on sighting him bursted into tears of joy, while other Nollywood actors were screaming in excitement.

This comes after Frederick Leonard via her verified Instagram page announced to the world that his colleague, actress PeggyOvire is the woman he would be spending the rest of his life with.

While celebrating the birthday of Ovire, Frederick Leonard penned romantic words to her.