How celebrities now beg MC Oluomo to attend their parties 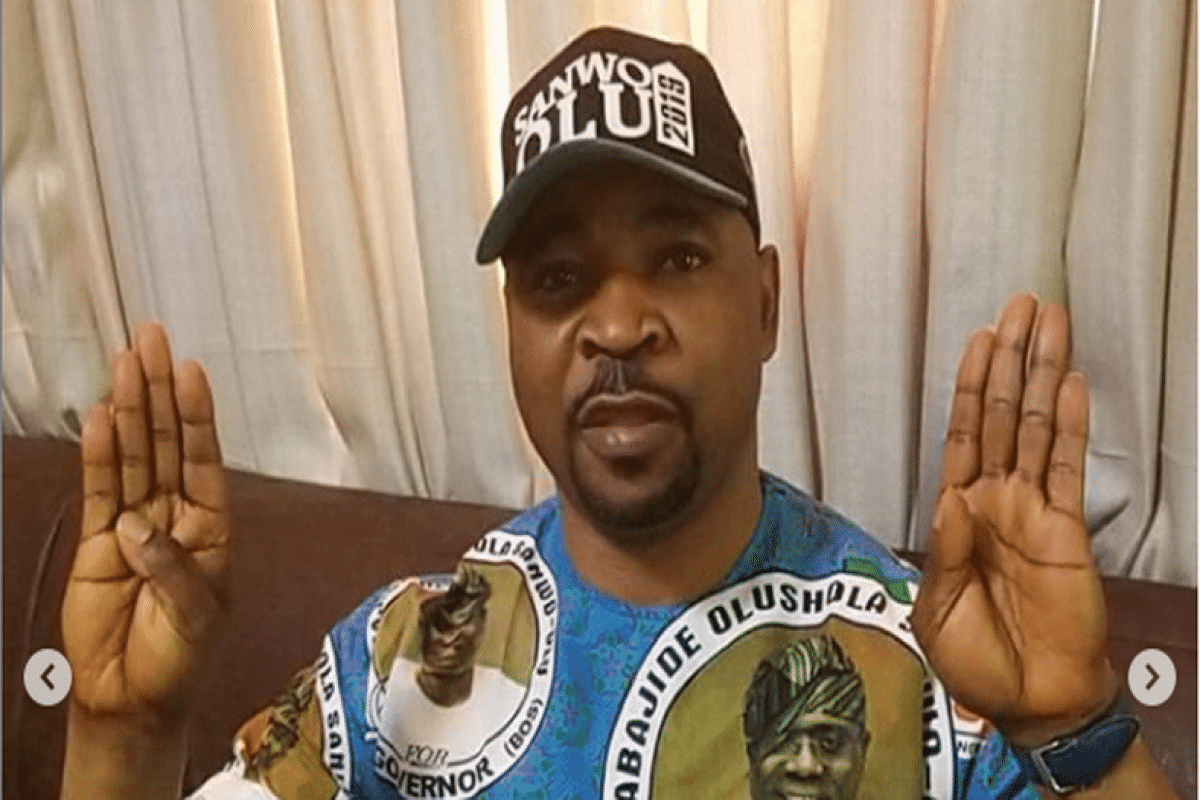 It is no longer News that thairman of LAGOS NURTW, M.C. Oluomo has been attending a lot of major parties across Lagos and the South West in recent times.

As a matter of fact, Seye Kehinde of City People reports that over the last one year or so, he has become a super celebrity whose name is always on the list of top celebrities to be invited to A-Class parties and many women beg him almost on a daily basis to attend their events.

Popularly known as MC Oluomo, hs real name is Musiliu Akinsanya and he is the Head of the Lagos NURTW.

How did he come to bear the name, “MC?” he was asked. “The name MC that people call me started from when I was in school. It was one big woman who named me MC when I was young. She is now in Canada, she is a Mama Alaye. Then, when we were young we used to play a game called Game and Watch. My name is Musiliu but she turned it into MC. We used to move from school to school challenging ourselves so she would tell people to go meet that MC Boy. That was how the alias stuck.”

Where was MC Oluomo born? “I was born at No.11 Oshodi Road, at Agbo ile Atere. My daddy is from Ejigbo, Lagos State, I related to Ejigbo, Isolo, Oshodi, Igbeba. Those are the 4 areas I am linked with. But really I was born in Oshodi. That is where my father was born. My dad and some others established that place. My dad married from Agedegda and he has a child from there. That is why all the Obas of that area honoured me with the Oluomo title.

About 22 Kings honoured me then. It was at Isolo, at Oba Kabiru Agbabiaka. I have the certificate with me. I grew up in Oshodi. But when my dad died, my mum took us away from there because of the polygamous nature of the house. At that time, I was at Afolabi Primary School in Oshodi. I was in Primary 3 then at the time my dad died.

My mum now took me to Abeokuta, her hometown. I was in Abeokuta when I did my Primary 6 at Olu Efon Primary School in Abeokuta.

When he was young did he ever think he was going to be this successful and popular? “Yes and No,” he says. When I was young, the story my mother told me was that whenever I am coming back from school my schoolmates will follow me home and that is where they will all eat lunch before they then disperse to go to their various homes.

Even my first wife, Alhaja Modinat Adunni Akinsanya, and I met in Primary School when we were very young, then we would hold ourselves. She went to Methodist Primary School; I went to Afolabi Primary School. And she is still my wife till today. My mum used to tell me that people always gather round me,

that they always wanted to stay with me, to play with me and we would play with sand. She will be selling her wares in front of the house on Oshodi Road in those days. She said also when I was in Primary 5 in Abeokuta; my schoolmates also liked me then. But I never thought it will turn out this way. When I got to Primary 6, I now realized that my mum could not pay my way any longer through school, so I became a Conductor then at Adatan. They used to call it Interstate then. We would sit on the bonnet. I used to hang around those boys at that Adatan Filling Station. Once I get there a lot of boys will gather round me.

But despite the fact that I grew up on the street, as a Conductor till now I never joined my contemporaries to smoke Indian Hemp or even cigarettes, or take alcohol. Many people are always surprised. They are always shocked to hear this.”

Why? How did he achieve this feat? “Because I used to pity my mum, and I appreciate her efforts. And I didn’t want to get her worked up or get her worried. It just didn’t go with my philosophy of life. I never smoked or drank alcohol. I didn’t even taste it for once. If they take me to the doctor now to test my blood, smoking, drugs or alcohol would not be found, nothing. I take only water or malt.

Even the Chelsea drink I don’t take. No, no, no. And I don’t joke with my 5 times prayers daily because I believe there is nothing greater than God. It is God who saw me to this stage in life. It is by his power. It is by his design, not by mine.”

He is known to be very close to APC leader, Asiwaju Bola Ahmed Tinubu. How did their relationship start? For how long have they been close? “We’ve been close for years,” he explained. “ He accepted me because he discovered that I am straightforward. Asiwaju does not like people who tell lies. He can’t stand anybody who is not straightforward.”

“Number 2 in those days, when Asiwaju contested to be a Senator, we were very young then. We were inside Oshodi then. Then, when Asiwaju contested to be Governor the first time I was with one of my daddy’s friends then. I used to hope and pray that someday I will get close to Asiwaju, that I will meet him one-on-one. Because, when he did his rally then distributing and throwing out to people Wasiu Ayinde’s tapes freely, I was one of those who used to run after him at Oshodi then.

How does he relax? “I travel a lot,” he said. “If I realise I have a free time, I can decide to travel to London or stay at home with my family and friends. I am a Chelsea fan. Chelsea for life. But I don’t watch most of the matches live! Because I can’t stand the noise that comes with watching live matches. But you will see me wearing the club’s jersey.”

How about his kids? Has anyone of them taken after him? Will he want them to? ‘‘It is God that designs a man’s path. There is no job anyone can’t do. Anything they decide to do, I will support them. It is God who uplifts. He will decide for them. As long as it is on the right path. I pray for them to be very successful. Many of my children live abroad. They have become (Aje Butters) when they are on holiday they come home or I travel abroad to go and visit them in school.’’

When they are at home, they are usually reading their books, or they go to Shoprite in Ikeja or Ozone in Yaba to watch a movie. Once they go and come back they go back into their rooms. They are closer to their mum than me. My own is to make sure they are ok, and pay their school fees and see to their general welfare.’’