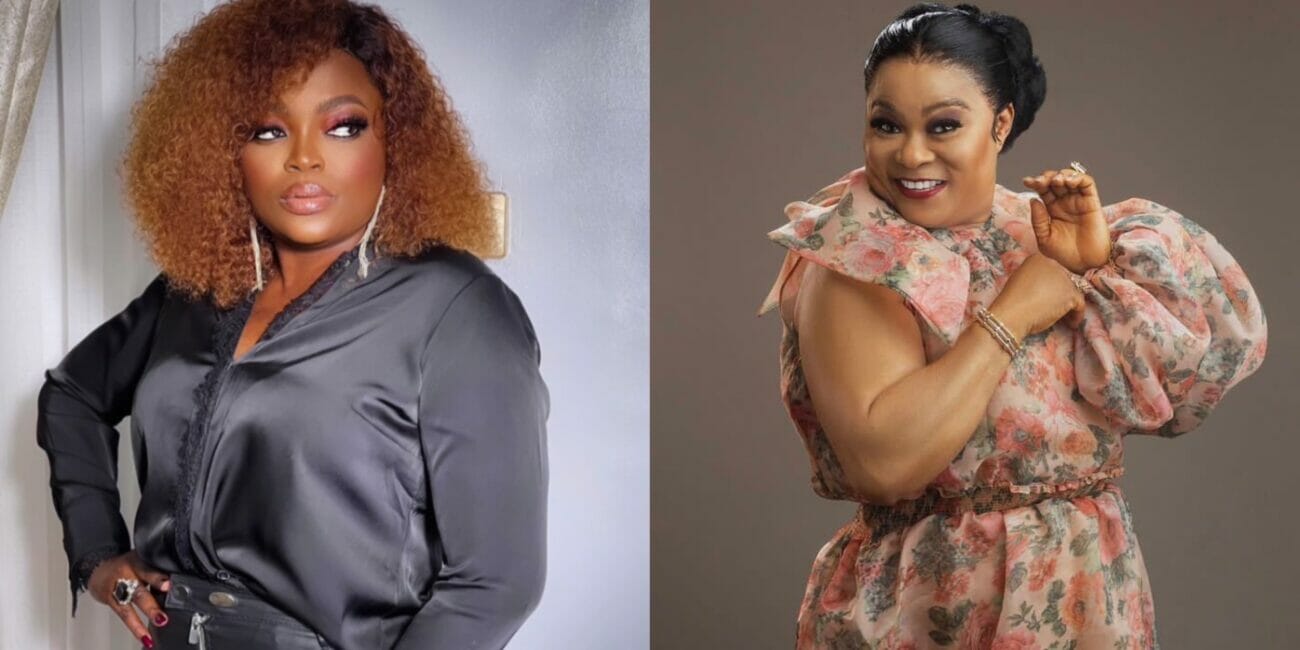 Nollywood actress and filmmaker, Funke Akindele has opened up on the pivotal role veteran, Sola Sobowale played in her career.

While celebrating Sola Sobowale’s 59th birthday, Funke Akindele shared her first encounter with the veteran actress. She recounted how she met Sola Sobowale on a film set and walked up to her to reveal her desire to her.

Funke told the thespian that she wished to work with her on a project as a producer or director and Sola prayed for her dream to become reality.

Today her dream became reality as, Sola Sobowale played the role of her mother in her newly released movie, Battle on Buka Streets, which she produced and directed.

Quick Story, when I was still trying to find my feet in the movie industry. I met Aunty Sola on a film set. I walked up to her and told her that someday I pray and wish to work with her on a project as a Producer or a Director. She wished me well and prayed for me. She told me that day would come to pass and it surely did. Just as you said Aunty, you worked with me on Battle on Buka Street and it’s a hit!!!

Thank you so much Aunty Sola for your hardwork, patience, for being an amazing woman and for your prayers. May God continue to bless you and be with you.

Thank you very much Mummy. Happy Birthday ma. May you live longer in good health and wealth. Amen”.

Days back, Funke Akindele had showered praises on her colleague, Mercy Johnson for doing an awesome job with her role in her newly released movie, Battle on Buka street.

Kemi Filani previously reported that Battle on Buka Street which is directed by Funke Akindele is a story about two women who found themselves at loggerheads when they set up a food business on the same street causing commotion and rivalry between their families.

“My darling Mercy, it was so much fun working with you. You are a fantastic Actress. Your interpretation of the AWELE character in #battleonbukastreet was awesome!!! It was a job well done. I wish you all the best dear because you will be winning a lot of awards with BATTLE ON BUKA STREET!! Remain blessed my darling.”

Acknowledging the appreciation post, Mercy Johnson responded by saying “I am speechless, your humility and leadership is second to none Aunty mi…Thank you for nurturing me and having me on your set..God bless you always”. 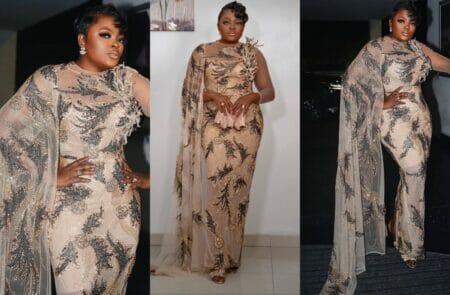 “A vision in a dress” Sola Sobowale, Mo Bimpe, others lavish sweet words on Funke Akindele 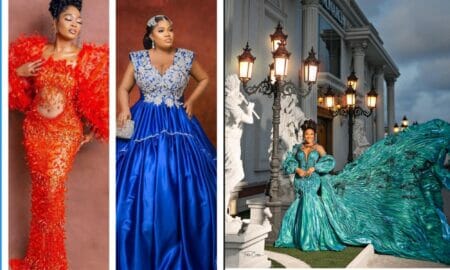 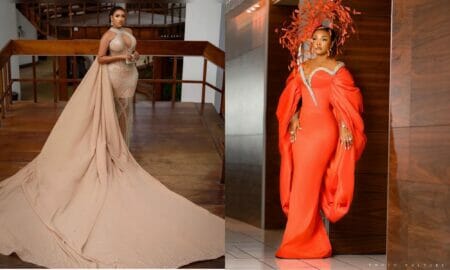