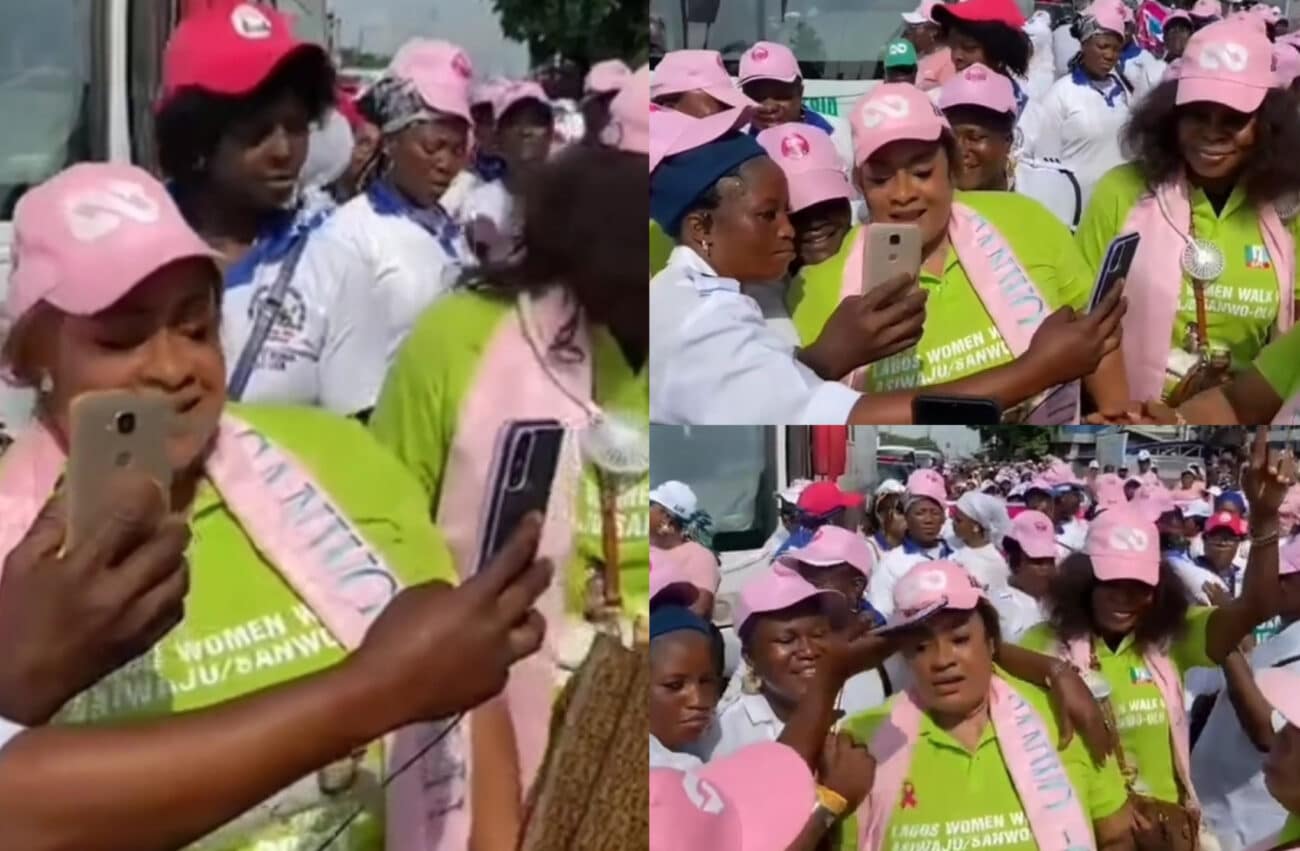 Kemi Filani news reported that women from different parts of Lagos state staged a solidarity walk in support of Tinubu and his deputy, Shettima, and Sanwo Olu and Hamzat, who are running for Governor and Deputy-Governor of Lagos State.

The support walk is ongoing at Tinubu Square, Lagos State.

Videos of the women, comprising artisans, traders and market women and professionals, and celebrities marching on the streets with banners, have been trending online.

We are sure more celebrities would join the solidarity walk as days back, the list of celebrities heading Tinubu’s made its way on the internet.

Recall that a list of the Tinubu/Shettima Women Presidential Campaign Team had made its way to the internet and had created an uproar.

In the 70-page campaign document, no fewer than 33 Nollywood and Kannywood actors were listed under the Creative and Entertainment Category.

However, actress Rahama Sadau released a PSA disassociating herself from the list.

Kemi Filani news recalls Foluke Daramola had publicly reacted to the political drama ensuing between herself and her husband, Kayode Salako due to their difference in choices of presidential candidates for the 2023 general elections.

The busty actress had addressed the stance in a press statement posted on her Instagram page. Vowing to stick with Tinubu till the end, Foluke Daramola declared that her husband’s role with the Labour party will not affect her assignment with Tinubu.

This declaration came after her appointment as the Assistant Director for the media department of the Performing Arts Directorate of the APC’s presidential council.