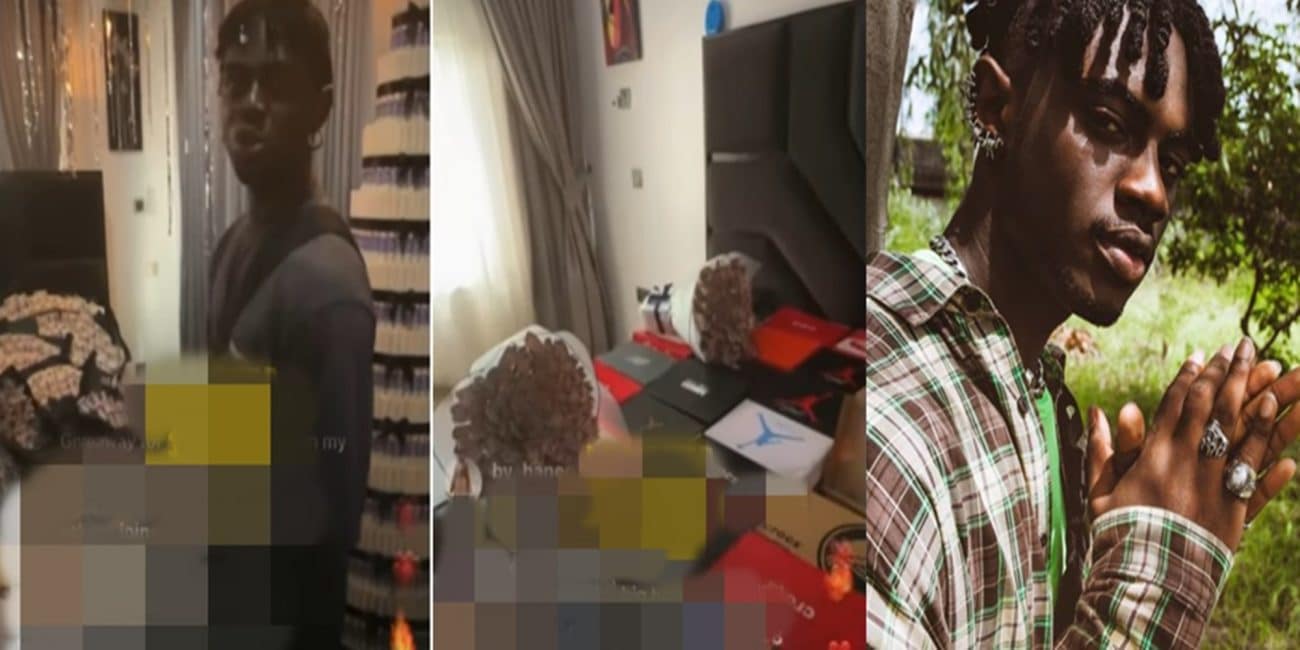 The singer shutdown Lagos club, where he held his party.

As part of the celebration Bryann’s fans gave him a surprised visit where they doled out a N10m cheque, raw cash, studio equipment, and other expensive items to mark his special day.

The reality star’s fans also gifted his mother a money cake to appreciate her efforts in shaping him to what he has become.

aking to his Instagram page, Chief Priest revealed that he was getting a new car for the singer.

Thank you @ralphthecarpriest for the soft landing. My kid brother @bryannonly is Getting a brand new @mikanomotors car”.

This came a day after Cubana Chief Priest took Bryann on a shopping spree.

The businessman took Bryann shopping at a luxurious boutique where he bought many designer items.

In the video which made rounds, Bryann could he seen with his management team as they toured the boutique.

Bryann could be seen carrying bags containing the designer footwear and other fashion accessories.

Chief Priest added that he was excited for the reality star and declared that he would ensure he lives a lavish lifestyle.

Previous ArticleEPL: I could have had a heart attack – Conte reacts to Tottenham’s 3-2 win at Bournemouth
Next Article EPL: Van Dijk loses first ever match at Anfield as Leeds defeat Liverpool 2-1