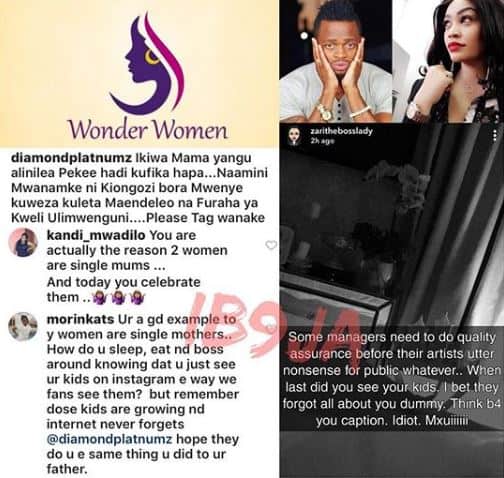 Popular singer, Diamond Platnumz’s got far more than what he bargained for after praising single mothers on social media.

Using his mother as a typical example of a strong simple mother, he went

” if my mot on to make a post which read;her raised me up alone, I believe a woman is a great leader who can bring progress and true joy to the whole world. Tag the women”

Unfortunately, this did not go well with one of his babymamas and some fans as Diamond was accuesed of being the reason why tow women are sigle mothers coupled with the fact that he abandoned his kids.

The singer tried to salvage the situation by turning to the baby mama in a rude reply but that didn’t do justice to the alreasy sparked controversy.