Crossdresser, Bobrisky has once again gone the extra mile to prove to Netizens that he is a female, this time he dwells on cramps.

Taking to his Instagram page, Bobrisky said he is having camps due to too much sugary consumption.

He wrote: Have been eating lot of sugary things lately now dis cramps won’t let me be

Menstrual cramps are aching females gets in their lower belly just before and during periods; it can be mild or severe.

Netizens have taken to the comments section of Bobrisky also called senior man to react to his cramps claim. While some played along with his gender claim, others slammed him.

Diva Gold wrote: Eh yah the kneeling down of a good mother.

Faw wrote: Which cramps again now u get womb?

Emmy crown wrote: U say wetin…Cramps for where .. Shey u dey whine us ni

Thick Thighs wrote: Sorry baby that’s what we ladies go through. Take Felvin and you’ll be just fine. So sorry

Teema Blinkz wrote: Oh no, Have you taken any reliever?

Arike Gold: I honestly wish I could drop a vn❤

Nomsa wrote: Cramps for what?

Randy Radio Lover: Use felvin or menstrogen it worked on me very well when I saw mine last month.

Emmanuel wrote: Woman with the issue of Bloods

Quincy wrote: Cramps for leg or for which place?

Bobrisky promises to convince Nigerians he is female

Kemi Filani news reported Bobrisky revealed what he will do to convince Nigerians that he is a female.

Bobrisky, who stressed that it is only in Nigeria that people argue about his gender said he would have to spread his private part on the air to convince Nigerians.

He wrote: ‘Only in Nigeria people argue your gender with you. I say I am a girl, some are still doubting. Until I spread, my kpekus on air before una believe’.

Bobrisky seeks advice from his fans as he experiences the unimaginable

Kemi Filani news recalls that Bobrisky asked for advice from his fans after he explained the unimaginable.

Taking to his Instagram page, the crossdresser revealed to his fans that he noticed whenever he wears a brasier (meant for a woman to support the breasts), it leaves him with red lines on his shoulder.

Bobrisky further asked his female fans if the brassiers ain’t his size because of the side effects he has been experiencing.

He wrote: Ladies get in here… I noticed whenever i wear my bra and it’s time to take it out yeah.. it leave a red line on my shoulder and my under breast too. Do you think they aren’t my size anymore? 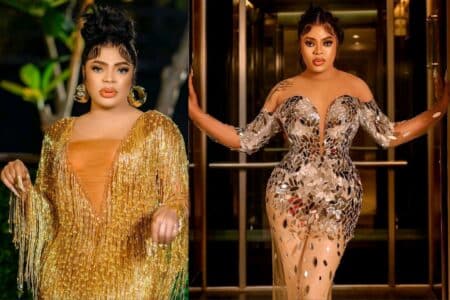 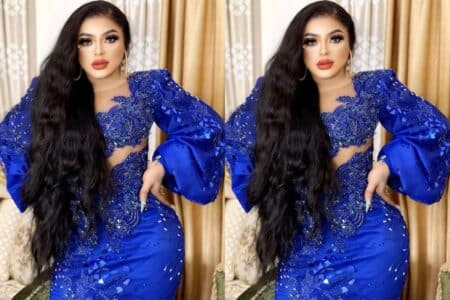 Without you, I’m useless – Bobrisky hails mystery lover for standing beside him against all odds 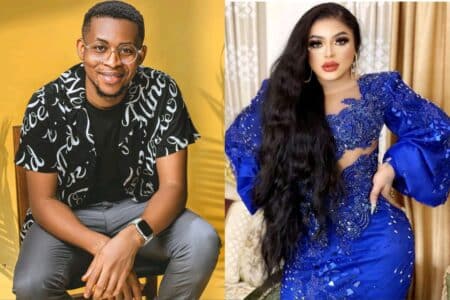 You are a man, no matter the surgeries you do, your DNA speaks volume – Solomon Buchi tells Bobrisky 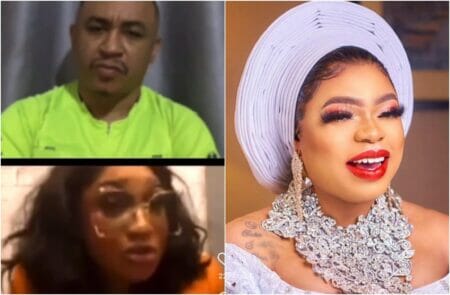 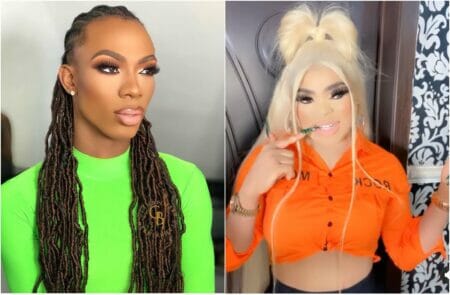