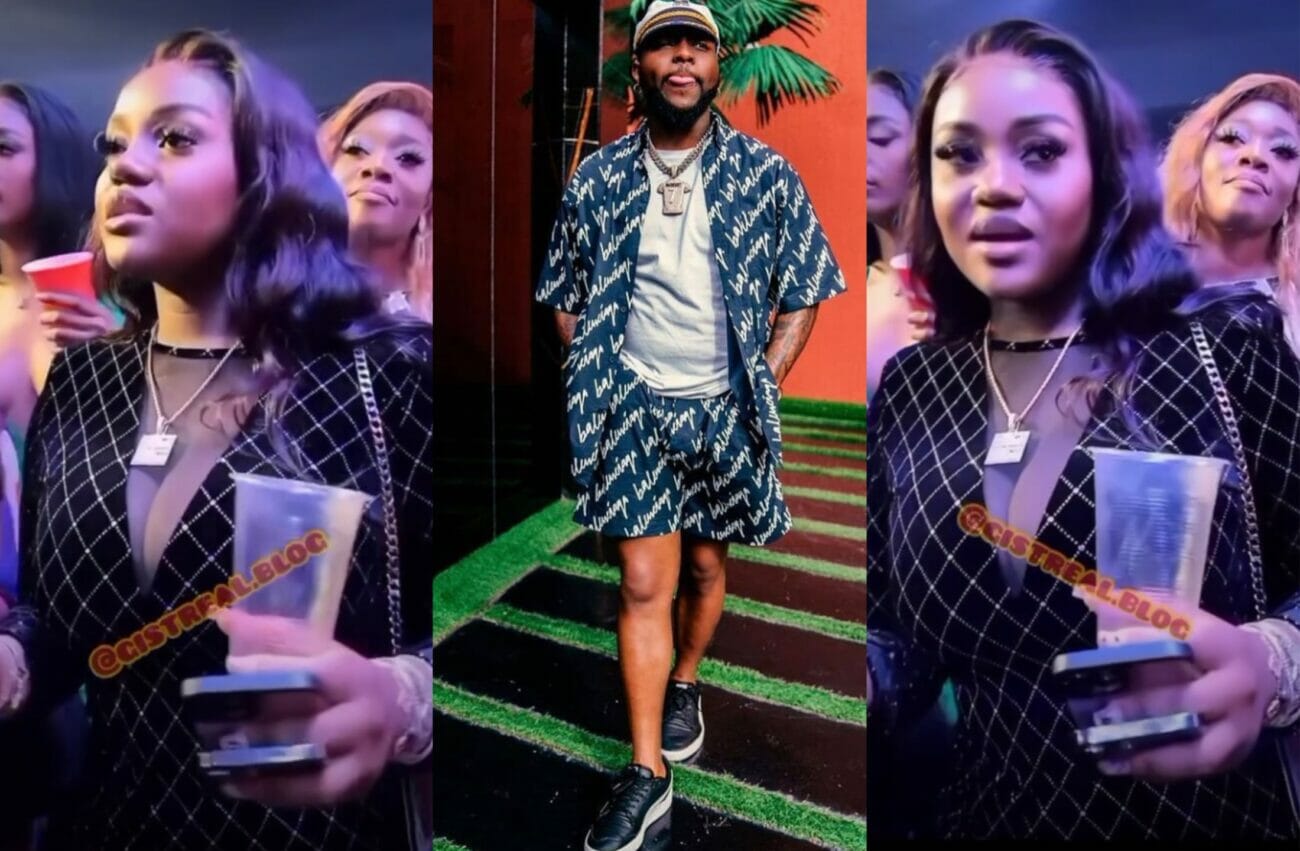 Celebrity chef and mother of singer Davido’s third child, Chioma Avril Rowland has left many singing her praises with her recent show of support to the singer.

The mum of one stepped out in style for Davido’s concert rocking his new 30BG pendant worth millions. The pendant had the inscription, ‘002’, which hints at Davido and Chioma’s reconciliation.

In the video making rounds, the brand influencer could be seen sitting front row as the singer gave a stellar performance.

The adorable moment has melted the heart of many as they took to comment section to drool over her beauty.

The video further fueled more rumours that the ex lovebirds are back together. This made fans of the couple happy as they took to comment section to gush over them.

Brown Iwales wrote, “It’s the 30BG Diamond for me, love is beautiful

Chizzy wrote, “My love for them is out of this world we give anything to see them end up together

Brown Iwales wrote, “Cha Chioma too fine with so much carriage it’s the chain for me. Davido wife Chivido

Jenniy wrote, “If davido no marry Chioma….he is on his own…Chioma and privacy na 5 and 6…she the only one that can tolerate his coconut head…see 30bg chain oh…she ni make noise..if na others they for don post am reach everywhere.

Adebayo Owendy wrote, “I love to see both of them together my love for them is out of this world

Jenny wrote, “Omo chomy is a beauri abeg, all I see is love and support right there…mama and papa ify to the world

Mercy wrote, “There’s still something serious going on between these two

Jenny Karzcouture wrote, “I love these 2 together…I can’t figure out why I love them so much…

This is coming days after Davido fought for her

The singer came to Chioma’s aid when a troll attacked her over her congratulatory message to his elder brother, Adewale Adeleke.

Taking to his comment section, Chioma Rowland joined many in congratulating him.

The mother of one described him as her ‘bro’ which was offensive to others.

A troll, who was left displeased with her lack of respect slammed her.

Calling her rude, he stated that he would have slapped her, if he were to be Adewale Adeleke.

Pissed by his words and in defense of Chioma, Davido threatened to make him flee the country.

This had won him praises from many as they noted how Chioma has been constantly bullied online following their messy breakup.