See the question Bovi asked about the female Croatian president 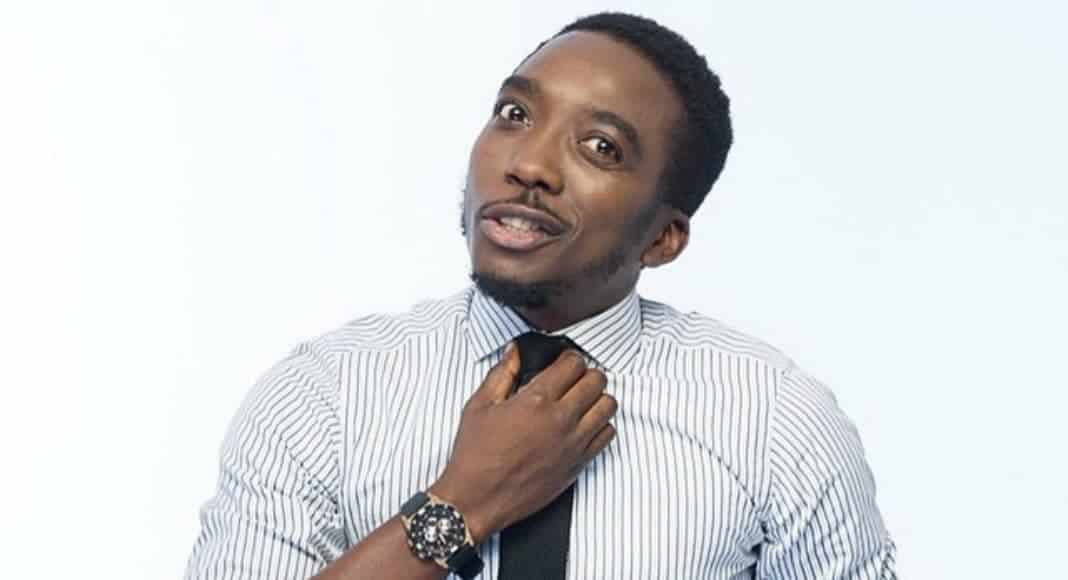 Nigerian comedian, Bovi has put forward a question to his social media followers concerning the conduct displayed by Kolinda Grabar-Kitarović, the President of the Republic of Croatia, who hugged players of her national team after they lost to France at the Russia 2018 world cup final.

Reacting to a video showing Kolinda hugging the players in the dressing room while most of them were just bare-chested, Bovi wondered if a male president can be allowed to try such if the players were females.

“One of the stars of the World Cup. Loved her all round natural display. I watched as she went into the locker room of the players after defeating England and reaching the finals. Like a loving mother, she hugged each and every one of them (most of them were shirtless and on briefs). My question is, if a male president, say Macron for example (deliberately using another country’s president to avoid diversionary debate) went into the female locker room of the super falcons and gave each one of them a hug (while covered in sports bras and shorts only), what would the world say?” 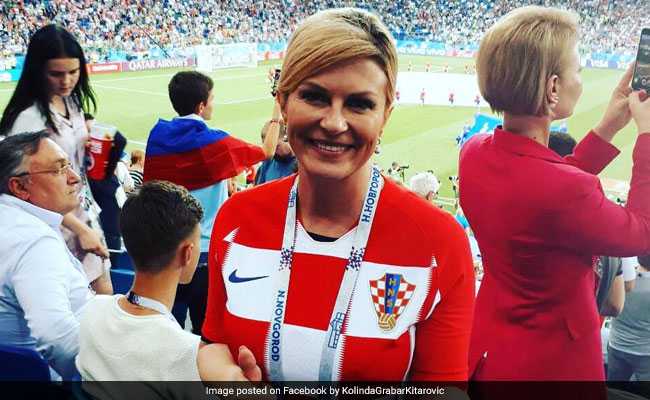 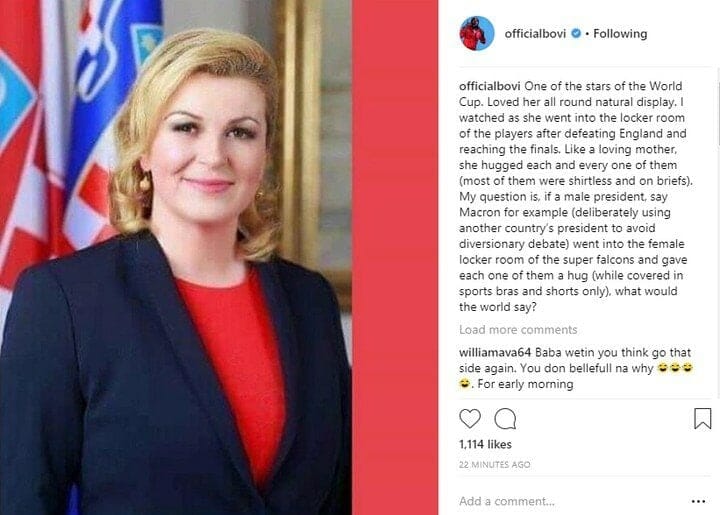