Black girl who is ashamed of black people, drags Beyonce 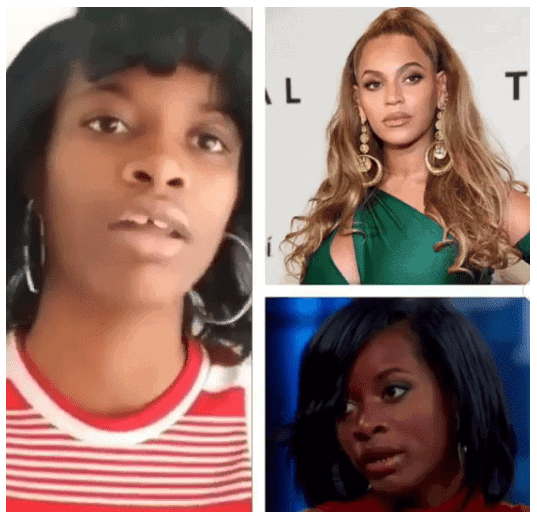 Multiple viral online videos have captured the 16 year old black American girl who made headlines for saying she is ashamed of black people, dragging Beyonce.

Upon attaining media attention over her racist comments of her own people, it appears there is no stopping for this Black teenager whose name is “Treasure” as she has now targeted the Queen of music herself, Beyonce Knowles.

Check out the video where she called Beyonce a talented bitch, amongst others

It may be recalled that she shocked the world recently when she appeared on Dr. Phil’s show to say very racist things about black people while stating that she identifies as a white person and “white is right”.

She claimed she is “completely and utterly better than” African-Americans. She further stated that African’s are ugly and are all criminals.

According to her, she knows she’s white because she can feel it in her veins.

My ears, I don’t have black people’s ears because they’re really giant.

When it comes to black people, I think they’re all ugly and I have nothing in common with them.