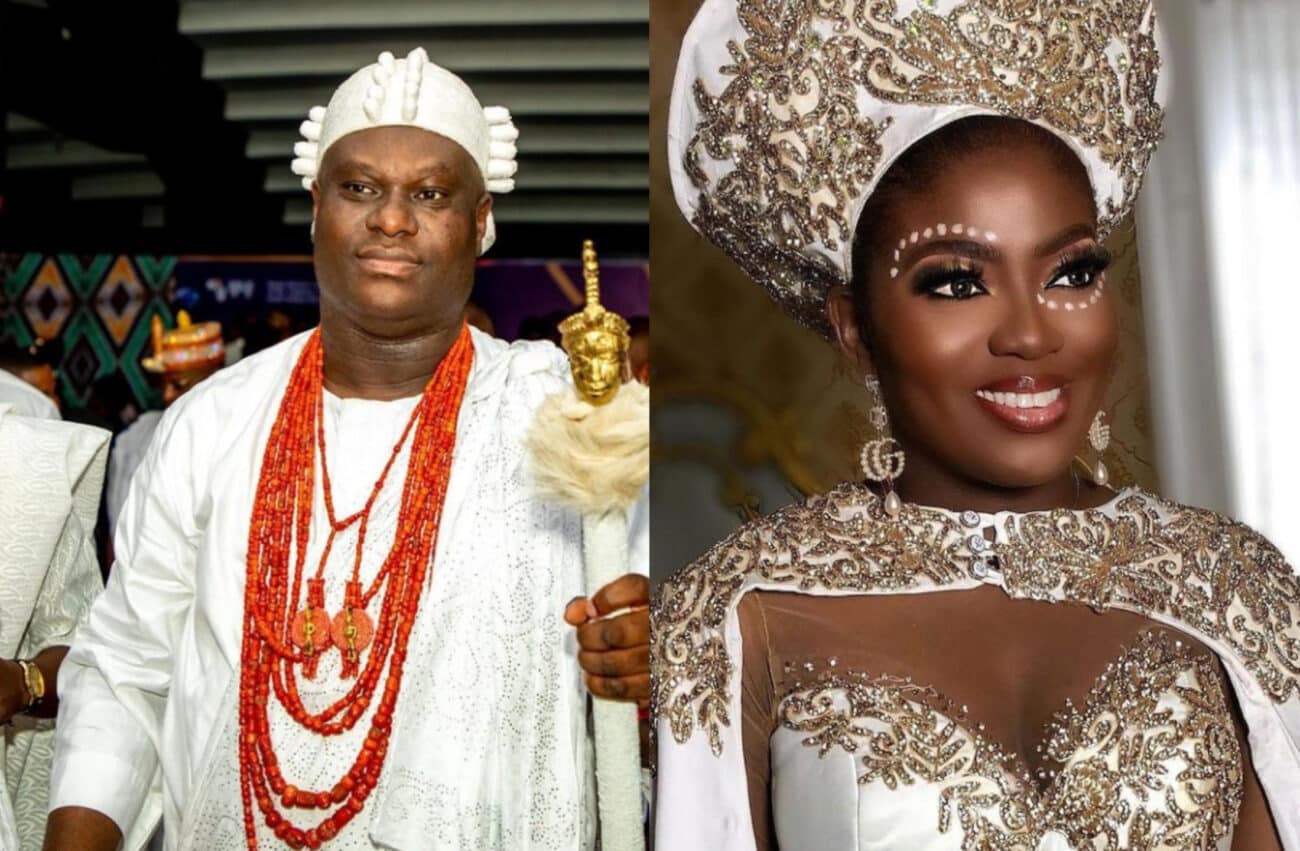 There is jubilation in the air over the news of the Ooni of Ife’s marriage to his long-time partner, Princess Ashley.

The monarch is fast replacing any vacant queenly thrones, especially those who left unceremoniously.

According to the rumours making rounds, Princess Ashley and ex-beauty queen, Tobi Phillips are the Ooni’s newest wives.

Journalist, Kemi Ashefon reported that the Ooni is set to wed Princess Ashley in grand style.

The beautiful queen will soon be officially married to the monarch.

From the wedding invite, the King and his new wife are set to tie the knot on October 14th, 2022 at the Palace of the Ooni and the residence of the bride’s parents.

Many expressed excitement over the good news as they noted how the Princess deserves a place at the King’s throne.

Actress Bimbo Akisanya who is a fan of Princess Ashley wrote, “My favorite”

One Ftlawwie wrote, “Congratulations and I wish Kabiesi many more wives in the palace

One Olabisi Omolagbeke wrote, “Congratulations to him for the great achievements let him continue

Ooni of Ife unveils Princess Ashley as one of his queens

The Ooni’s marriage to Princess Ashley isn’t coming as a surprise as many know that the princess has a special place in the Ooni’s heart.

Despite the fact that his then-wife, Oloori Naomi was recognized as the first Queen in the palace, she and her family members who lived with her, knew categorically that Queen Ashley cannot be toyed with.

Journalist Kemi Ashefon reported that they all know Ashley is a no-go area and the Ooni doesn’t tolerate any form of disrespect towards his beautiful Ashley.

Well, Ashley was unveiled as his queen during the 47th birthday of the Ooni in October 2021. Even Oloori Naomi acknowledged the presence of some queens in the palace while giving her vote of thanks at the surprise party organised for the king.

She referred to Ashley as the Princess of the Source and prayed for more queens in the palace.

Not a few followers of the Ooni on social were surprised when Oloori Ashley referred to the monarch as ‘my crown” in her birthday shout-out.

Recall that Princess Ashley stole the spotlight at the Olojo festival in Ife, Osun State.

The princess stole the attention of many with her energetic dance steps at the festival.

A video which made rounds online captured Queen Ashley dancing heartily at the Olojo festival, while many joined her on stage.

The vibrant Queen was the centre of attention at the Olojo festival after party, which had the Iyalaje Oodua, Princess Toyin Kolade, and Ooni’s sister, Princess Adesola Ogunwusi, to mention but a few.

Many who reacted to the video taunted the new Queen for wanting to claim the spotlight at any given opportunity. 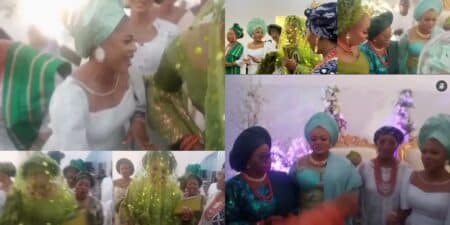