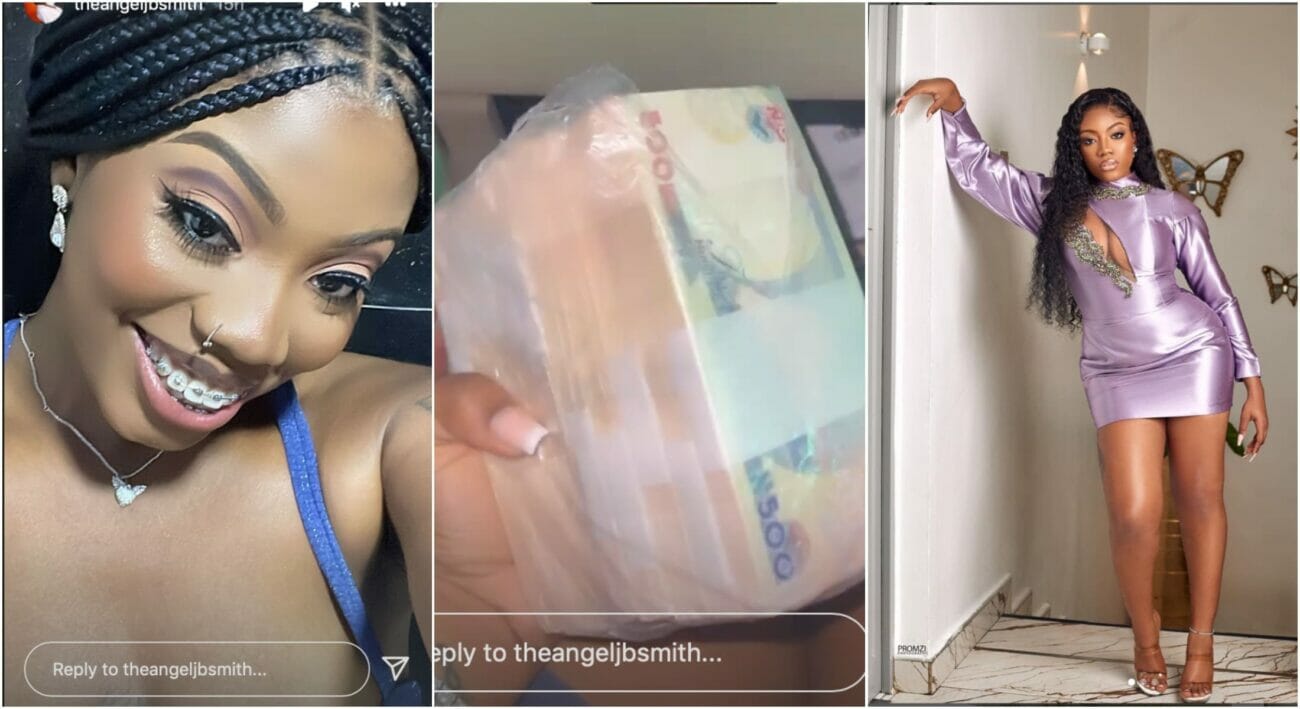 Former Big Brother Naija ‘Shine Ya Eye’ Housemate Angel Smith has been dragged on social media after flaunting the wads of cash she received at a nightclub.

Angel’s controversial lifestyle and frequent public display of her body have always generated online reactions, with many netizens claiming she’s a runs girl.

Taking to her Instagram story, Angel bragged about the money she received from a club-goer because of her beauty, a kind gesture she described as pretty privilege.

Angel wrote: Pretty privilege cause someone gave me this at the club because I’m a fine girl.

However, some social media users seemed not to believe Angel’s narrative about the cash gift claiming it was hookup money, and others say it might be true as some men can go at any length to get a lady.

keeping_justkeepgoing wrote: lies from the pit of hell. It might be true….our boys can go any length because of tohto

Opemipoju1 wrote: Her nightly rate is 500k per night for future intention customer

In the lengthy post shared on her Instagram page, Angel expressed appreciation to God for making her a perfect creature and masterpiece.

Angel described herself as a woman full of dreams, accomplished who had laughed, cried, toiled and prayed that the soil with which God created would never cave her.

In her words: Dear Angel, Happy birthday, 22 years ago; today; Eledumare thought of every image and he created you intricately, soil and soul involved ; and after he finished moulding you, he looked at you smiled and said “she is perfect” it didn’t matter that you had an open bite or legs that curved, you were his masterpiece.

You’re a woman; a 22 year old woman, that has laughed and cried and toiled. May the soil Eledumare used to create you never cave Angel. Cheers to another trip around the sun. 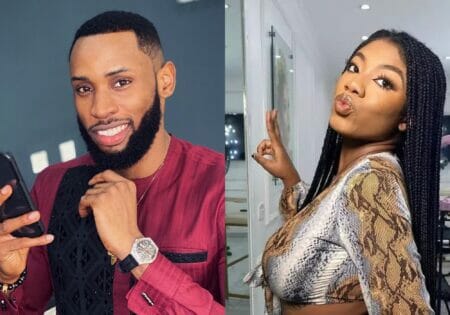 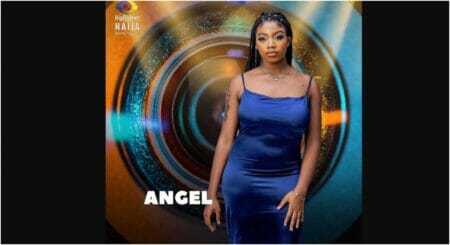 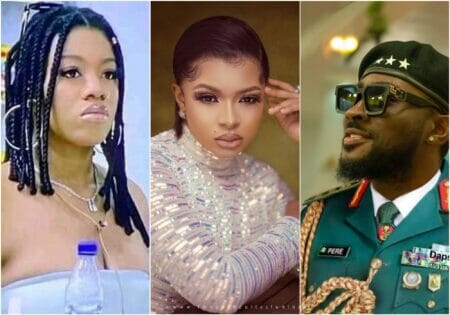