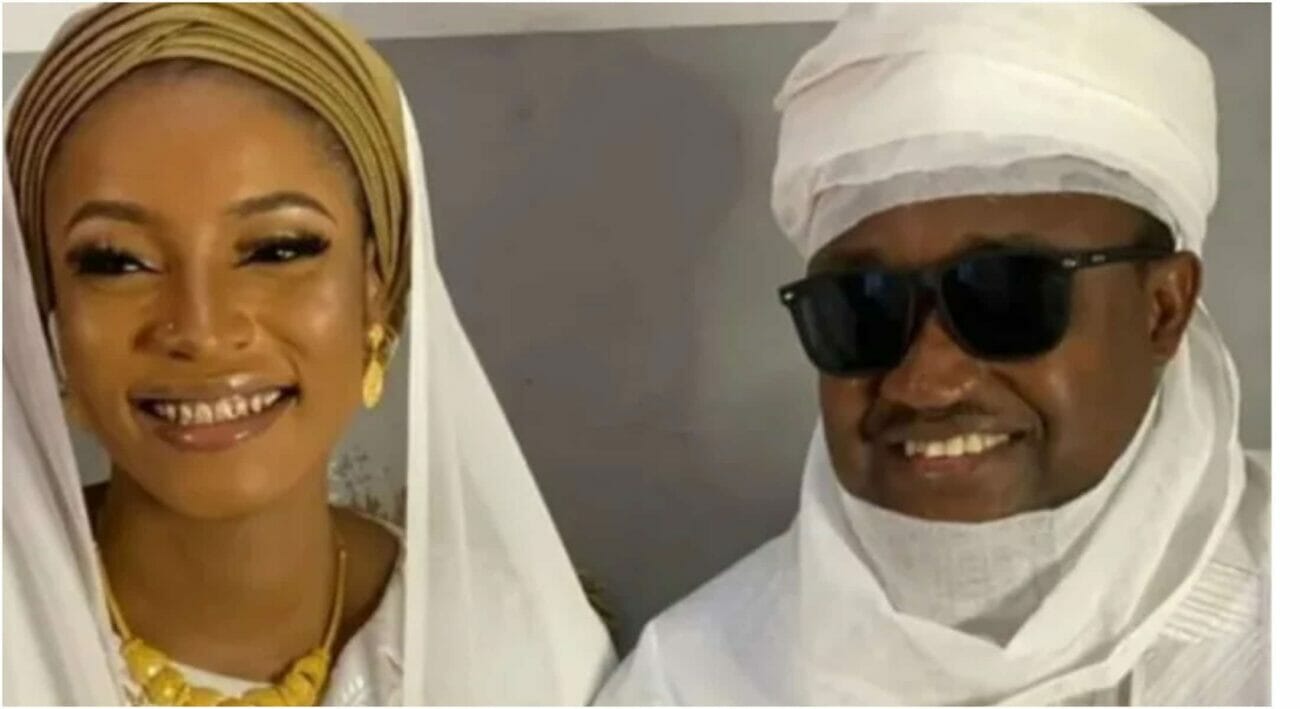 The wedding ceremony was held in Kaltungo, Gombe State on Friday.

Maryam shared a video of herself on Instagram on Saturday with part of the caption reading “officially taken” along with ring emoji.

KFN reports that Babangida, who was in the Dream Team squad that won the gold medal at the 1996 Olympics in Atlanta, was also conferred with the chieftaincy title of Baraden Wazirin Kaltungo.

The 48-year-old former Ajax player shared videos of the ceremony on Instagram.

Born in Gombe on November 9, 1992, Maryam rose to prominence for her lead role as Laila in a movie titled Labarina.

The role earned the 29-year-old the nickname Laila with which she is popularly known by fans.

Her husband, who retired from playing in 2004, now works as a football agent.

He is also the president of the National Association of Nigerian Professional Footballers (NANPF).

Babangida joined Ajax in the summer of 1996 in a long-anticipated €5 million move. He appeared in 29 league games, scoring four goals in his first season with Ajax.

He played an important role in Ajax’s European campaign, scoring three goals, including one against Auxerre in the group stages, and the winning goal in the second leg of the UEFA Champions League encounter with Atlético Madrid at the Vicente Calderón Stadium, that put Ajax through to the semi-finals of the competition.