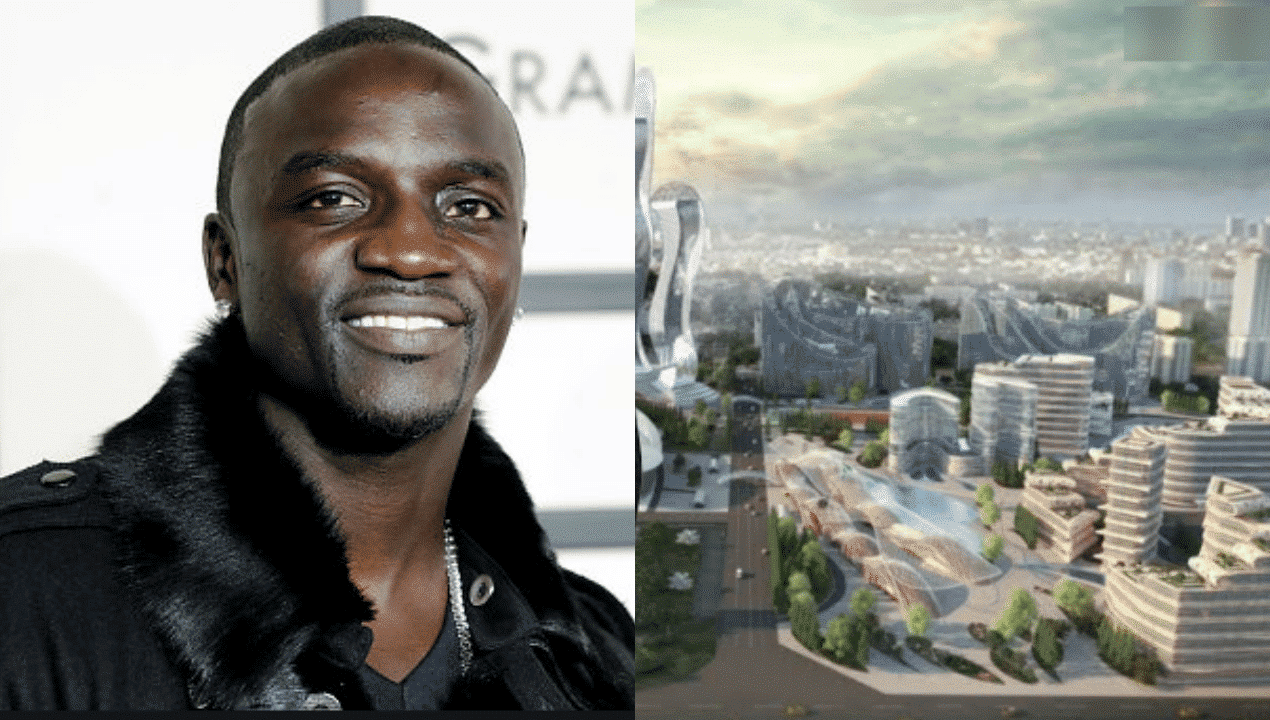 Popular singer, Aliaume Damala Badara Akon Thiam, better known as  Akon has revealed his plans on building a sprawling $6 billion city in his Senegal homeland to welcome Africans of the diaspora to their “home back home”.

According to the R&B star who boasts two multi-platinum albums, he had laid the first stone for the city in the Atlantic Ocean village of Mbodiene around 100 kilometres (60 miles) south of the Senegalese capital Dakar.

As he was growing up in the US state of New Jersey, where his family moved when he was seven, Akon “ran into a lot of African-Americans that didn’t really understand their culture,” the 47-year-old said.

“So I wanted to build a city or a project like this that will give them the motivation to know that there is a home back home,” he said, adding that he had received the blessing and advice of Mbodiene’s elders.

Akon City will offer hotels, a university, hospitals, business and leisure centres including a casino, as well as movie studios, all featuring futuristic designs by architect Hussein Bakri, with African sculptures for inspiration.

Speaking alternately in English and Wolof, the dominant language in Senegal, the talent with hits including “Locked Up” and “Smack That” said that Akon City would also include a “village of African cultures”.

“As you come in from America, or Europe or anywhere in the diaspora, and you feel like you want to visit Africa, we want Senegal to be your first stop,” said Akon, whose real name is Alioune Badara Thiam. The musician and green entrepreneur who set up Akon Lighting Africa to boost solar power on the continent said the new city would be built using renewable materials of African origin to the extent possible.

He said the project would cost an overall $6 billion but would not name the principal investors because of confidentiality clauses.

“We are still talking with partners and investors,” Akon said, adding that local investment “no matter how small or how big” would be welcome. – No ‘pipe dream’ – Akon said he told Bakri — who accompanied him at the press conference — “I need a building that looks like a statue that you can take home… like real African sculptures that they make in the villages.” He added: “The shapes might be weird, but they are African.” Work will start early next year, with completion of the first phase set for 2023.

The town will initially cover some 55 hectares (135 acres) but grow to 500 hectares by the end of the decade, with plans for artificial islands and a marina that can accommodate cruise ships. Bakri said the city’s population would eventually reach 300,000. Senegal’s Tourism Minister Alioune Sarr hailed the project, saying he hoped it would give the lie to “Cassandras… who always view new projects as pipe dreams” and vowing to help see that it is completed on schedule. Akon, who said the project would benefit the local people, notably young Senegalese, is not the only international star with West African roots involved in such investments. British actor Idris Elba — son of a Ghanaian mother and Sierra Leonean father — plans to build an eco-tourism complex on an island off Sierra Leone. Elba visited the former British colony in December last year.