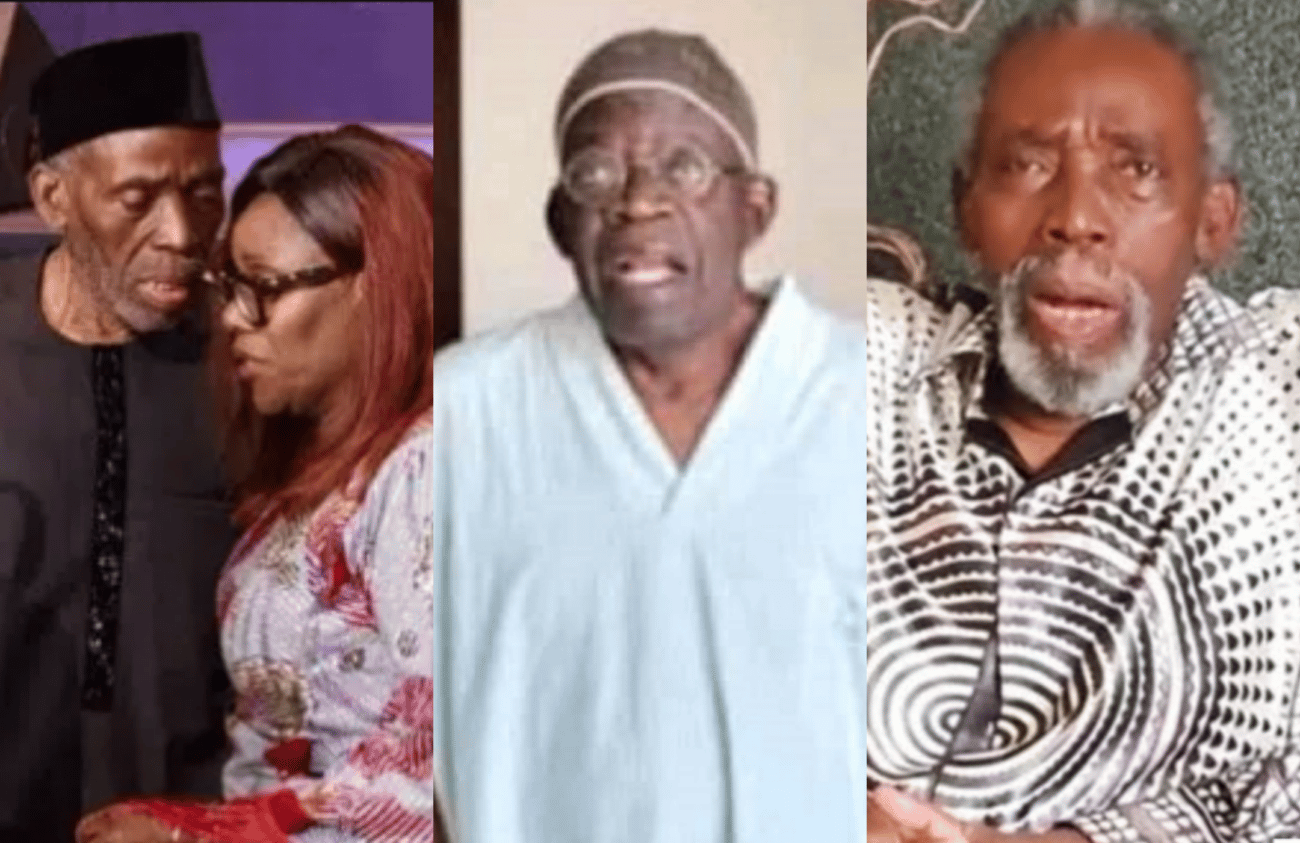 The rally which kicked off on Monday, October 3rd at Onikan Stadium and spanned Lagos Island saw celebrities, market women and professionals from various fields wearing t-shirts with APC’s logos and inscribed words.

Following the report, many Netizens expressed disappointment in Joke Silva and Mercy Johnson for pitching tent with the party.

Nigerians dragged her mercilessly on social media, causing her to make a post on her Instagram page.

A lot of Nigerians questioned her moral justification and asked where she left her ailing husband, Olu Jacobs.

Olu Jacobs dragged through the mud

Olu Jacobs is currently being dragged by Nigerians despite his health condition. One IruefiNG questioned why Joke wouldn’t allow her ailing husband near a movie location but would endorse another “ailing” man to become president. She wrote; “Joke Silva won’t let her husband Pa Olu Jacobs take movie roles due his deteriorated mental and physical condition caused by Parkinson’s disease, but she wants Tinubu who is also a patient of the same ailment to be a whole a$$ president, is this not madness? Are you kidding me?”

In another tweet, she wrote, “I haven’t even started. Pa Olu Jacobs is in the same physical and mental condition as Bola Tinubu, he has stopped taking movie roles for years due to his ill health, Joke Silva won’t even let him do that, but she wants Tinubu to be our president, God pun!sh am, nonsense!. The fact that there’s an outrage that Tinubu was compared to Pa Olu Jacobs due to the similar ailment they both suffer is enough reason to know that you are supporting the wrong candidate. Why else are you offended? Funny BATISTS.”

It is all about interest and where bread is coming from pic.twitter.com/Jjf93FpA3i

Joke Silva would never let Olu Jacobs with dementia manage his/ her resources cos she knows he isn’t fit , but supports an old man who Olu jacobs looks healthier than out of greed. https://t.co/thIOobtgD2