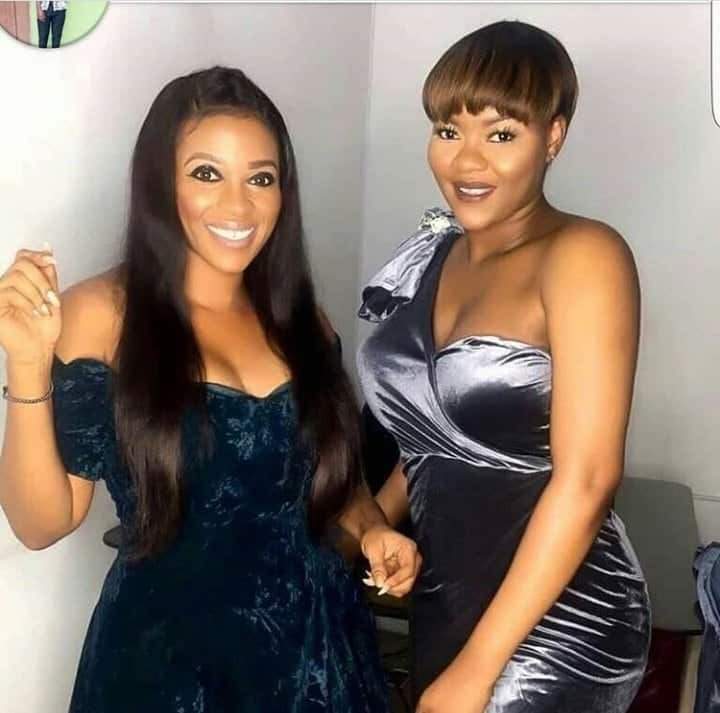 The Nollywood industry comprises of different categories of people, just as we have siblings like the case of Dakore Egbuson and Timini Egbuson, we also have celebrities who are twins!!

Well, for most of them, their twin sisters or brothers are not so into the entertainment industry but we know them.

The first set of twins are Taiwo and Kehinde Bankole, they are the fourth and fifth child respectively in a family of six, her twin sister Taiwo Bankole is into event planning but also acts occasionally.

If not for the slight height difference, we bet you might not be able to tell them apart.

The resemblance between actress Eniola Ajao and her twin sister is top notch as they have everything in common down to their gap teeth.

Nollywood actress Mary Lazarus has a twin brother named Joseph, bet you didn’t know about that too.

Both born on the 5th of may, mary who is yet to get married is into the entertainment industry while her brother is a happily married businessman.

The gorgeous actress Eku Edewor is a twin, can you believe that? Georgina Eku- Edewor- Thorley was born in port land hospital London alongside her twin sister kessiana.

An half cast with a Nigerian mother and a British dad, the Edewor-Thorley twins have a sticking resemblance. Her twin sister isn’t into entertainment but has featured in a printing advert.

Actress Taiwo Aromokun was an A list actress in the Yoruba movie industry before she relocated to the US , she is a twin just as we can depict from her name and also gave birth to twins, two boys at that.

Her twin sister simply identified as tweetykenny002 on Instagram is a calm and private person.

Actress Taiwo Aromokun has also kept a low profile since she relocated to the UK and much hasn’t been heard from her.