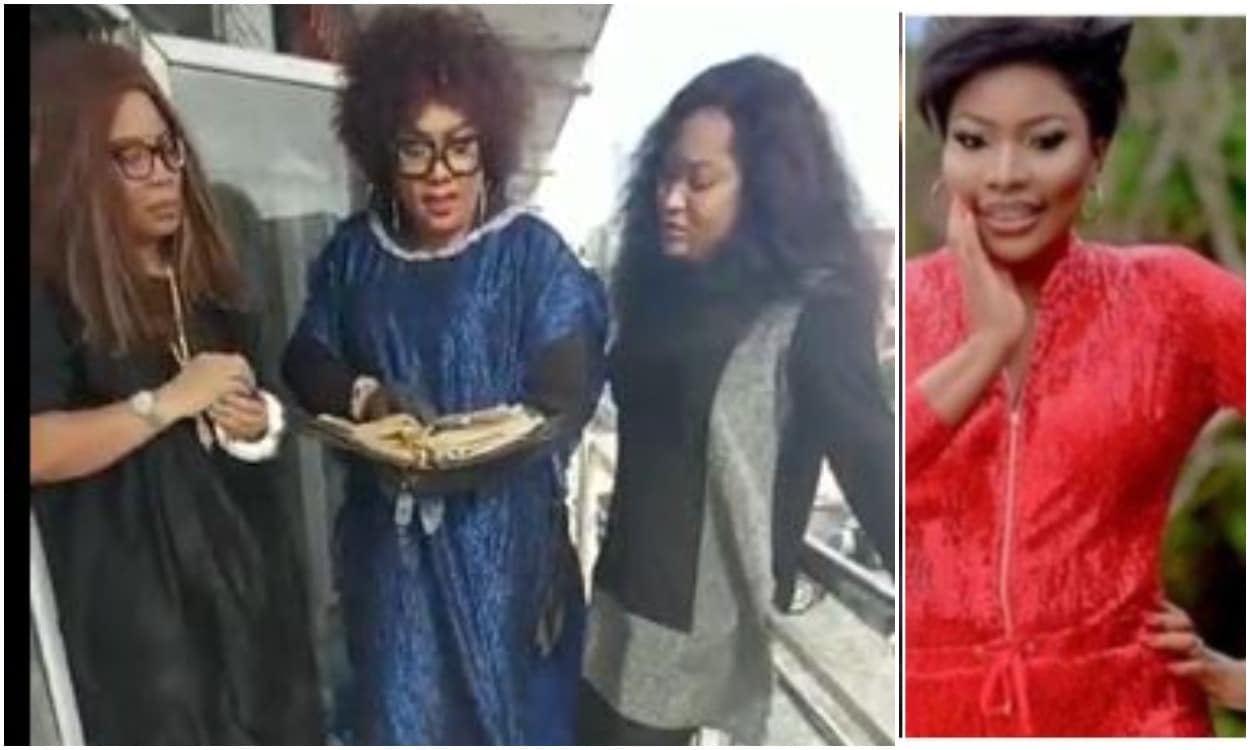 In the video shared on social media, Eucharia Anunobi was pictured in the premises of the vandalized store, holding a bible while praying viciously for the wrath of God to befall all those who claimed Uche Elendu was chasing clout. The veteran actress proclaimed that all who accused Uche never set up a shop of their own in their lifetime.

This is coming days after Doris Ogala publicly called out Uche Elendu for allegedly lying and seeking funds for her looted business. According to Doris, Uche Elendu’s store was not looted neither was her properties vandalized. She further threatened to expose her if she did not release the names of the real owners of the store.