Nollywood actress Yomi Fabiyi has set aside his long time beef with his colleague Adebimpe Oyebade as he took to social media to celebrate her marriage with Lateef Adedimeji.

Sharing photos of the couple on his Instagram page, Yomi Fabiyi wished Bimpe Oyebade and her husband Lateef Adedimejiall the best in their marital home.

He wrote: Happy Married Life Bimpe & Lateef. I wish you both the best in your marital home.. Eyin iyawo o ni moo eni oh. E ra rug or use tiles oh. CONGRATULATIONS. I am still the first, original and only industry baba iyawo. Lateefuu bring my bride price oooo, if not ija sese beere.

Reacting to Bimpe’s comment, an Instagram user referred to how Yomi Fabiyi consistently shades the actress on his social media page and calls her unprintable names.

According to the actress, the primary reason for Yomi Fabiyi’s action is that she didn’t make herself available for his sexual needs despite how much he had pressured her.

The actress added that Yomi Fabiyi needs to be stopped stating she is thankful for God’s grace because she would have given up her acting career a long time ago. 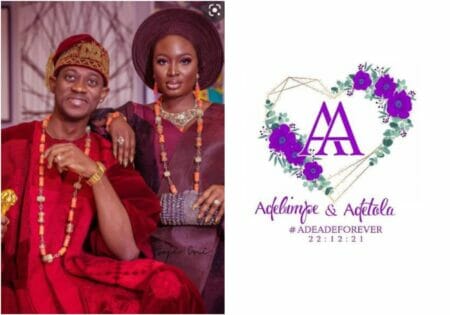 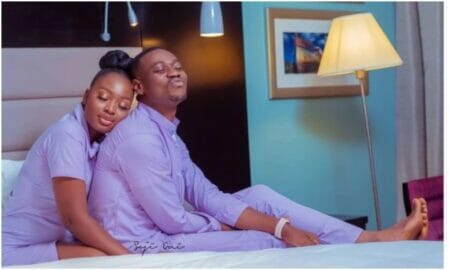 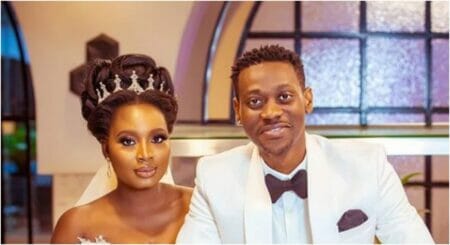 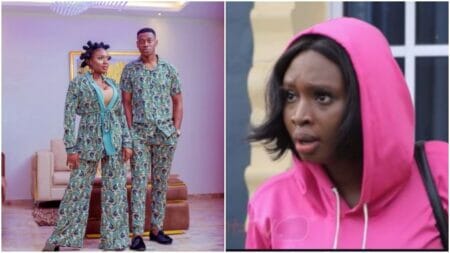 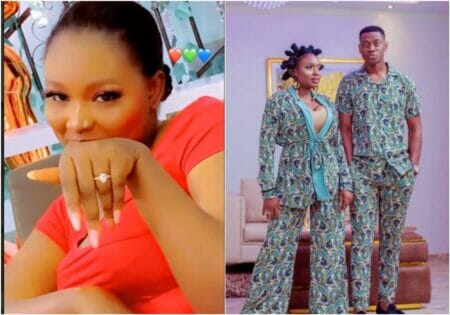 Why would adults be dating and denying each other? Fans react to Bimpe Oyebade’s alleged pregnancy and engagement to Lateef Adedimeji

With her full chest, Actress Bimpe Oyebade flaunts her engagement ring after saying Lateef Adedimeji is not her type of man