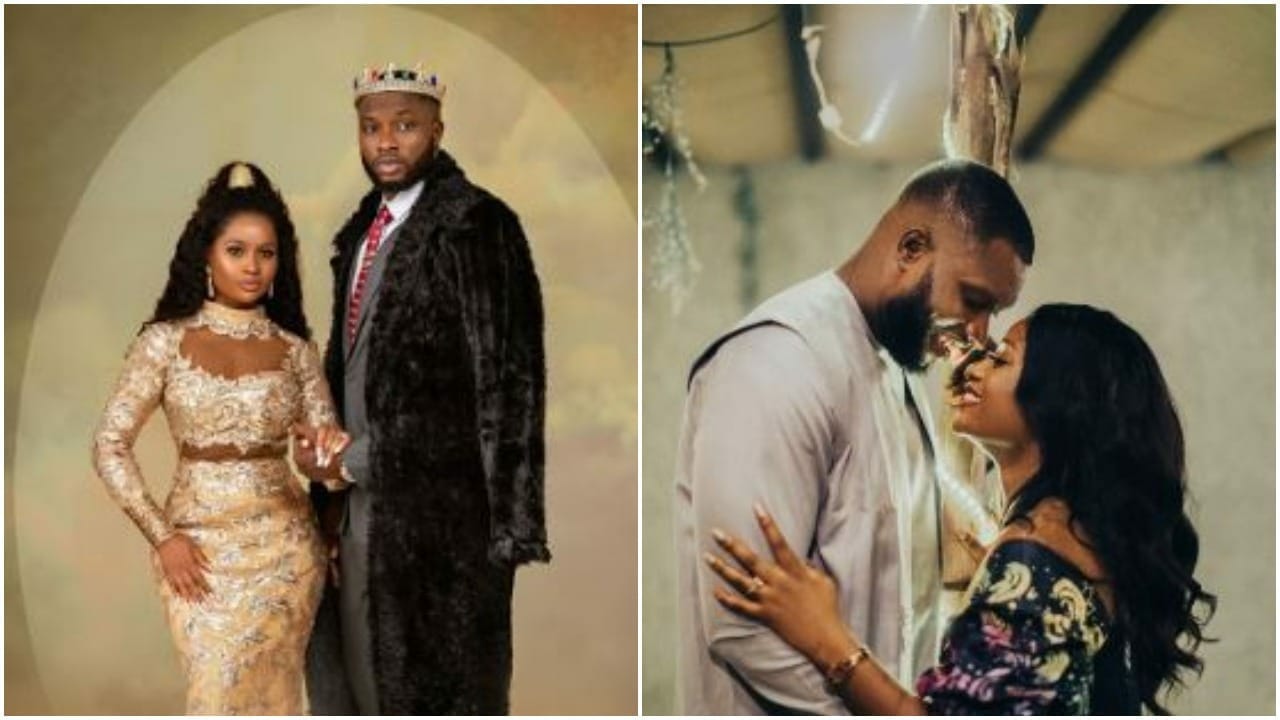 Barely one year after a societal wedding that left social media users gushing over their breathtaking wedding photos, the marriage of Nollywood actor Emmanuel Ikubese and Anita Adetoye has reportedly hit the rock.

Kemifilani recalls that before their wedding, the couple was dropping bits and pieces about their love story.

Well, it appears that things may have gone sour after the couple unfollowed each other on Instagram, and the wedding pictures were also deleted.

Check out some of the reactions on social media;
Oyinyechi wrote: Emmanuel deleted his wedding pictures?

Yesitsjeal wrote: she deleted too.

Glizy_cynthia1: Omo whats this gist about Emmanuel Ikubese and Anita Brows marriage. I mean they just got married.

Olatone: I just confirmed even Emmanuel did, i am just sad. I love her too much.

wendypeterschere: Woh,,Marriages can be very scary these days, but i pray for anybody seeing my comment now, you will get married to your best friend and it will last🙏