Actor, Debo Adedayo, popularly known as Mr. Macaroni, has reportedly settled his viral case with his alma mata, Redeemers Univerity, outside of court

The former president of Redeemers University Student Association, RUNSA took to his Facebook page to announce that he has resolved his case with the University management yesterday, June 14,2018 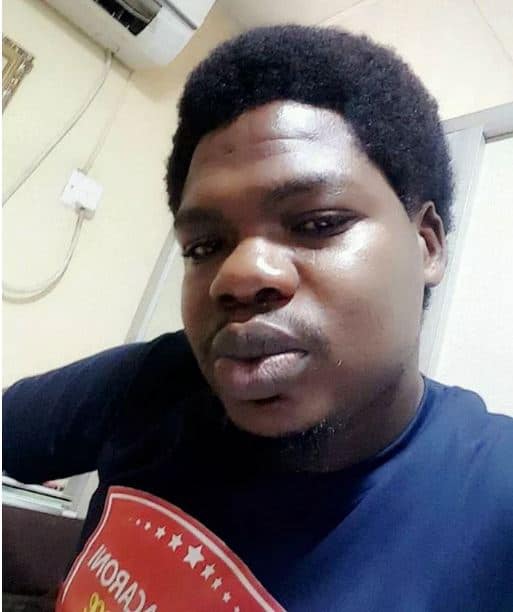 Few days before his graduation from his University, Redeemers University, he got expelled over a post he made on his Facebook Page.

According to the University, Debo’s Facebook post was offensive and portrayed the university in bad light, an act that constitutes serious misconduct and punishable by expulsion.

Sharing the video of the beautiful announcement, he captioned it;
UPDATE: REDEEMER’S UNIVERSITY Vs ADEBOWALE ADEDAYO-
I wish to inform Family, friends and the general public that the case between Redeemer’s University and I has been officially settled out of court, yesterday June 14th, 2018. I sincerely want to thank each and everyone of you for standing by me. Pls forgive me if I leave out any names. I will still reach out to everyone individually. I can never thank you all enough. God bless you ?❤️

At the time of the pressing issue which led to the confiscation of his certificate, he raised an alarm to the general public in a post which read; 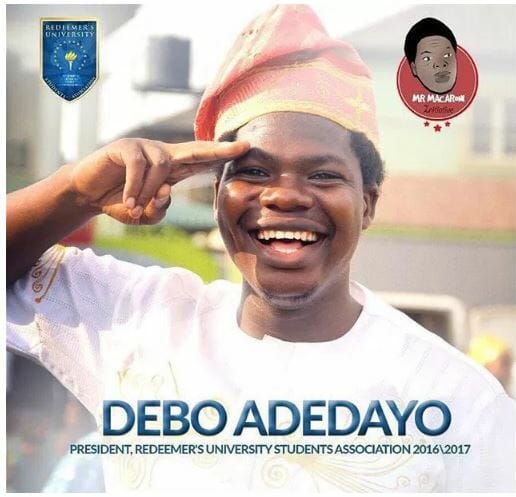 Most of you would observe that I have been silent about Redeemer’s University lately. For those of you who know about my University life, most of you called me and sent me series of text messages 2 weeks ago asking why I didn’t go for my convocation.. this and that… as it was quite clear that I should have graduated in flying colors.

First as Social Director in my 300Level and then as President of both the student association and the graduating class. I ask anyone reading this to call anyone he or she knows in Redeemer’s University including the management that dislikes me so much and ask who Debo Adedayo (Mr Macaroni) is.

I left Redeemer’s University a debtor. All my life savings was used in paying school fees for other students and making sure students were at least comfortable in the most possible way. Please just ask around.

For me, leadership was and still is service, selflessness and sacrifice through discipline, integrity and accountability to those we as leaders claim to be of service to and by God’s grace in whose name I swear, this was what I stood for.

I wrote my final exams, defended my project and was awaiting convocation when I was summoned by the management of the University saying I posted certain things that put the University in bad light.

That I wasn’t given the joy to graduate on that day I waited patiently for broke my heart. Yet, I was willing to let that go out of love for my University.

Now look what I have been greeted with. I am trying to understand the reasons behind this action by the mgt of the University.

Could it be because for the first time in history, my administration refused to give the Vice-Chancellor and Director of Student affairs awards on our students appreciation day as we reached the conclusion that they didn’t deserve it?

I can go on and on, but I would simply rest my case for now as my parents have decided to take legal action against the management of the University.

I am bringing this to your attention because of the concern you have all shown and also so that everyone I have advertised Redeemer’s University to can see how exactly I am being paid back for my dedication.

You haven’t heard the last of this. Thank you. P.S: all comments or opinions shared on my page in no way represent my position about the University or anyone in it. Please be advised. 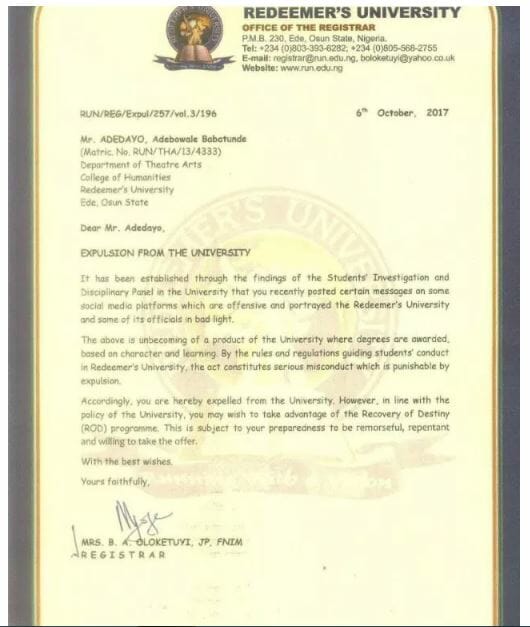 This is the reason why I have been expelled from Redeemer’s University after years of passionate service and sacrifice to the University. I didn’t lead a riot as president of the Students Association, I didn’t steal, I didn’t fight, I didn’t break any rules and regulation.

I posted this after a meeting with Prof Wande Abimbola. The school mgt invited me for an ‘interaction’ and right there, I was told that the school mgt feels that this post is about them.

I repeated times without number that the post is simply an expression on issues of life and has nothing to do with Reedemer’s University. They however wanted me to admit by all means necessary that I was referring to the mgt of Redeemer’s University which I refused to.

I was asked to Go and weeks later I was denied the joy of attending my own Convocation. Now, I am greeted with a letter of expulsion for this post that I insist wasn’t for Reedemer’s University or anyone in it.