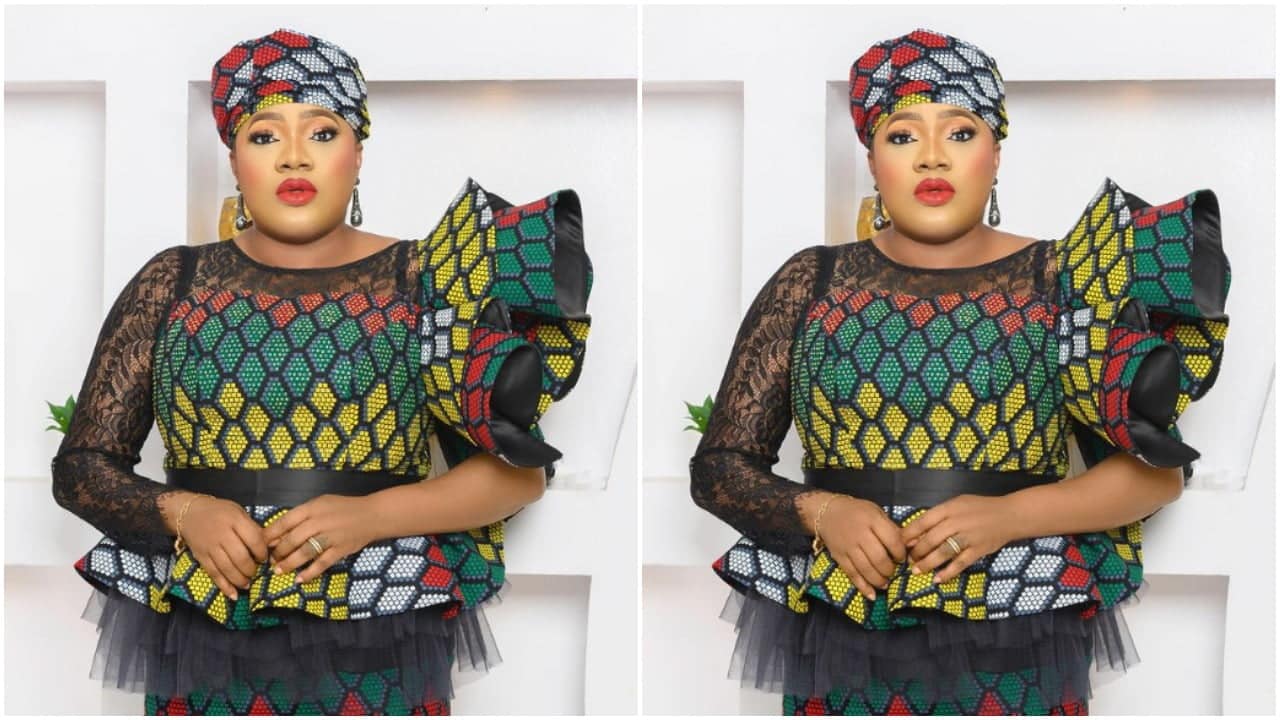 Nollywood actress and filmmaker, Toyin Abraham has distanced herself from real estate company, Revolution Plus.

This action has also been hailed by her fans who noted that a good name is better than gold and silver.

“For those who are observant, You would have noticed my inactivity about the Revolution Plus brand. Got the purpose of business confidentiality, I won’t be going into the back and forth that happened between us, but I can let you know freely that I have stopped working with the brand and all official engagement between us stops by 31st of this month. I am grateful for the opportunity and I am so sorry for those that have experienced inconvenience working with them. I wish the company well in its future dealings and strength to deal with existing issues,” she wrote on her verified Instagram page.

Seun Sean wrote: ” And the “strength to deal with existing issues “ that one na deep prayer o.”

Atinuke Akintayo wrote: A good name is bette than silver or gold. I respect your decision world best.

Yemisi Kunlipe wrote: Well Done world best. This is how to keep your integrity intact. Honesty in everything we do.

This comes after the actress and her colleagues; Odunlade Adekola, Broda Shaggi and Testimony Jaga came under criticism amid allegations of fraud against Revolution Plus, a real estate company they represent as brand ambassadors.

Late last year, several customers had accused the company of failing to allocate properties to them after they made full payment.

But in a statement on its Instagram page the company dismissed the allegations, adding that the firm “was built on integrity and trust.”

The company also said it is currently reviewing the complaints from its customers. It assured that all its customers would be attended to in due course, adding that allocations are usually done in batches.

“We wish to state that as it is with every business entity, there will always be a few dissatisfied customers but we wish to make some clarifications on the series of complaints and allegations leveled against us as this will enable us resolve all underlying issues,” it read.

“As a result of the high volume of subscribers who subscribe to our estates, allocations are often done in batches and often times we may exceed the time frame given for allocation.”

The caption of the post read in part: “The statement further exonerated the company’s brand ambassadors Odunlade Adekola, Toyin Abrahams and Broda Shaggy of any wrong.”

In the heat of the controversy, several aggrieved clients took to social media to drag the entertainers for representing the company despite its alleged involvement in fraud.

But in their reactions, the entertainers called on affected customers to exercise patience, assuring that the issue would be resolved.

In an Instagram post, Abraham had said she has already reached out to the company. She also dismissed claims that she had left the real estate brand.

“I am not leaving the brand as I can say they keep to their words, it’s just that we have issues that need to be resolved,” she wrote.

The actress, who said she is saddened by the incident, added: “Revolution Plus Property is not a scam. They are not out to defraud anyone. This I can tell you. I am deeply sorry for the inconveniences caused. If there’s one thing I don’t joke with it’s trust.”

On his part, Odunlade wrote: “Trust me, I am seriously working in the background to enable swift action and I promise the issue will be resolved in no time.”

Broda Shaggi and Jaga also shared the statement released by the company on their individual handles.