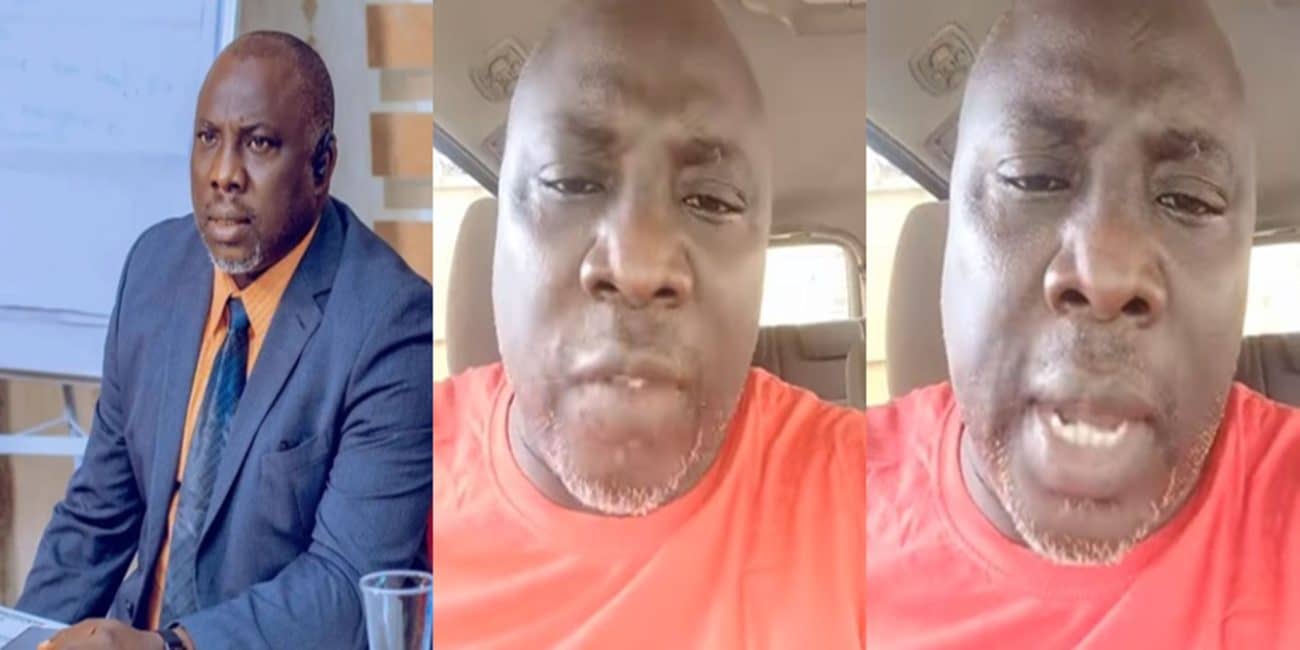 Seasoned Nollywood actor, Raphael Niyi has taken to social meida to cry out over a blackmailer who wants to expose his nude tapes.

According to the actor, a certain man has been bombarding him with calls and threatening to blackmail him by leaking his nude tapes to the public if he does not pay him some huge amount of money.

Niyi who confessed that he truly has some nude tapes, justified his action by saying that in his line of work itis very easy to make such mistakes and his wife is aware.

The actor who said the blackmailer has been on his tail for the past three days and he is not ready to pay a dime to him used the opportunity to appeal to the public to be on the look out for the tape an should not be caught unaware if the blackmail decides to go release the tape.

‘Hello everyone it is with a heavy heart I come to you to tell that I have a blackmailer on my tail, threatening to go public …claiming to have a nude videos of me … I am not one to give in to blackmail..I have told him to go ahead… my wife and family are already aware… I told them when this thing happened. In my line of work anything can happen, I do videos… if by an act of commission or omission you happen to get my nude and you are now saying you want money with it, it is not going to happen with me… I am also working on him but I want you all to be at alert when this thing happens’. He said.

Nigerians have reacted to a leaked audio of Sandra Iheuwa pleading with her ex husband, Steve Thompson in a bid to salvage their marriage.

Kemi Filani news reported earlier on that the estranged couple had resumed dragging each other again.

In a viral audio, Sandra Iheuwa could be heard pleading with her ex to take her back as his wife.

In the said audio, Steve Thompson, was adamant on calling things off with Sandra, as he noted how she spread lies about him.

Taking to social media, many expressed disappointment in him for recording her vulnerable moment.

One King Razz wrote, “Why is the man recording the conversation self? This man ehhhh

One Nwa Akaego wrote, “When you marry a boy instead of a man, imagine recording a conversation between you and someone you claimed to love, all because of social media validation. Mtchewwwwww

One Franca Sown wrote, “There is nothing wrong with this but the man is obviously done

One Niky Beautie wrote, “It’s her husband and her marriage I don’t see anything wrong in someone trying to make things work out btw them the man dey mean Sha the NO loud

One Tracy Ikhille wrote, “You destroy the marriage on social media during the day but beg at night? This woman needs to get therapy. And she attracts crazy men they prey on her vulnerability on bring out the worse in her just to publicly humiliate her.

One Nat wrote, “There’s nothing wrong with a woman trying to make her marriage work but don’t ever do it. Move on Sandra. Steve look for you by himself and if he doesn’t let it go. Even with the kind of sisters Steve has, they’re contributors of problem to her marriage with Steve. Sandra, leave him and focus on your children. Steve is not man enough

One Marsh Mellow wrote, “But this woman has been shading this man since, calling him an exposed illiterate and shaded his car….he drops this and y’all are calling him names? The name he shouted NO!! Omo, Ma only am know wetin him eyes done see

One Ijelen Nwanyi wrote, “Please what is wrong with a woman begging for her marriage to work?Is it a crime to love? Some of you beg your husbands even when he cheats on you and you are here mocking Sandra”.

Previous ArticleYour death is hurting me – Singer Skales laments as he announces the death of his mom
Next Article 2023: Peter Obi winning election will be “miracle of the century”