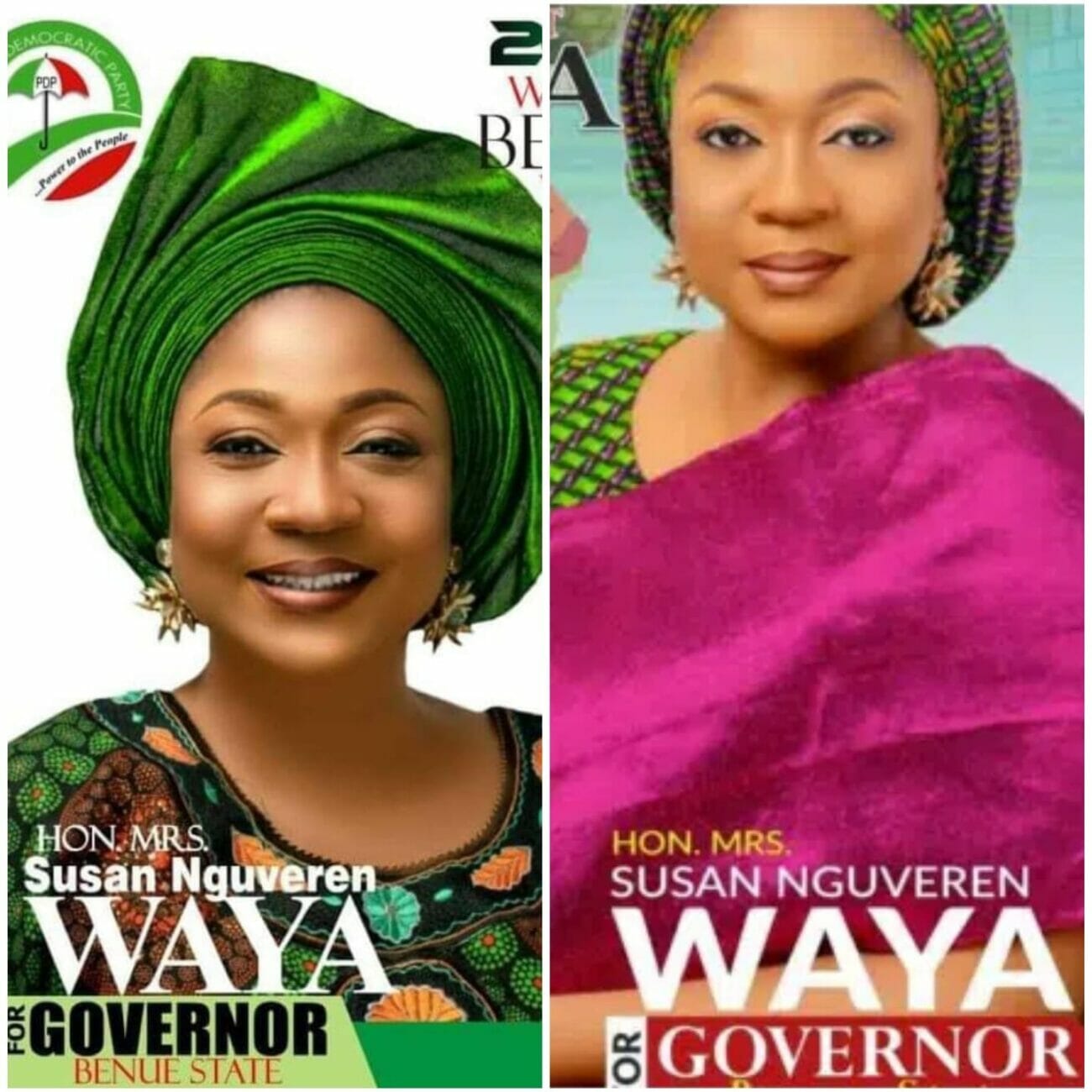 Hon. Mrs Susan Nguveren Waya, the mother of ex-Big Brother Naija star, Kiddwaya, has promised to create 90,000 jobs in Benue if elected Governor of the state in 2023.

A key member of her campaign team, Fred Kole, disclosed this to journalists on Friday.

He said that Mrs. Waya and her team had over 14hours of strategic planning and brainstorm session on job creation in Benue state.

According to Kole: “While others were busy packing their bags for convention jamboree in Abuja, my principal and her team had over 14hours of strategic planning and brainstorm session on job creation in Benue state.

“Hon.Mrs Susan Nguveren Waya, will create over 90,000.00 jobs in Benue state if elected(take this to the banks).

“We all agreed that, raising IGR will only be possible if we stimulate more activities in the MSMEs which accounts for 60-70% of total number of employed Nigerians.

“Our strategic approach to achieving this feat include but not limited to;

“1. Educating Benue electorates on the need to avoid opposition politics come 2023. Our state should align with the goverment at the center for strategic development goals.

“2. Rather than have indolent senior special Advisors, special this and special that, who all draw salaries from state account without measurable value, we will engage lobbyists who will earn commission on deals they close out in favour of the state.( All serious goverment and multinational organizations have them).

“China has the largest hydroelectric complex that generates 22.5 Gigawatts of electricity.

“We will employ smart Solutions in turning our coastal gold mines to ecomonic hubs capable of contributing substantially to our IGR.(River Benue stretches 1400km)

“Ethiopia exports footwear to USA on a steady rise, prompting Chinese firms to set up footwear industry in Ethiopia. Have you thought of the endless opportunities with the quality of footwear produced in Benue?,” he asked.

KemiFilaniNews recalls that Mrs. Waya has begun her gubernatorial consultation in Benue State.

The billionaire wife who recently made known her intentions to run for the office of the Benue State Governor in 2023, has toured the three senatorial districts of the state consulting elders and party faithfuls, and soliciting for the people’s supports.

Benue Celeb news today celebrity gossip news today Kiddwaya Kiddwaya's mum naija celebrity news Nollywood
Previous Article‘He can roam the world, but he will always return to me’ Actress Rosy Meurer knocks fan who criticised her husband for scoping Angel
Next Article ‘Next time you see me, you may now call me doctor’ Actress Jaiye Kuti brags as she bags doctorate degree